The men in the field were given the option to be arrested as traitors and locked up to await trial, or to return to their duty to protect the gold and other mines and the people of Dacia.  The auxiliary units selected by General Pontius were given a similar option, to return to their places on the roads and their village forts and guard the roads and the people, or face execution.  Everyone chose to go back to work with the understanding that any action to support the Mithraic rebellion would mean instant crucifixion.

“We can’t keep this many men locked up in Porolissum,” Festuscato explained.  “These are mostly good men and good soldiers outside of their perverse worship.  Rome can’t afford to lose good men.  But here is the thing.  If the Scythians and whatever Mithrites they bring to the border can overcome us, Rome will be in far more trouble than whatever these few hundred men and half-dozen auxiliary units can do.  But if we beat back the Scythians, and I have every good hope that we will, then we will also have saved some good men for Rome.”

“Your confidence is contagious,” Alesander said.

“But what do we do about the general and his staff and officers?” Centurion Hadrianus, leader of the escort cavalry troop asked.

“Well,” Festuscato drew out his answer.  “If I was home, I would turn them over to Gildas. He has a favorite expression. “Kill the Bastards.”  Festuscato looked at Darius and smiled.  “But as a Senator

of Rome, steeped in Roman tradition to the point where the pot has boiled over, and carrying a small reflection of a spark of Justitia as I do, I understand justice has to be considered. I recommend you hold them in irons and refuse to hear their case on the grounds that you might not be objective, and I would send them back to Rome at the first opportunity with a letter explaining their duplicity with the Scythian Mithrites.  Let Antonius Pius hear the case, and may he have mercy on them; but at least they will be out of Dacia.  Then I would write a letter to your friend Marcus Aurelius and suggest he send true Romans as replacements, and you would not even mind Christians if he wants to get the Christians out of Rome, but if he sends more Mithrites, you will just send them back.”

“Sounds reasonable,” Darius thought about it. Festuscato made a pucker face.

“So do you want to kiss me now or wait until we get back?” Darius jumped back.  Alesander laughed, and Centurion, soon to be Tribune Hadrianus raised both eyebrows.

Rhiannon walked up to Greta and Mavis who were seated in chairs that Greta had the morning guard bring out to the battements. “The enemy looks endless,” Greta sighed and began to plan for an orderly withdrawal and evacuation of the town, should that prove necessary.  Scythians were riding off the distant mountain in one long line, and they were settling on the hill across the valley.

“We will have to find the tail of that dragon and feed it to the mouth so it can consume itself.”  Rhiannon waved her hand and a third chair appeared.  She sat carefully in her armor.  It was well made chain and leather, not unlike the armor Greta wore when she wasn’t busy being pregnant, but it did not look worn very often so it appeared a little stiff.

“Twenty-five hundred from the hills beyond the mountains isn’t very much, but they do need to start integrating.  I am glad I remembered the auxiliaries from Britannia, Gaul and Hispania scattered around the province.  I can weed out the ones like Chobar and his Dogs from my people.

I’m sorry.  I can’t vouch for the Egyptians and Syrians and others.”

“Quite all right.  Four thousand total almost doubles our number.  With Bragi and Drakka raising a thousand local Dacians, that gives us ten to their ten.  The Scythians do have ten thousand, don’t they?”

Rhiannon nodded again, but she said nothing out loud.

“Ladies.”  Father stepped up and Rhiannon waved her hand to make a chair for him.  “Very considerate,” he said and sat with a great sigh.  “I’m disappointed with my own people.”  He stepped right into the conversation.  “But I understand their reluctance to fight for the Romans.”

“They think if they stay home they can defend their farms if the Scythians get that far,” Rhiannon suggested.

“Sergeant.”  A watchman interrupted their conversation.  “We got more coming from both the left and the right.  They must have come through the mountains in other places.” He pointed, the Sergeant swore, and called several men to send word to different outposts and to the command tent.

Greta shaded her eyes and took a look to the left and right.  “Mavis,” she said, and Mavis took a good look.

“I see sun symbols and lion-headed representations on the left.  I can’t tell on the right because the sun is glaring.”

“You can see that far?” Father squinted. 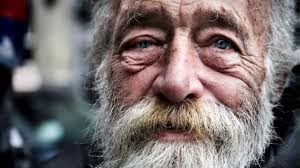 “Lazyges and outsider Dacians on the left,” Rhiannon said.  “About ten thousand.  And on the right, Costoboci, Capri and Roxolani.  Another ten thousand.  You’re welcome.”

“Not fair,” Greta complained.  “We paid the Roxolani to stay away.”

“My guess is they used the money to buy weapons,” Father said.

“Sergeant,” Greta called.  The Sergeant came over and listened carefully while she explained the new arrivals.  Rhiannon had gone and took her chair with her.  Father stood stiffly, and his chair disappeared.  Greta and Mavis stood and Greta watched as the messengers returned and went right back out again.  Greta waved to a soldier and thanked him for the chairs while Mavis took her arm and Father’s arm and walked them back to the house for lunch.  After lunch, Greta planned to take a nap.  Then she had to work on a serious plan of escape, should that become necessary.  Greta was not good at panic situations, and tomorrow was going to be a long day.

The Battle Lines are drawn and tested.  Until then, Happy Reading 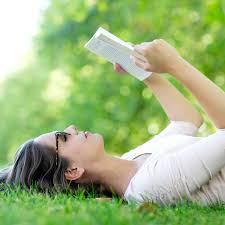