“Scythians.  Thousands of them on the main road just over the mountains.  They will be here in three days, and it is just Chip if you don’t mind.”  Chip, older than Snowflake, appeared as a fifteen-year-old in his big form.  That made him a full-blown teenager, and Father had practice dealing with those.

“Mavis,” Greta nudged her handmaid who had hardly left her side since Greta arrived in Porolissum.  “Take Chip to find Darius.  Give Darius the message and then come back here.”

“What are you thinking?”  Greta’s father asked and waited for Greta to answer.

“General Pontius left the legion fort two days ago. He will be here right at the same time as the Scythians.  How did he know when to start for Porolissum?”

“He had to have got word from the Scythians to time things so well.” Father came to the obvious conclusion, and Greta confirmed as much.

“Darius, Alesander, Bragi and the others have been arguing about whether or not to trust General Pontius.”

“I have heard the arguments,” Father admitted. 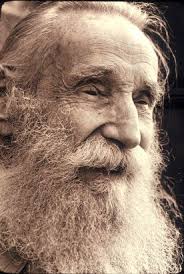 “I would say this is circumstantial evidence, but it says don’t trust him.”  Greta moaned a little.

“The baby?” Father asked and held out his arm for her before he paused to rub his own leg.

“My ankles are swelling in this cold and rainy weather,” Greta answered.  “I calculated the middle of June, but I may have miscalculated.  I may be entering my eighth month now.  I may be due in the middle of May, about six, not ten weeks from now.”

“I could limp you home,” Father offered.  He did that, but as they got to the door, Greta had to ask.  “So, no questions about the fairy?”

“Only if you want to tell me,” he said.  “I decided a long time ago some questions were best not asked.  I decided that back when Mother Hulda died, and then that awful woman, Brunhild came to town, and then you disappeared into the haunted forest.”  Greta reached up and kissed her father on the cheek.  “Of course, if your mother was here, I would ask her.  But that is safe because she doesn’t know anything.”

“Papa!”  Greta protested and went inside only to find Snowflake in her natural fairy size, wings fluttering, riding a wooden toy horse across the kitchen floor while Padme followed with her doll and Karina stood at the wash basin on the kitchen counter where she was washing up the breakfast dishes.

“Careful, young woman.”  Karina spoke kindly to the fairy.  “You are supposed to be watching Padme, not encouraging a madhouse.”

“Icechip came by a few minutes ago,” Greta said as she found a chair to sit while Father went into the other room to rest by the fire.

“Another fairy?  How many fairies do you know?” Karina asked and dried her hands.

“All of us,” Snowflake said.  “And elves and dwarfs and spooky dark elves and everyone.”

“Lady,” Mavis came in, followed by a streak of light. Chip caught Snowflake and they circled and danced in mid-air while Karina scooped up Padme.  “Everyone is coming to discuss what to do,” Mavis finished her announcement.

“Father,” Greta called, and she heard the moan of an old man who would rather be taking a nap.  “Snowflake.  You need to sit on my shoulder and be quiet.”  Snowflake flew over, Chip beside her.

“Yes, Lady,” Snowflake made herself comfortable. Father did not have far to go to sit in the end seat.

“Chip.  You need to sit on my father’s shoulder, and please don’t say anything unless you are asked a question.”

“Yes Lady,” Chip said, and to Father he added, “It is an honor, sir.”  Father brushed off his shoulder with one hand and when Chip got seated, Father found he had a few questions after all.

As Darius, Bragi and the others came in for the meeting, Karina spoke just loud enough for Greta to hear.  “Padme and I will be in the back, sitting on the pot.   I am sure we will be more productive than one of your meetings.”

The troop rode through the night and arrived at the legion camp well before dawn.  Everyone had their assigned tasks, and they moved swiftly after swearing the guards and the night watch to silence.  The word they put out was the Scythians had been spotted and they were there to discuss the situation in Porolissum, just in case word went ahead of them.  There always seemed to be one suck-up who would go running to the General.  They claimed to be gathering the officers for a conference, but in truth they rounded up two tribunes, six centurions, a dozen top sergeants, a standard bearer, a trumpet master, three scouts and several other commanders, and they arrested them along with the General.

Mithraism remained a religion whose ceremonies and sacraments were closely guarded secrets of the initiates.  But Mithraism itself got on the list of officially approved religions of the empire because Mithrites could also claim to worship the traditional gods of Rome, and even sacrificed to Antonius Pius’ dead wife, the love of the divine emperor.  Because of this, many men were open about admitting they were Mithrites. Christianity, by contrast, did not get on the acceptable list, primarily because Christians only worshiped Christ. Christians refused to participate in the pagan worship and festivals around them and steadfastly refused to sacrifice to the emperor.  This regularly got painted as disloyalty to Rome, true or not, and at times Christians got killed as traitors no matter how much they protested.  Thus, Christians tended to keep to the shadows in most places, but in this case, Darius and Alesander sought them out.

One hundred confessing Christians brought down from Porolissum now formed the foundation for the guards who held eight hundred Mithrites in an open field.  General Pontius had been working on his legion over the years, but affecting the various transfers seemed a bureaucratic nightmare and a very slow process. The general’s staff all got arrested, but some of general’s officers and troop commanders appeared to be Mithras free.

“Of course, we will still have to watch them.” Alesander stated the obvious.