Briana seated next to Hobknot the hobgoblin might have made her supper a bit strange, but Hobknot wore the appearance of an elderly man, the same as he appeared whenever he and Fae came to visit Berry in Greta’s home in Ravenshold, so this was not entirely a new thing for him, and Greta assumed that Briana, having been exposed to dwarfs, elves, fairies and goblins, would be nonplused and pleasant with the grumpy old hobgoblin, but spend most of the night with her attention on Alesander in any case.

“It is the best I could do,” Greta told Mavis.

“And exactly why I want to eat on the floor with the children,” Mavis said.  “Your brother and sister-in-law deserve to hear all about your adventures, and the children make me happy, and you know I am good with children.”  It was true.  After their nanny, Selamine, Gaius and Marta loved Mavis best.”

“If they make you happy,” Greta said and Mavis sniffed, but nodded.

Tales were indeed told, and the dwarfs, elves, fairies and goblins all got a human scrubbing to make them palatable to human ears. When it came to the Wolv, however, no one held back.  And no one hesitated to talk about Mithrite fanaticism.  “They will not hesitate to give their lives to further their cause,” Alesander said, which Father and Darius listened to closely where they might 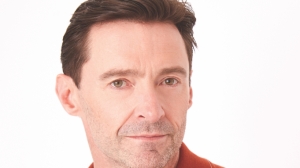 have argued with one of the women.

“But what is their cause?” Father asked.

“To crush the Germans and overrun Rome.  To turn the Empire into the Empire of Mithras,” Alesander concluded, and he stated it like a fact.  He did not say I think or I believe or I feel.

Darius took a breath and looked at Greta. Father looked at Darius and spoke. “I think they will find that Rome is not so easily overcome.”

“Surely not,” Darius said, and Father opened his mouth but remained silent.

“Surely so,” Greta countered, and Briana added a thought.

“You already tasted rebellion in the Roman ranks. Why should your legion not suffer the same?”

Father got it and stood.  He almost knocked his chair back into the fireplace.  “By the gods, we will stop them here,” he shouted.

Greta had grabbed Darius’ hand to keep him seated. Hans got Father’s chair and helped him sit again.  Alesander added fuel to the fire.

“The gods are working on it, I think,” he said. “But they will not do it for us. It is up to us.”  he looked at Greta who nodded for him and for Darius.

“We must cross our own bridges when we come to them, and if we have to build the bridge first, so be it.”

“Grandfather,” Berry interrupted with a look at Bogus. “What are you mumbling about?”

“I was just thinking your great-aunt Pincushion could win them over with a few good meals.”

Fae and Berry stared at Greta.  Berry asked, “How did you know?”

Vedix spoke.  “It is not our way to question how the druid knows what she knows.”

The town became heavily fortified by the end of March, and none too soon.  Darius had pulled his troops back from the frontier passes to shore up the border defenses in January on condition that Greta send her little ones to spy and give word of any enemy advancement.  For that, Greta turned to Willow and her winter fairies.  Most of the fairies volunteered for the mountains, like their home in the Urals, but some were willing to keep an eye on Apulum and the legion fort.

April first arrived; a day when the sun stayed behind the clouds, but no more snow fell.  It was a day when the wind whipped and turned the cheeks red before a person walked ten steps.  Greta walked with Karina and the children when a bright streak of light came up from the south and stopped in Greta’s face.  Karina stopped moving, but Padma reached out with both hands from her mother’s hip where she rode.

“Lady,” the fairy spoke in a young woman’s voice. “The whole legion is on the road. They will be here in five days.” The girl’s voice shrieked with happiness.  “I remembered the whole thing!”

“Fairy,” Padma reached for her.

Snowflake got big and appeared as a twelve or thirteen-year-old girl.  The girl looked shy and began to blush until Mavis reached for the girl’s hand to steady her.

“Mavis, take Snowflake to find Darius and tell him the message.”

“Yes, Lady,” Mavis responded and she coaxed the fairy to move away, even as the fairy recognized the children and began to reach for them.  Kurt did not buy it, but Padma looked upset to see the fairy go.

“Berry.”  Karina had a sudden revelation.  “She was a fairy.”

“She was, but completely human now,” Greta said. “Poor Hans.  He never stood a chance.”

“He doesn’t seem to be hurting,” Karina said and thought while they walked back to the house where she verbalized one thing. “And you have other strange friends, I guess.”

“They are not so strange.  Mostly good people once you get to know them.”

“I’ll have to take your word for that,” Karina opened the door and Greta waddled inside to sit by the fire.  She seriously wanted some tea.

Two days later, when it started raining instead of snowing for the first time in months, the boy, Chip, came racing into town.  He zoomed up to Greta’s face right in front of her father, and hovered for a second to catch his breath.

“Look out,” Father yelled and swatted at what he imagined was the biggest fly in history.

“Father.  No,” Greta stopped his hand and turned on the boy.  “Icechip, get big.”  It was not a request.  Father’s eyes got big along with the fairy, but he said nothing.  “Speak,” Greta commanded.