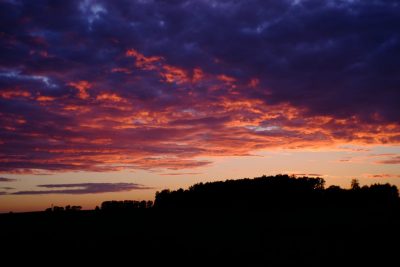 Just after sundown the family gathered one last time around the double tables, with Cecil of the Eagle Clan, there to represent the Celts, and Mavis and the Tribune Hadrianus squeezed in.  A place also got set for Rhiannon, in case she decided to show up.  The children were in bed, and the conversation stayed quiet enough not to wake them.  In fact, very little got said, out loud, because no one could think of what to say. Their position might not be hopeless, but it felt near enough to cause silence to fall over the table like a shroud.

There came a knock on the door and Bragi slid his chair out of the way so Alesander could answer it.  They assumed it was some report from the front line.  It turned out to be a woman.  She appeared to be a fine looking young woman from a family of money, and it took those who knew her a minute to see through the glamour she wore.

Briana jumped up and hugged the woman.  “Ulladon. I almost didn’t recognize you.”

“You weren’t supposed to recognize me,” Ulladon said, with a big smile.  “I have a friend of yours outside, and one for you, Mavis my friend.”

“Me?” Mavis raced to the door.  There were several men outside holding torches, and Rhiannon stood near, lighting up the area with more light than the moon and stars would normally provide, not that anyone particularly noticed.  Mavis and Briana ignored the goddess and ran to the men.

“Nudd!”  Briana hugged him and then saw he had a young woman beside him.

“Heidi,” Nudd said.  “This is my amazing cousin, Briana, the sister I was telling you about.”

Heidi said something so soft it was too hard to hear, and then she dropped her eyes to the ground.  She seemed terribly shy.

“Papa,” Mavis ran into Hermes’ arms and wept. Hermes still felt sore from the wound in his side, but he was whole, and he hugged Mavis with his whole heart and shushed her because now everything would be all right.

Bogus, Alesander and Greta all spouted at the beast that stood between the two men.  “Stinky!”  The mule pushed up to Greta and bobbed its head, looking for a carrot.

“I found them on the hill, trying to sneak through the Scythian lines.  I thought you might want them.”  Rhiannon grinned.  “More to the point, you must hear what Hermes has to say.”

“Come in,” Bragi invited them all, but the men with the torches opted to stay outside on watch, and hold the mule, which would have otherwise followed them right into the house.

Karina and Pincushion were by the kitchen counter dishing out the supper, which had miraculously doubled, with plenty of duplicate plates and cups, enough for all.  The table, now melted into one big table, got magically extended to sit everyone comfortably, with a half-dozen empty seats besides.

Bragi still sat at one end, and Father did not seem too far away at the other; yet somehow everyone became able to sit and see and hear everyone.  Father squinted his eyes to try and see how it was done.

“Now you know I can make a chair or two,” Rhiannon said to him with a touch on the old man’s hair. 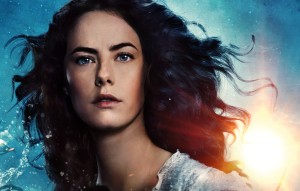 “And kind of you to do so,” Father said, and let his smile replace his scowl.

“Lady,” Cecil touched his head since he had no hat to tip.  He had seen the lady about when she trained his daughter, Briana, but he never knew her name, so it was just Lady.  Vedix’ eyes got very big, and he nudged Cecil, but Bogus was right there with a hand and a word.

“Steady now,” he said, and he helped Vedix sit and stay quiet.

“My Lady is the kindest and most wonderful person in the whole world,” Briana spouted and found some tears as she sat an innocent Nudd in his chair and put Heidi between them.

Alesander took over the conversation with a nod from Darius.  Darius appeared too busy enjoying the show to begin any serious discussion.  “Time for pleasantries later.  We all want to hear about Nudd’s adventures, but right now we are facing a terrible enemy that has the skill and numbers to overcome our defenses and set the whole province to flames.  Hermes.  I understand you have something to tell us.”

Hermes stood, patted Mavis’ hand and gave a nod to both Ulladon, who sat beside Mavis, and Rhiannon, who sat on his other side, beside Greta.  He cleared his throat.  “I spoke with Lucius.  He is still the man of few words we all know, but he spoke this way.  After a hundred and fifty years, he has come to realize that the time for the gods is over.  Though he bears the name of Mars, he is not consumed with the blood lust like Ares.”  Greta nodded. Mithras was always a meek and humble soul; a bit of a scaredy-cat, truth be told.  Hermes continued.

“Since living in the Land of Aesgard, he has come to hear about and admire Tyr of the one hand, the war god of Aesgard.  He says war and combat must be noble and an act freely entered into for the sake of faith and high ideals.  He says in the old days, the gods encouraged and supported and inspired the people, but they never controlled them.  Now, the aspects of Mithras have twisted men’s minds and stolen their hearts, and he wants no part of that.  He says it is time for Mithras to go over to the other side, and time to give the people a chance to make peace.”  Hermes sat down.

“If only peace was so simple,” Greta said softly.

“Maybe we can use this division in Mithras to our advantage,” Darius suggested with equal quiet.

“Like Scops and Dames,” Alesander heard and spoke up.

“Scots and Danes,” Greta corrected.  “But we don’t have the time to sew distrust between the tribes that have gathered, and I don’t know if it would work as long as Mithras is twisting the men’s minds, as Hermes said.”

“And there are more men coming from the north,” Ulladon said.  “But I have brought some good help, if the Lady will let us help.”

Darius and Rhiannon both grinned, but Greta put her head in her hands.  Everyone waited and Greta finally sighed, “Bring them in.  I suppose it won’t hurt to hear what they have to say.”

Ulladon stood and stepped to the door.  She opened up and waved, and then put her fingers to her lips and let out a shriek of a whistle.  Briana turned to Heidi.

“It’s all right to close your eyes.  Nudd is very good at closing his eyes.”

“I am.  See?”  He showed her and she giggled, gave him a peck on the lips and shut her eyes with him.

“You didn’t bring Bonebreaker into the camp, did you?” Greta asked.

“No,” Ulladon responded with a roll of her eyes. “Give me some credit.”

“That closing the eyes thing sounds like a good idea,” Karina said.

“I think you don’t want to miss this,” Bragi responded as Alesander and Hobknot together held Tribune Hadrianus to his seat.

The first to fly in the door were Icechip and Snowflake who landed in front of Greta and Chip asked in a loud voice, “Can we watch?”  Greta invited Snowflake to her shoulder and Father wiped off his shoulder.

“Well, son.  come on.”  Chip waited for no further invitation.

The Lords Longbow and Horns came in talking about the Scythians on the hill, like they were in the middle of a private conversation.  Lady Oreona said hello to everyone, and especially to those she knew before she took a seat.  Lord Treeborn and Lady Goldenrod came in full sized, so apart from their extraordinary beauty, they seemed normal enough.  Portent the dwarf came in and Bragi and Hadrianus shifted in their seats at this obvious sight of someone that was not human.

Portent introduced his friend.  “My General, Redbeard.  We brought a whole army from the Alps to retake Movan Mountain.  But I figure we might as well get some practice.”

Grassly the gnome scooted in without many noticing because the last to arrive came on his heels, and they were the Lord Crag and Rotwood, the goblins.  Hadrianus opted to close his eyes.  Karina shrieked but tried to hold it in.  Bragi and Father on each end of the table turned pale and looked away.  The only reason everyone kept their seats was because Rhiannon caused a feeling of calm to fall on the people.

“Are we all here?” Lord Crag asked, and Cecil only stayed in his chair on the chilling sound of the goblin voice because Briana reached across the table and grabbed her father’s hand.  Greta thought it curious that anyone heard anyone, because by then the whole house became full of little conversations everywhere.