“Howdy folks.  You got room at your fire for a cattle rustler and an old man?”

“Who was that woman?”

“Athena,” Diomedes said to the side, before he spoke up.  “And you remember Nestor from Jason and the Argonauts.  The old man is eighty or so years old now.  You remember these people?”

Nestor looked around, caught sight of the horses, the tents, and the faces before he let out his

surprise.  “Why, you have not aged one speck since the last time I saw you.  You swore you were not gods.”

“We aren’t,” Alexis said right away.  “We are time travelers.  The last time we saw you was hardly ten days ago for us.”

“I don’t understand.  I understand Diomedes, as the Kairos, he travels, as he says, through time.  He borrows a person from the past who shares his soul, so in this way time is not disturbed.  I know Althea did the same thing in her day, but…”  He did not know what to say.

“We move through the Heart of Time.  As far as we know, there is only one in all existence.”  Katie looked at Diomedes.

“On this genesis planet,” he said, then paused, as Boston raced into his arms.

Boston paused.  “You are Diomedes, aren’t you?”

Diomedes looked at Nestor.  “Yes, he is,” Nestor said.  “Though I would not mind a hug from a pretty young woman.  It has been a long time since I have seen my daughters, I should say, my granddaughters, if not my great-granddaughters.”

Boston obliged him with a hug and then stepped back.  “I remember you.  You used to make Iolaus jokes.”

“I was young and brash,” Nestor admitted.

“All right.”  Diomedes rubbed his hands together as Decker and Lincoln came into the light.  “Katie, Alexis, Boston, and Sukki.  You get to go with me to fetch what we can of the cow Decker shot.”  He traded places with Althea all grown up and continued speaking without an interruption.  “You men get to stay here.  You are not permitted to talk about the events at Troy or after Troy, but you can talk to your heart’s content about Jason and the Argonauts.  And Katie, you can ask all you want about Heracles, later.  Right now, we have a job.”

“Right,” Katie got up, with a quick kiss for Lockhart, and she was ready.

“Hey, I’m not that old.  I’m just twenty-something, I think.  Anyway, I aged the normal way.  Want to know when I died?”

“You know that?” Alexis asked.

“Yes.  From this point in history, it has already happened.  I know how, why, when, and too many details like it is happening now.  I would rather not talk about it—oh look, we just came out of the trees and the herd of cattle is still there.”

“Sukki?” Boston asked what was the matter.  Sukki looked stressed.

“Why did you want me to come along?” she asked.

Althea stopped, so everyone stopped.  Althea faced the girl, put her hands on her very large shoulders that supported muscular arms, and spoke softly.  “Because this is now your family, and all the girls in the family are invited.”  Althea smiled.  Sukki looked at the ground.  “Do you understand?  You are part of the team.”  Sukki nodded, but did not look up, so Alexis and Katie got on either side of her and hugged her.  She started to cry, softly, and Boston started to cry softly with her, empathic elf that she was.

Althea turned.  “Penthesileia,” she called, and made herself heard.

Three women trudged down from the edge of the herd, as Althea and the travelers made their way up the small rise.  They met on level ground and one of the Amazons spoke.

“We did not expect to find women here,” she said as the others raised their spears to not be threatening.  “I am Alcibie.  My sisters are Antandre and Bremusa.”

“I am Althea from long ago, come with friends to apologize for shooting one of your aurochs.  They did not know you were herding the wild cattle and thought they were part of a wild herd.  They are ten hungry people, but a single aurochs is more than they can consume.  I am sure they will be glad to share it with the Amazons.”

“How can you be Althea from long ago?” Bremusa interrupted to ask.

Althea smiled for her.  “I visited your people in the last days of Otrera, when I was young aboard the Argo, and I yelled at Ares because he is supposed to stay away from my Amazons.”

Alcibie and Bremusa ducked and looked up for fear that such sacrilege might bring the wrath of Ares on them in an instant.  Althea continued.

“I came again with Heracles when Hippolyta gave her girdle to Heracles.”

“That was stolen,” Antandre said, sharply.

“The story changes over time, but I was there.”

“We have a right to our kill according to Amazon law,” Katie said.  “Even if it was accidentally shot from a herd of wild beasts.”

“Who are you to tell us what is Amazon law?” Alcibie demanded an answer. 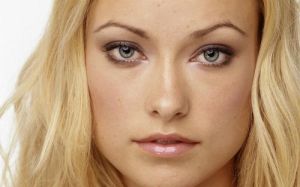 “I am Katie.  The second elect in all the world after Zoe.”  Alcibie backed off, noticeably.  “If my friend Artemis was here, she would vouch for me.”

Alcibie and the others looked down in something like a head bow, and Alcibie spoke.  “I should have recognized you by your golden hair.”

“Company,” Boston reported.  People looked in the light of the newly risen moon.  Two women came, side by side, and a half-dozen more followed, keeping well back from the couple.  One of the women was in tears.  That was Penthesileia, the queen.  The other woman was Artemis, and she spoke as they arrived.

“And I do vouch for you, Katie.  And Little Fire, and Alexis, my friend.  And I see you have added a new friend to the family.

“This is Sukki,” Alexis said through her smile.  Being called a friend by a goddess is a powerful aphrodisiac.

“I think we can dispense with the glamours for now,” Artemis decided, and raised her hand to reveal Boston, the elf, and Sukki, the neanderthal.  Antandre and Bremusa shivered at the sight of the Gott-Druk, and at the sight of a little one, but in the presence of their goddess, they almost did not notice as they fell to their knees and covered their eyes.  The women who followed their queen from the camp were also on their knees in the mud, and Artemis spoke loud and clear.  “I think sharing the aurochs is a wonderful idea.  Boston, would you do the honors?”

Boston nodded.  “I could use help.  The women might want some of the innards that we normally waste.”

“Alcibie can help,” Artemis said, since the Amazon was the last one on her feet, with her mouth and eyes wide open, staring.  Boston turned her from the sight of Artemis, and accepted Katie’s knife, which she offered for Alcibie to use.  They went to work on the beast, and Althea finally spoke.

Artemis looked at Althea for a long minute before she spoke.  “I don’t think I could be mad at my best friend forever, no matter what.  I don’t think I could hate you no matter what form you took.  I’m sorry you got stuck with Athena, and I think it is terrible what Aphrodite did to you.  I know you cut her, but I know you denied Athena and refused to finish her.  Dite is not mad at you, I think.  Anyway, it was the result of her own meddling.”

Artemis nodded.  “Even when you are a male.  I know.  It took me a while to figure that out.  I love you, too.  Without you, I would have no real friends at all.”

“Me too.  Not forever friends.  And you have always been so good to me.”

“You, that is, Nameless, warned me not to pay attention to any golden apples that had writing on them.  I am so glad I believed and trusted you.” 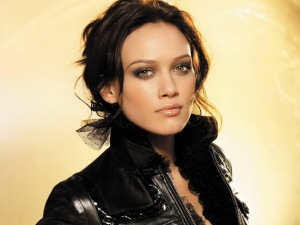 “Me too.  I’m sorry this time we are on opposite sides.”

Althea started to cry, and Artemis and Althea hugged like long-lost, broken-hearted friends.  Then Artemis said one more thing.  “I better go.  I feel like I am going to cry, too, and it would not be good for mortals to see a goddess cry.”  Althea nodded, and sniffed; and Artemis vanished.