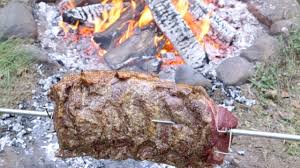 When the women got back to the camp, they came loaded down with a full quarter of the beast, including some ribs and half of the prime rump portion.  Three Amazons came with them, and brought baskets filled with fruit, vegetables and greens.  Antandre and Bremusa acknowledged the men politely, but bowed their heads to the women, especially Katie and Little Fire who they knew perfectly well from their legends.

“I never thought I would live to see you,” Bremusa said, and Antandre’s hands shook a little from the awe she felt. 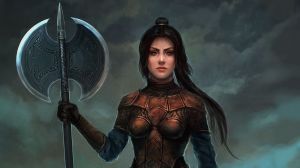 preferred to give the men hard stares and the cold shoulder, as if men in general were contemptible.  She did not mind the women, though she was not overly impressed by them, either.  After pleasantries, she insisted the others return with her.  They had a duty to guard what remained of the herd.  “And we had better do a better job of it,” she said.  “Or we will have nothing to bring to the relief of Troy.”

When the Amazons left, Nestor spoke up.  “Remarkable.”  He said the one word and stared at Sukki and Boston, like a man unable to decide which woman fascinated him more.

Alexis immediately got to cooking some of the meat and vegetables, with a comment.  “We should have enough to carry us to the next time gate, if we don’t dawdle.”  She added the last for Katie, and Lincoln, who would likely want to see the array of Trojan and Greek armies on the battlefield, dangerous as that might be.

“Let me help,” Sukki volunteered for the first time, and Alexis smiled for her and gave her something to do.

“Since we are going naked…” Elder Stow said, and removed his own glamour of humanity.  He gave Nestor a start, but he clearly shared characteristics with Sukki, whom he had already seen.

“Remarkable,” Nestor repeated.  “I apologize, but I do not know who your people may be.”

Elder Stow smiled as a thousand options, no doubt, passed through his mind.  He clearly decided to tell a very short version of the truth.  “We are of an elder race who began to grow grain and domesticate some of these animals while you homo sapiens were just starting to use bone and stone.”  The travelers understood, even if Nestor did not.  “Our present home is out there.”  Elder 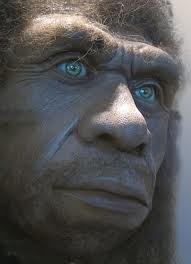 Stow pointed to the night sky.  “We have a home among the stars, and how Sukki and I came to travel with these people are long stories.”

Nestor shook his head.  He honestly did not understand, but he had another question.  “Are you two married?”

Sukki’s eyes shot to Elder Stow, and if the women read the look correctly, not always guaranteed for Gott-Druk, she seemed to say she would not mind.  But Elder Stow shook his head again.

“We are different generations,” he said.

Elder Stow still shook his head.  “More important, we are separated by some twelve-thousand years, and that is a chasm hard to breach.”

“We are,” Elder Stow admitted.  “But I believe Sukki may be like a daughter to me, if she is willing.”

“You are all family, in the way the Gott-Druk understand family,” Althea also interrupted.  “I ask only that you love and care for one another.”

“We don’t leave our people behind,” Decker said, and inched up to see what Alexis might be putting in the bar-b-que sauce, since she got her hands on some spices.

“Elder Stow,” Althea took the floor.  “I need to see your equipment.  All of it, please, including your weapon.”  Elder Stow did not hesitate.  Sukki watched and began to underatand. 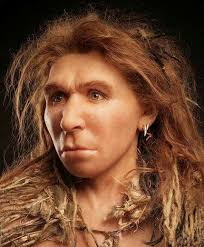 Sukki remembered Althea from the last time zone, and it came as a shock when she realized they were actually traveling through time.  She saw Diomedes when he arrived, and almost shrieked when she saw him disappear and become this woman from the past that ought to be long dead.  Althea even talked about her own death like it already happened, though she was clearly not a ghost.  Sukki realized then that the Kairos was a special and complicated person, and maybe a very special person.  She recognized the goddess when she arrived.  She wanted to worship this goddess, and she felt the holy terror that only the gods could create.  At the same time, she watched as Althea and the goddess fussed and hugged like two best friends with a long history between them.  Maybe the Kairos was a goddess herself, or a god in this life, as the others spoke of it.

“There,” Althea said.  “Your equipment is fully charged until the next time.  Normally, I would say use it wisely, but in this case, I recommend a screen against intrusion.  You don’t want Trojans or Greeks, or even the Amazons to come stumbling into the camp.”  Althea yawned.  “That took a lot out of me.  I think it is time for Diomedes to come back to his own time and place.”  She waved, and went back into the past so Diomedes could sit on the log in her place.  Diomedes also yawned, and then checked the bar-b-que sauce himself, with a comment.  “Cattle rustling always makes me hungry.”

“Remarkable,” Nestor repeated himself, and Sukki nodded in agreement.

“Are you a god?”  Sukki could not contain her question. 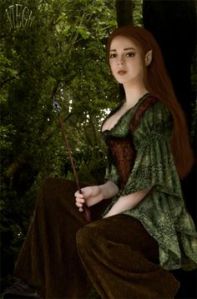 “Only for me,” Boston said, and she scooted over to give Diomedes another hug.

“And the fairies,” Nestor said.  “I recall Alder and his wife, Perdy were a great help in building the Argo.”

“All the sprites of the earth, air, water and fire,” Boston said with a smile.

“I did not even know there were fire sprites until the last time zone,” Sukki said, and looked at Alexis, Katie and Elder Stow to see if she said it correctly.  Elder Stow got busy with his equipment, but Alexis and Katie assured her with their smiles and nods.  “There are air and water sprites too?”

“Way too many for one person to handle,” Diomedes admitted.  “It gives me a headache, thinking about it.”

“And what are you thinking about?” Lockhart asked Katie, who seemed to be deep in thought.

Katie shook herself free to respond.  “It appears that I know all sorts of things about the Amazons and Amazon law that I never learned.  It feels instinctive, like down in my gut, like about what I can and cannot do being an elect.”

“I was wondering how you knew about the Amazon right to her kill,” Alexis said, as she licked her finger to test the sauce.

“A gift from Artemis, I would bet,” Lincoln suggested.

“I have that feeling sometimes,” Diomedes said, and paused before he amended his statement.  “Who am I kidding.  I get that all the time.  Normally, the past and future slowly open-up in my mind, around puberty, and usually the influx of knowledge comes gently, but sometimes it comes, wham! bang!  Usually it is an emergency, and I have to scramble to keep from being overwhelmed with all the things I suddenly know.” 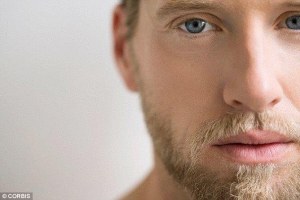 “I can only imagine,” Katie said.

“It gives me a headache thinking about it.”

“Maybe you are getting an illness,” Nestor suggested.

Diomedes smiled.  “If only life were that easy and straight forward.”

“So, what are you now, a dwarf?” Boston asked, before she shouted.  “I miss Pluckman.”

“And his eighty-three stooges,” Decker mumbled and got his plate ready.

After supper, Alexis and Lincoln set the rest of the meat up to smoke in the night.  They had a bag of salt and salted much of it.  Nestor helped, knowing a thing or two about preserving meat in the world before refrigerators.  Diomedes sat and put on his most serious face; the one that always got Agamemnon’s attention.  He spoke when they were ready.

“From here on out, it would be best to avoid the obvious historical events.  You can find me at the center of the time zone, if you are careful about it, but you have to make the effort not to interfere with events without permission.  For most things, it would be best to fade into the background and not go there.  The chance of an innocent question or comment spoken in the wrong ear at the wrong time…the risk is just too great.  I really want you to get back to the twenty-first century.  I really do.  But I want it to be recognizable, not one that you have inadvertently changed beyond all recognition.”

“So, no questions about the Greeks or Trojans,” Katie said.  “Or about the war, even general questions?”

“It is safer that way,” Diomedes nodded.

Nestor interjected.  “And I understand you are originally from three thousand years in the future?”

“Yes,” Lincoln said.  “But I suppose we have to be careful at this point talking about that, too.”

“We will be careful,” Alexis said.

“We have to be,” Katie showed that she understood.

“Fine.”  Diomedes looked at everyone around the circle.  “Now it is a warm night.  Do you mind if Nestor and I stay and lay down by your fire?  I ate too much to walk all the way back to the beach.”  People said that would be fine, but Nestor had a thought.

“They will be looking for us,” he said.  “Odysseus will certainly come hunting.”

Diomedes just looked at Elder Stow, and the man spoke.  “He won’t find us, I think.  I have finally got the screens connected to the invisibility disc, I think.  Unless he has a sky ship, he should not see us at all.”

“He might bump his nose into the screen,” Lockhart said.

Diomedes agreed.  “And he might spend the whole night tracing the outline of the screened in area, but he won’t understand what it is, I hope.  He is clever.”

“Worry about that tomorrow,” Nestor said.  “We have had enough worries for one day.”