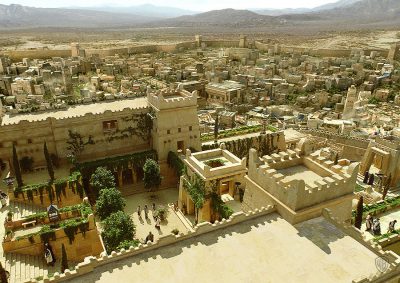 Diomedes rolled in aurochs dung, and made the others apply it as well.  When he saw the Amazons ride in, driving a herd of some thirty wild cattle, he imagined cowgirls with whips and spears driving cattle along the trail.  He shouted, “Yee-haw,” and then had to explain to Odysseus what yee-haw meant.  Now, he figured if the women were cowgirls, the least he could do is be the Indian when he went to steal some of those beasts.

“You are disgusting,” Odysseus said as he scooted up and whispered.  “Old man Nestor says he will have to bathe the entire day tomorrow to get rid of the smell.

“Is that a threat or a promise?” Diomedes asked, as he pulled his cow hide further up on his shoulders.  “Thersites could use a bath.”

Nestor scooted up with Sthenelus’ help.  He giggled like a schoolgirl.

“Diomedes,” Thersites called out in his loudest whisper, before he saw them.

Two sets of eyes tried to pierce the darkness.  One looked back and spoke softly.  “Where is that girl.”  She turned to the one still beside her.  “Now that the sun has set, we need all eyes on the herd.”

“Lady.  I don’t see anything but mud and cattle.  Not much for the cattle to eat.  We best get them in to the city in the morning and to the butchers before they become too skinny to bother cutting up.”

“Quiet Bremusa.  Keep your eyes and ears open and your mouth closed.”

“Alcibie.”  The call came from behind, and it sounded nice and loud.  “What is the problem?”

The girl ran up, followed by the queen.  Alcibe spoke softly after she removed the palm from her face, an affectation the Amazons learned from a young woman who visited them in the days of the queen’s grandmother.  “Antandre.  You move that way.  Bremusa, move slowly the opposite way.  Keep quiet, and keep your eyes and ears open.”  Alcibie turned to the queen and deliberately

whispered.  “Penthesileia.”  She nodded her head.  “I sense something in the cattle.  Something is not right.  Maybe, for all our precautions, the Achaeans have come up into our midst.”

The queen put her own hand over her own mouth.  She should have known better than to shout ahead.  She looked intently, but saw no movement but among the cattle.  Alcibie had her bow out and strung.  She fingered her arrows.  The Amazons were hard to see in the dark of night, but they were not the only ones who mastered that skill.

Diomedes and his crew stood together and wailed like banshees.  They waved their cow hide cloaks like they were the dead cows, returned from the dead.  The wild cattle were certainly startled, but they were not spooked to run until everyone heard a loud crack in the distance, and one of the cows fell to the ground, mysteriously dead.  Everyone imagined Zeus and a thunderbolt, except Diomedes, who knew the sound all too well.

Ten of the herd, the group Diomedes and Odysseus agreed would likely split off the easiest, ran in the expected direction.  The Greeks saw the torches lit, which formed a nice tunnel to the sea.  Diomedes and his crew did not wait around to be caught, but they kept yelling, giving their position away at every step.  One of Diomedes’ men got an arrow in the thigh.  It was a good and lucky shot, and Diomedes almost turned back to confront the shooter, but Odysseus turned him to pick up the man and help get him to safety. 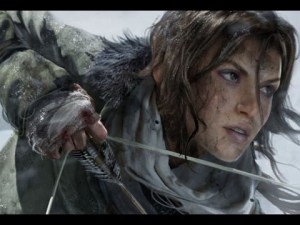 Antandre and Bremusa realized too late that they could do nothing with their spears.  Alcibie shot three arrows, but two missed and the third only wounded one who still got away.  Antandre and Bremusa had to quickly turn to keep the rest of the herd from running, and other Amazons came up to help.  The women were well trained and disciplined, so they succeeded without anyone getting hurt, but Alcibie yelled, “I knew it,” and Penthesileia growled and felt like kicking herself.

As soon as Diomedes got the wounded man to where he could hand him off to Sthenelus and his men, he grabbed old Nestor, who was still giggling, and pulled him aside.  He practically dragged poor Nestor to the edge of a stream and together, they got in to wash.  All that while, Diomedes did his best to think to Boston.  Don’t let Decker go out on that field.  Stop him.  Tell Katie to get ready to join me.  I’ll be there quick as I can.

Boston had to run to stop Decker and Lincoln, though the two had stopped.  With the night goggles, they saw what was happening better than any Greeks, Amazons or Trojans could hope to see, and while they might not have understood the full dynamics of what they saw, they decided not to interfere.

“I only looked at the beef,” Decker admitted.  “I assumed these were wild cattle.”

“They are,” Lincoln said.  “Aurochs are a wild breed.”  He wilted a little under Decker’s stare.  “It is too far to tell, even with the goggles, but I am guessing we are closer to Troy than we thought.  I was trying to make out the city and missed the people completely.”

Decker nodded as Boston ran up at super elf speed.  “I guess we both need to be more careful from here on out.”

“That, or we need to stop before dark, no matter how much someone wants to see the fabled walls of Troy.”

“Can’t see the walls in the dark, anyway,” Boston said, as she caught her breath.  “Amazons,” she added.  “We’re supposed to wait for Diomedes, and then Katie is going to fetch the beef.”

Decker and Lincoln said nothing as they turned to head back to the camp they had set up in the woods.

Diomedes crawled out of the water and saw the love of his life standing on the shore, waiting patiently.  How unlike her, he thought, and he stepped up to her and kissed her passionately.  She responded with her whole heart, but when they parted, she stepped back and spouted.

“Now I’m soaking wet.  Thanks a lot.”  she waved her arms, and all the water that covered her vacated her clothes and went back into the river.

“I just wanted to give you something from my heart and ask you to remember later where we left off.  Sadly, I have work to do that just came up.”

“I know.  I’ve been watching them for the last couple of days.  This is not a good time for them to show up.”

“I understand.  And there is a crisis here, already.  I was thinking I may have to trade places with Althea and let her handle it.”

The woman turned up her nose at the thought.  “And you drag the sweet old man with you?”

The woman nodded.  “Well, you can start out as yourself.  Who you become is your business.  You have your own work as we have our work, even as you said.”

The woman waved her hand again and Diomedes and Nestor disappeared from that place and reappeared beside a nice, cozy campfire.  Diomedes thought, don’t forget where we were.  He heard the answer, Never.

4 posts in this episode.  Monday, Tuesday, Wednesday, and THURSDAY.