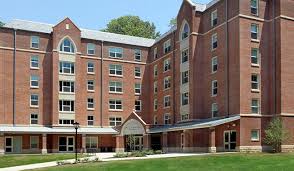 The morning Jessica and Mindy were released from the hospital, the university had temporary housing for Jessica in a room in the towers.  Mindy still technically had a bed in Connie’s room.  She handled it well.  She told Connie to keep her hands and things to herself and leave her alone and Connie did not argue.

Jessica’s new, temporary roommate griped at being gypped out of a single room.  In fact, when Jessica arrived she found the door had a dresser pushed up to it to prevent her from getting in. 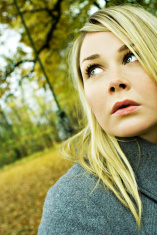 Jessica certainly could not do anything about it with only one arm, but Emily was glad to help out.  She easily opened the door, even if the dresser crashed to the floor.  She grabbed the girl’s boyfriend by the collar and tossed him down the hall.  Then she prevented the girl from following her boyfriend with a strong hand on the girl’s shoulder.

“You will accommodate Jessica and see she gets her rest so she can heal.  Am I clear?”  The girl said nothing.  She simply nodded, but her eyes were looking around Emily’s shoulder.  It was not necessary.  Emily felt the presence and kicked out behind.  She caught the boyfriend right in the gut and he moaned and doubled over before he fell to his knees.  “No more boyfriend in the room.  I mean it,” she said and let the girl go.  The girl went straight to the boy and Emily leaned down to whisper in the boy’s ear.  “Meet her in the student center.  This room is now off limits.”

After that, Emily picked up the dresser and set it against the wall where it belonged.  She helped Jessica unpack what she had left that was not blown up and destroyed.  Then she went in search of Pierce, but she could not find him.  She was frustrated when she got back to Amina’s room.

The next morning, Maria, Latasha and Lisa were released together.  Emily met them at the hospital where Ashish offered to drive her and Maria home.  Ms Barton came with a neighbor to pick up Latasha, and of course Josh and all three kids were there for Lisa.

They talked while they waited for the required wheelchairs.  At one point Maria asked Lisa if Julie Tam found out anything more after the genetic testing information.

“What genetic testing?”  Emily asked.  She stayed near Maria and was very glad to see her recovering.  Besides the concussion, she had serious bleeding in the back of her head, always a bad and dangerous sign.

“I told you, didn’t I?’  Maria was not sure.  Emily shook her head, and Maria remembered.  “That’s right.  I just found out and told the others, but you weren’t there.  Julie determined that the samples the person was taking from the old people who died could only have been for genetic testing.”

Emily felt something fall in the pit of her stomach.  She stepped away without a word, but not without a few stares from some of those around her.  She got out her phone and dialed.  Pierce had only answered his phone occasionally in the last few days, and she only saw him once, briefly.  He seemed to be very busy, but this time he picked up.

Emily took a deep breath.  “Doctor Zimmer is responsible in some way for the deaths of all those old people, isn’t he?”  There was a long pause before Emily heard the answer.

“That was why you were able to find the body by the engineering building, and why you found the first one in the construction site, isn’t it?”  The pause was not so long this time.

“And this is all connected to the contest in some way, isn’t it?”  Emily’s intuition was driving on full steam.

“You know where the zombie lab is, don’t you?” 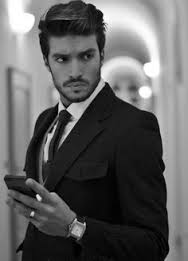 “Yes, I do.  I was ordered not to tell you, though I wanted to.  I was not ordered to keep you away or admit it if you asked.  Please believe me.  I wanted to tell you.”

“I love you,” Pierce said, but Emily hung up and now had everyone’s attention.

“I know where the zombie lab is.”