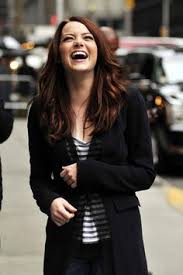 Latasha’s neighbor took her and her mama home, though Latasha argued.  Lisa convinced her, and it was not hard, that she still needed some serious healing time.  Josh and the kids dropped Maria at the university and even helped her find her new room.  Josh argued that Lisa needed healing time herself, but she put him off with a kiss.

“After the fight at the library before Christmas, the whole police force will be there to close this shop.  I won’t have to do anything, but I need to be there, even if I just observe.”

Josh could not really argue, and he knew it was as close as he was going to get to a promise that she would not do anything.  He simply took a deep breath and corralled the kids to help Maria.

Emily got in the back seat.  They had to go to the Hive for her to get her bearings.  They drove part way into the alley, but she made them stop with a bit of a walk left.  She told them about the guards with rifles stationed by the warehouse doors.

As they snuck up, they saw a red pick-up drive out the back of the alley on to the residential street.  They also saw one guard, and he was indeed armed with a military rifle.  Back at the car, Lisa got on the radio.  This was going to have to be organized on the fly, but mostly it was going to require silence on the part of those participating.  When she was satisfied, she led them back to the observation spot behind the dumpster. 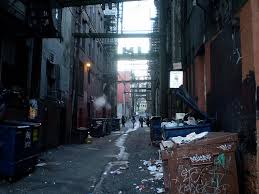 “I should go,” Emily insisted.  “You are still injured whether you admit it or not.  We don’t want you to start bleeding again.”

“No, the fact that I am injured is precisely the reason I should go,” Lisa said and stepped out before anyone could stop her.  Lisa limped, though she did not have to.  She had opened the top button on the soft dress Josh had brought her to wear home.  She looked carefully as the man on the warehouse dock stood and came to the edge of the dock, gun cradled in his arms, but ready.

Lisa used her presumably good hand to open her dress and expose a little more of herself before she waved her hand in front of her face.  “I’m hot for April,” she said.  She was a very fine looking 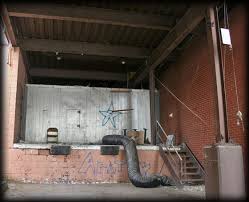 “Going home?” he asked.  “Wandering through these alleys is not advised.”

“I just live over there,” she lied and moved up to where she could rest her arms on the dock at his feet.  “Over there,” she pointed, but he did not look.  “Ouch.”  Lisa lifted her bandaged hand to the dock, and the man had the decency to ask.

The man shook his head.  “I have a shepherd.  My family has always had big dogs.”

Lisa shivered.  “Maybe I should go back to the Hive.”

“Maybe you should go home,” the man suggested, and this time he looked as he pointed to the alley exit.  That look was all Lisa needed.  She grabbed both of the man’s legs and yanked him off the dock.  She struck him with her good fist and as he fell, she managed to hold on to the man’s rifle.

Emily and Ashish came right up, and before the man could get his jaw to work in order to yell the alarm, Ashish had his gun to the man’s head.  The man did make one attempt to grab Ashish’s gun, but Emily stomped on the man’s shoulder which took him to the pavement where he hit his head.  Emily immediately thought of Maria and felt bad, but this man did not go unconscious and he did not start bleeding.  He was dizzy, though, when two police cars came up as quietly as they could.

Lisa grabbed the radio microphone from the first car and said simply, “Go.”  Then she hopped up on the platform and headed for the door.  Emily, Ashish and three of the police officers followed.  The fourth kept their prisoner on ice.  He duct-taped the man’s mouth and handcuffed him.  It was unorthodox, true, but then so were the walking dead.

They got inside easily enough.  The door let them into an unused section of the warehouse, no 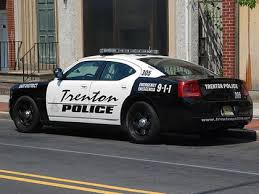 doubt designed to throw off any investigation.  But there was a big back room and Emily could smell the green gloop from the door.  She was glad they went by the university first so she could pick-up her sword.  She drew it as several more police officers came in quietly from the other side of that big unused room.

Lisa nodded to the others and pointed to the back.  She risked a whisper for Emily.  “You were not elected to kill people.  You are welcome to take out any zombies you want.”  Emily understood.