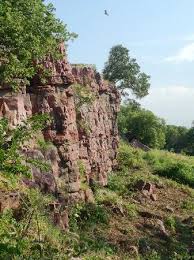 Sunlight broke across the grasslands within the hour. Lincoln hoped they might pick up the pace to get out of that area altogether, but things did not quite work out that way. There were a number of short cliffs that interrupted the unending grass, and while none was tall enough to be especially dangerous, none was short enough for the horses to jump to the ground below. The first attempt of the travelers was always to head toward the ocean, thinking a clean beach would ease the route, but they kept finding the way blocked for one reason or another and had to backtrack. By the time they found a way for the horses to get down the short cliffs, they admitted they were in danger of being caught by people on foot.

Roland and Boston continued out front, and Boston kept her eye on the amulet that showed the way to the next time gate. She had learned to read the information well enough by then to be able to find the Kairos at the center of each time zone. She was just wondering if they were being tracked by the cannibals and if perhaps the Kairos could help, when they came to one of the small groups of trees that punctuated the unending grasses. There was something of a path that wound down a small decline to where the grasses took over once again. 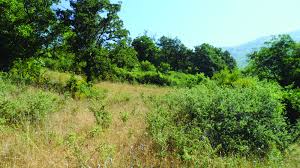 “Roland?” Boston looked up when she felt a sharp pain in her arm. “Ouch!” She pulled out a thorn. Alexis’ horse, Misty Gray bucked, and Lockhart and Katie who were guarding the rear reacted. Lockhart yelled.

Katie pulled out her rifle as the group picked up the pace as well as they could while they moved downhill through the trees. She sprayed one side of the trees with bullets, though she saw no one. Captain Decker, who had moved in behind her when they came to the trees, fired toward the other side. Elder Stow fiddled with his equipment, and in a minute he had up a screen of force which nothing could penetrate. A moment later, and they broke out on to the grasslands again.

They kept to the pace, and did not slow until Boston sagged in the saddle and Roland shouted. “Alexis!” He caught Boston before she fell on the ground. Alexis was having her own troubles. Misty Gray took a thorn in his rear, and Alexis paused at her brother’s call, but only for a minute.

Boston already had a swollen shoulder and the beginning of green puss around the little hole made by the thorn. She had the beginning of a fever, but Alexis did not let it go any further. As Roland laid Boston gently in the grass, Alexis laid her hands on the wound. There was a warm, golden glow that covered both her hands and the swollen area. Alexis closed her eyes, and in a moment they saw a sickly green liquid mixed with blood evacuate the wound. In another moment, Alexis pulled out a bandaid, handed it to Roland and went to see about her horse. 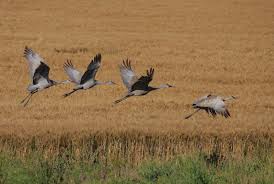 Roland was gentle with the band aid, though Boston was already feeling better. The little hole where the thorn pierced her arm had already stopped bleeding. She looked up into Roland’s eyes and smiled her warmest, most loving smile. He responded with a red face before he spouted out anger.

“How dare you get hurt.”

“Well, I could not exactly help it,” Boston came back in self defense. Roland stood, and Boston could not tell if he was going to cry or scream. .

“I love you so much it frightens me.” He raised his voice. “I am not supposed to get involved with mortal humans. That is the law of god, and you are tempting me into Hell.”

“What about Alexis?” Alexis had become human in order to marry Lincoln.

Roland looked, but he sometimes talked of his sister as a lost cause. He returned his focus to Boston, knelt and took her hands. “I hate you. You are going to kill my father. Please marry me.” He waited.

Somehow, in her wildest imagination, Boston never dreamed she would be proposed by a man who just professed that he hated her. All the same, she threw her arms around his neck. “Yes. Absolutely yes, and you are not allowed to change your mind or back out of it. You are committed and so am I.” She pulled back and saw the silly grin plastered across his face. “I can’t wait until I lose my unicorn friend.” She watched Roland’s face turn red again, but this time it was not from anger. His pointed ears turned positively purple, before he kissed her. It was what she wanted. 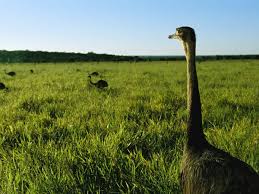 Lincoln kept the others back while Alexis worked on her horse, but they were close enough and watched everything. They had grins of their own, except Decker who threw his hands up and grunted, like he felt henceforth the couple was doomed. Katie was inclined to look at Lockhart directly and disguised little at that point. Lockhart was only willing to glance at her before he went back to see how Alexis was making out with her horse.

“Hey Lockhart! Guess what!” Boston spoke as soon as she caught her breath.

“What?” Lockhart played the game.

“Just checking.” Lockhart looked at Alexis and she spoke.

“Misty is fine. I doubt there was enough poison in that little thorn to affect such a big animal.”

Lockhart nodded and raised his voice. “Everybody mount up. We need to put some distance between us and them.

Be sure and check in next Monday and Tuesday for the final two posts in Avalon, episode 3.4.  Those cannibals seem determined, but I’m thinking that birdman is going to put in an appearance somewhere down the road …