“I think we are somewhere in South America.” Lincoln read from the database. “It says Wir’a is from Bolivia, around Lake Tiahuanaco.”

“We are not in the Andes,” Roland countered. He watched Boston cut a slice from the buffalo they bagged for lunch.

“I would guess we are well below Bolivia and headed for the Atlantic coast,” Boston agreed as she slipped back into her seat beside Roland. Several heads nodded in agreement with that assessment.

“It also says he had Shemsu blood,” Lincoln continued.

“Like Qito’s people,” Lockhart responded. “You remember. The ones who moved those five ton boulders just by laying on their hands. The ones who dropped the boulders on the Balok.”

“I remember,” Katie said. “They did not actually have to touch the standing stones to lift them. It was all in the mind.”

“I remember vegetables,” Alexis said as she got up to help herself to the roast. “I don’t care if we take vitamins every morning. I think I might scream if we don’t start getting some vegetables and fruit in our diet.”

Major Decker looked around. He heard something. Katie unsnapped the holster for her pistol. Roland got up slowly before he vanished quickly into the rocks. He was not wearing a glamour to make him appear human and thought it would be easiest if he vanished. Lockhart whistled for his horse, Dog, and Dog came trotting in close. The other horses followed.

“Hello!” Someone shouted. “Friend!” A man came to the edge of the grassland where the grass gave way to the rocks and boulders. “Friend?” the man said.

“Are you hungry?” Alexis asked.

Four other men came over a rise in the grass. They had a travois, four crude spears tied together at the top, and they appeared to be dragging the rest of the kill that Roland had left out on the plains. The travelers could only eat and carry so much.

“I see.” The man said and came close to the edge of the camp. “We found this fresh kill abandoned. I see you are eating of it. The rest may help feed my village.”

“You are welcome to it,” Lockhart said. 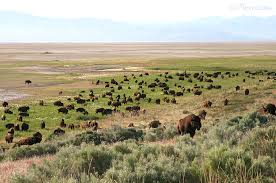 “We watched you,” the man came near to the fire. “You ride on the backs of these beasts. It is a wonder. I do not know these beasts.”

“They are poison,” Katie said. “You will die if you eat them, but they work well for us.” Several eyes turned to Katie and wondered what she was thinking. The man also looked at her. Clearly, he knew the word, poison, and he looked disappointed.

“You are going?” the man asked.

Boston pointed before Katie could stop her. The man smiled.

“My name is Lockhart,” Lockhart said. He did not know what was bothering Katie, but he was willing to trust her instincts. Decker was clutching his rifle as well and Lincoln did not look at all happy. He introduced everyone.

“I am Dog’na,” the man said. “Chief Dog’na, and I invite you to my village for the night.” The man smiled, though it looked unhealthy. “We go that way,” he pointed where Boston pointed. “Come. The sun will set when we arrive.”

“Have some buffalo first,” Katie said and she pulled out her army knife to slice off a big piece. “Call your men over to join us.” She kept her eyes on Dog’na and watched as he fairly well drooled at the knife.

The men came and ate in silence, deferring to their chief to do the talking. The travelers also said little. It was an awkward and uncomfortable lunch, but it was soon packed up and they started out, Dog’na in the lead.

“Roland?” Lockhart said that one word.

It was several hours before they arrived. They came to a short cliff that butted out from a long, rocky ridge. Dog’na knew the safe way down to where a section of trees interrupted the endless grasslands and grew up to the ridge.

“Even money says the ocean is over the ridge,” Lockhart guessed.

“No bet,” Katie agreed. “We might be best off from here following the coast.”

The village in the trees held some three hundred people, which was a remarkable number considering how primitive they were. Lincoln suggested they were barely into the stone age, though it did appear as if they mastered fire.

“I don’t like it,” Katie whispered. “It doesn’t feel right but I can’t say why.”

“I agree,” Lincoln spoke up. “Something smells”

“The fish,” Alexis joked, but she looked at Lincoln with agreement in her eyes. As she said before, she trusted Benjamin’s suspicious instinct.

Lockhart took a quick look at the sky. “No tents. Keep the horses saddled and tie them off by the fire where we can keep an eye on them. You people are spooking me out.”

“Elder Stow.” Katie turned to the Gott-Druk. “Can you set up a force field for rapid deployment if necessary?”

“Yes, my mother. This I have already done.”

“Decker?” Lockhart looked at the man and the man nodded. He sat cross legged and laid his rifle across his lap while he closed his eyes. The travelers heard the sound of an eagle high up at the top of the ridge. It circled a couple of times before it headed northeast, up the coast for a good look around.

Chief Dog’na absented himself early in the evening. The rest of the Chief’s people hovered at times around the edges of the traveler’s camp, but never came near enough to speak. As the evening turned to night, the behavior of the people began to spook everyone out.

Lockhart set up a watch so at least one person was awake throughout the night, and by chance he was the one awake when Boston needed to find a bathroom. “Don’t go far,” he said, and she promised, but she wanted to go far enough to get away from the camp and the village. And it really was not far before she slipped down into a shallow ravine. There was something crunchy at the bottom. Boston squinted in the dim light of the night, but could not quite grasp what she was stomping around on until she held one of the round things up to the moonlight. Then she screamed. Then she stifled her scream and turned on her wrist communicator. 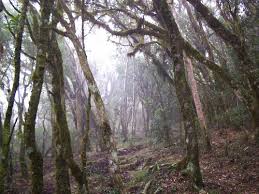 “Lockhart. I found the dump. It is human bones. It is people.”

“Say again?” That was Decker.

“I found a ravine filled with human remains.”

“We need to go,” Lockhart agreed.

Suddenly, going to the bathroom was not so important. Boston tried to climb out of the pit. The sides were steep and slippery, which was how she ended up at the bottom in the first place. Fortunately, there was a hand to catch her. It was Roland.

“I figured it out the same time you did,” he said. “Stay beside me. We need to get to the horses.” He reached her wrist and turned off her wrist communicator. They did not need a sudden message to give away their location. He got out his bow. Boston still had her knife on her belt.

The two came up behind a small group of men attempting to sneak up on the travelers. “Down. Behind the trees,” Roland shouted, and Boston dropped to the ground. Bullets were fired. The men got up and ran, scared off by the sound, but a few would not get up again.

“Incoming!” Boston yelled, and she and Roland made a dash for the horses. Everyone else was up and ready to ride. Roland easily leaped on to his horse’s back. Boston mounted like a rodeo champion, even as she nudged her horse into a run.

Several more bullets were fired before Katie and Decker caught up. “I can vouch for at least two men and one woman,” Katie said.

“I can vouch for the cooking fires being lit,” Elder Stow reported before he took up his position on the wing.

“Remind me to pay attention next time you have suspicions,” Lockhart told Katie, and they headed out across the grass at a speed the cannibals could not hope to match on foot.