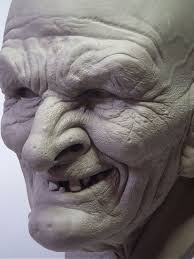 Curdwallah chose that moment to come around the side of the tower.  “No!”  She raged when she saw Margueritte free of her prison.  Roland pulled his sword, ready for battle, but Margueritte, with her head in her hand, blinking her eyes from the strain of everything rushing back at her at once, shouted.

Thomas tried to sit up and Margueritte scooted back on her knees a little to oblige.

“But why?”  Thomas asked in a small voice, his wind still coming in gasps.

Curdwallah paused.  “My true god, Abraxas, would not let me kill her.  He said she would just be reborn and come back to haunt us.  In the tower, she might live her whole life and we could invoke the plan without interference.

“But now your plan is done,” Roland said.

“I think not.”  Curdwallah eyed him and his sword closely.  With that, Curdwallah began to grow.  In no time, she became ogre sized and her face, hands and legs appeared covered with fur, while 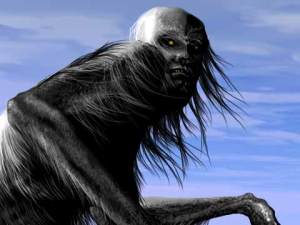 her tent-like clothes became too tight.  “I think not,” she said again in a voice a whole octave lower.

Roland slashed out with his sword, but the Curdwallah beast moved supernaturally fast.  She avoided the sword and struck Roland before he could recover.  She hit him hard in the chest.  Roland flew back and slammed against the wall of the tower where he slumped down, dazed.

Catspaw had her hands full calming the terrified horses.  Thomas still could not get to his feet.  Margueritte shrieked, but she grabbed on to the one thought that haunted her while the drooling beast started toward Roland, her prey.

“You are not my mother,” she said, and she pointed accusingly.  Without her knowing why, something like blue lightening, like electricity poured out of her hand.  It was the power given to Bodanagus, her genetic reflection, and it echoed in her.  It struck Curdwallah who arched her back and howled, and it kept coming while the beast began to shake and dance like a person being electrocuted.  Slowly, the beast shrank again until she collapsed, like a criminal struck with a massive Taser.  She still wiggled from the shock when a recovered Roland drove his sword into her heart.  Then he rushed to Margueritte who cried in his arms for what seemed like the longest time.

“I love you,” Roland said, but Margueritte did not really hear as she passed in and out of consciousness.

Thomas kicked open the door to the first floor of the tower.  “Aeugh!”  He sounded repulsed and turned quickly away from the sight.  Someone invisible handed him a torch.  He threw it in without looking again, and they all waited until the tower was well in flames.

“Come on,” Roland said.  He mounted his horse, the half-conscious Margueritte cradled gently in his arms. 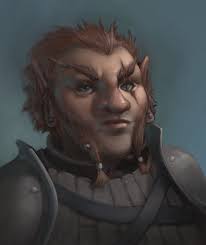 “I guessed as much,” Roland responded, and he started to walk his horse away from there.

“So did I.”  Grimly said.  Grimly handed Thomas the torch.

“No, you never guessed,” Catspaw objected.

Thomas whistled for their attention before they started a good row.  “Where’s Lord Barth?”

“Had to fetch him and Squire Tomberlain from Vergenville.  Sorry we were late, but we should find them on the road in about an hour or so.”

“On the road?”  Catspaw questioned.

It took all day to get Margueritte home and into her own bed.  She stayed delirious most of the time, and at times she passed out altogether; but sometimes she seemed lucid enough to give everyone hope.  Jennifer suggested Doctor Pincher and Brianna tried to call him as Margueritte had done, but she got no response.  Finally, she held her daughter’s hand, stomped her foot, lifted her eyes toward heaven, and shouted for the Doctor.

“Here.  Here.”  Doctor Pincher appeared and gave the impression that he had some ringing in his ears.  Lady Brianna quickly explained, and she felt a little surprised the Doctor did not already know all about it.  To this, the Doctor explained something in return.

“You must understand, the Kairos dies.  She is reborn, to be sure, but who is to say how long or short a given life may be.  It is not our place to interfere with that process, even for those of us who may be devoted to her.  She is only human, after all, and in ages past that was one of the 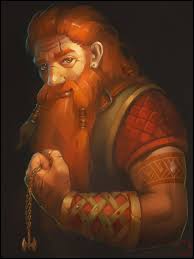 main reasons we agreed to have her as a goddess over us all.” Brianna felt astonished by what she heard, but the Doctor consoled her.  “Then again, there is no reason why she should not have first-rate medical treatment, just like any other human might have.  Let me examine the patient.”  He said this as he threw everyone else out of the room and only let her mother stay.

After a while he gave his prognosis.  “There is nothing I can really do.  She is healthy enough, though undernourished.  Her trouble appears to be raging in her mind.  All the same, I see no reason why she should not make a full recovery.  Rest is what she needs, and time.  The Kairos has resources in time which can help far better than I can, even if they may be the partial cause of her present distress.  Rest is the best.  Give her some time, and some chicken soup to see that she is properly nourished.”

“Quite all right.”  Doctor Pincher stood while she remained seated.  That put them about eye to eye.  “I am way overdue for a good vacation.  I think I may look around, and perhaps come by here in a week or so to see how my patient is doing.”

“You are so kind.”  Lady Brianna stood as they went out to tell the news to the others.

“I know,” Doctor Pincher said.  “She ruined me when she was Gerraint, or rather, the Lady Greta.  I’ve had no desire for anything but to help people ever since.”  He shrugged and Brianna looked at him once more.  She would never have guessed he was that old.

The next morning, Doctor Pincher walked down the road toward Paris in the company of Roland and Tomberlain, who had been given over to be Roland’s squire.  Lord Barth had taken on Owien since Sir Gilles got too old for such a thing and his dragon busted arm never quite healed right.  They had all waited that morning to be sure Margueritte passed a quiet night, and indeed, she slept well and woke up hungry.  Now, Brianna and Bartholomew stood in the manor door and watched them ride away. 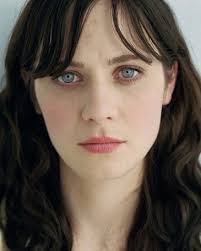 Brianna gave him a love tap on his chest to chide his remark and get his attention.  “I’ll be worried day and night as it is about Tomberlain,” she said.  “I’ll not let you go to get yourself killed at our age.  Whatever would I do?”

Barth smiled.  “Yes, well I still have the girls to watch over.  By the way, where is Elsbeth?”

“I believe she and Owien chose to take an early morning ride,” Brianna said.

“Oh, they did?”  Barth looked up at the barn and stepped down from the front stoop.  “I think I may have a talk with that boy.”

Brianna was about to say something else when they heard the bell ringing from Margueritte’s room.  “I’ll get it,” was what she ended up saying.

Barth started toward the barn and mumbled.  “Yes, I believe it is time that boy and I had a little talk.”

One happy ending, but…  Well, the dragon is still out there, if you recall.  Until Monday. 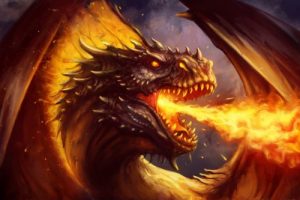