“Wait outside,” Sir Barth told the girls, and Brianna went to retrieve them while a worried looking queen gladly placed the children in their mother’s hands.  Margueritte and Elsbeth got hustled out and Thomas of Evandell followed.  He saw Lady Brianna torn between care for her children and the need to support her husband.

“I will take them safely to your Maven, is it?”

Brianna nodded to thank him but said nothing.  She returned right away to the great hall.

Margueritte looked up.  “You’re not going to make a song, are you?”

“And a good tale to boot.”  Thomas grinned.  “Though I would not worry about it.  I may fudge a few things.  Can’t let the facts stand in the way of a good story, you know.”  He grinned ear to ear.  He made a nice, friendly grin.

The rest of that afternoon got spent with Maven in the market area.  Maven, it seemed, loved shopping all the more when it got her out of work.  By the time they went home for supper, the girls were all tired out.  As they walked in and sat at the children’s table where Tomberlain sat and had a sour face at still being counted among the children, Baron Bernard was talking.  It seemed they were all still trying to keep Sir Barth’s anger under control.

“Apparently, this has been building for some time,” the baron said.  “I suspect the Saracens will be invited to leave after this fracas.”

“Thrown out on his ear would be better,” Sir Barth grumped.

“Have his bags packed for him,” Constantus suggested while he cut off the pig’s ear, his favorite part when it got burnt and crispy.  “I’m sorry I missed it.”

“Yes, where were you?”  Bartholomew asked.

“I thought the Gray Ghost had taken a stone, if you must know.  It would have put him right out of the running.  But no such luck for you.  He is fine and I am looking forward to the race tomorrow.”

“Ha!”  Bartholomew finally perked up a little.  “I’ve a new horse this year that Tomberlain and I have most carefully trained.  I call him the Winner.”

“I did not know you named the horse,” Lady Brianna said, innocently.

Lord Bartholomew looked at her and rolled his eyes.  “I didn’t.”  He looked at the others.  “But it seems a good name to me now.  What do you think, Tom?”

“Winner.”  Tomberlain spoke up from the small table, but his heart was not in it.

“All right for you,” he said.  “You still are one of the children.”

“And you are my biggest and bestest brother in the whole world,” she said.  “And I would be heartbroken if you wasted away for not eating.”  Tomberlain smiled, but did not dig in.  “Besides, I have seen you attack food like a general on the battlefield.  I sometimes wonder if there is anything you will not eat.”  Tomberlain grinned a little more.  “Isn’t that right, Elsbeth?”

Elsbeth muttered something unintelligible.  She looked all but asleep in her soup.  Not much later, Lord Bartholomew and Lady Brianna rose from the table.

“To bed, children,” the lady said.  No one argued.  All were tired.

“Winner versus the Gray Ghost!”  Sir Barth laughed, but it was serious business.

Sure enough, in the early hours of the morning, the Lord Ahlmored and all his people were escorted out of town by some fifty men at arms.  Sir Barth cheered.  Baron Bernard shrugged.  Constantus the Roman was not around being, no doubt, with the Gray Ghost, or still in bed.  Aden the Convert showed up to talk to Lady Brianna.

“It was not pretty,” he said.  “Duredain the druid has finally gotten his way.  Luckily, I reminded the king that he knew my mother and father and the service my father did for his father.  I may have been twenty years at Iona, but I am a native Breton, born in Amorica which is still my home and Urbon is still my king.  With that, the king relented a little and did not talk exile, but he strictly charged me not to speak the name of Jesus the Christ in his presence, or, on Duredain’s insistence, among his people who might accidentally speak the name in the king’s presence.  The king said he had heard enough about prophets and sons of God for his lifetime.”

“But what will you do?”  Lady Brianna sympathized.

“I will speak of my lord and savior to whomever will listen,” he said with a smile.  “If young Marguerite can be so bold right at the king’s feet, who am I to be afraid when I am miles from the king’s feet?”

“Good for you,” Bartholomew said, and both looked up at him.  He gave a slightly embarrassed shrug before he explained.  “A man always has the right to follow his own conscience and pity the man who doesn’t.  Hardly qualifies to be called a man.”

“All the same,” Aden said.  “I would like to come and stay in your chapel now and then if you don’t mind.”

“Of course,” Brianna said quickly.  “Anytime.”  Lord Bartholomew, however, rolled his eyes and imagined all the pilgrims it would attract to tromp across his fields.

Lord Bartholomew came in second that year, but he was as close to Constantus as he had ever been.  Third got taken by Finnian McVey, and people wondered how this Irishman, in so short a time, had come into such grace with the king to be picked to ride the king’s best steed.  Finnian might well have won the race if he had not been penalized for “accidentally” whipping his opponents with his crop a couple of times.  “You Breton don’t know how to properly race,” was all he said.

At the noon meal, Thomas of Evandell, as was his custom, came in to entertain the children with a taste of what their parents would get in the evening.  He just began the tale of how Gerraint, son of Erbin, became so jealous for his wife, he drove her into the wilderness, when the door suddenly slammed open.  Curdwallah the hag stepped into the inn, and Elsbeth hid her face in Tomberlain’s shoulder rather than look at the witch.  Curdwallah cocked one crooked eye at the children.  The eyes looked more bugged out and hungry than ever to Margueritte and she dared not look directly into them, even for a moment.  Curdwallah made an almost imperceptible wave to the two who were sitting in the dark corner and then she headed to the stairs, a short cackling laugh touching the corners of her lips. 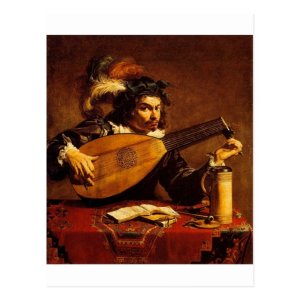 Finnian and the village druid, Canto, were nursing their cider.  Margueritte did not think they were there to spy on Thomas, but rather they seemed to be eyeing the children, and especially herself, though for what nefarious purpose, she could not guess.  Thomas took that moment to lean over and whisper.

“They say there is not such a mystery to the death of Curdwallah’s husband and sons.  They say she waited until her sons were plump and juicy and then she boiled them and ate them down to the bones.  They say her husband found out, but in her wicked strength she overcame him and strung him from the ceiling like a spider strings its’ prey.  Slowly, they say, ever so slowly she sucked the living blood out of his veins and when she had feasted, she buried the man’s shriveled carcass under the Tower DuLac and locked the door and never goes in that way, but climbs to the window one flight up whenever there is something she needs in the Tower.  They say she is a devotee of Abraxas…”

“Stop.  Stop!”  Elsbeth had her face buried in Tomberlain’s shirt and wept.

“Oh, I’m sorry,” Thomas said, to comfort Elsbeth.  He placed his hand on her head once he realized he had gone too far for the little one.  “Let me tell you a different story of DuLac which happened long ago when Arthur was king and the great warrior who came from there and the Lady of DuLac.”  He proceeded to tell about Lancelot and gave him his Frankish name.  It was a wonderful story, full of love and honor, and enough battles to keep Tomberlain happy; but Marguerite felt sure Elsbeth would still have nightmares.  It being Samhain, she was not sure she would not have nightmares herself.

There are tales the people tell, and the there are secrets revealed that no one will talk about, they hope.  Monday.  Until then, Happy Reading 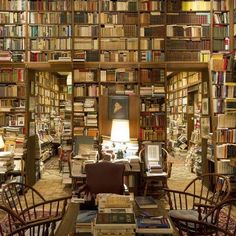