Gerraint, and all of the people with him, took the last ship from Avalon of the Apples.  They made a turn toward a stable harbor on Avalon proper.  Water sprites danced on the sea as they approached.  Mermaids and mermen made fast the ship at the docks.  Elves helped them disembark and dwarfs gave the ship the once over, Luckless waving to one of them like an old friend.  An ogre stood guard at the door and in the shadows, a goblin waited to record the names of all the visitors.  But despite all of these wonders, every eye looked up the cliff face to the castle of the Kairos, the palace of limitless spires and towers where the great kings and queens of all the little ones lived and rested from their labors.

“Lunch,” Luckless had a different name.

“That’s not what we’re here for,” Gerraint said.

“I’ve heard it said the castle turns to always present a different face to the enemy,” Bedivere said.

Gerraint shook his head.  “Alice realigns things now and then, but that is really like rearranging the furniture.” 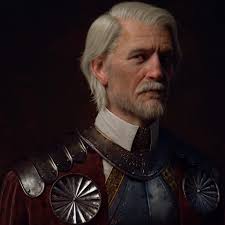 “And why shouldn’t she?”  Enid came up with Guimier who was delightedly pointing out everyone, including the ogre.

Gwynyvar could not look at the ogre, or the dark elf behind the book.  “And why have we come?” she asked.

“I have to speak with Guimier’s brother of a sort,” Gerraint said, and he took them to a comfortable room where they could have some privacy.  Then he called, and he put plenty of emphasis in it to be sure he got obeyed.  “Talesin.” The fairy who had just enough blood of the goddess in him to be immortal and to not be uncomfortable being big for long periods of time, appeared in a corner.

“Were those your hands that carried the cauldron across the round table?”  Gerraint started right in and did not make nice first.

“Was this search for the cauldron your idea, or did some other put you up to it?” Gerraint asked.

“My idea, some, maybe.  Maybe not, no, not alone,” Talesin hedged.  He started sweating.  Gerraint turned toward the others in the room.

“Has the search for the Graal been a good thing for the kingdom, or not?” he asked the others.

“It has given the young ones some taste of adventure and kept them off our backs for a time,” Lancelot spoke straight.

“It has given the headaches to the church for a change and left my meager bits of a treasury alone,” Arthur admitted.

“Overall,” Uwaine said.  “Though we’ve been through a bit to keep it from going the wrong way.”

“Very true,” Trevor said.  Gwillim stayed quiet, still trying to swallow all that he saw and had seen.

Gerraint nodded and turned again to Talesin.   “Come here.”  Talesin swallowed like Gwillim but came like one who had been through this often.  He even turned around and presented himself.  Gerraint gave him one whack on the rump, but it was a good one.  They could see it on Talesin’s face and several winced when they heard the slap.  “Get thee to a,” and Gerraint had to pause.  “Monastery,” he said, and added, “Now we go home.”

“That’s it?”  Talesin protested.  “Aren’t you going to do any more than that?  I sweated all this time and that’s it?”

“Anticipation son.  It is the worst.”  Arthur gave some hard-earned advice.

Talesin walked out, red with embarrassment.

“Monastery,” Gerraint shouted after him.  Then he made two archways appear in the room, or Alice did.  It felt hard to say, exactly.

“Luckless and Lolly.”  Gerraint nodded and pointed to one.  “A way back to the Continent.  “You have things to do ahead that don’t involve lying about with Rhiannon and her court.”

“I’ll explain it to you when we get there.”  Luckless said, and they vanished with the door.

“This other door?”  Gwillim wondered.  He finally, honestly, questioned everything.

“Cadbury Castle,” Gerraint said.  “I think Arthur owes us one good meal before we go home.”

“And a hot bath,” Enid added.  Gerraint nodded, but Guimier turned up her nose.

Tomorrow:  In anticipation, a sneak peak at The Kairos Medieval, book 3 (M3), A Light in the Dark Ages, the story of Margueritte: The Old Way has Gone.  It is the story of a young girl growing up in the middle ages, the dark ages, and… Well… Wait and see.  Happy Reading