The door shut and the two sides drew swords and went at it, Gwillim kept himself and Trevor in reserve, to step in where they might be needed.  Certainly, Gwillim knew Trevor was no soldier.

Peredur and Bedivere together disarmed Pelenor and Ederyn soon enough.  The hearts of the old men were not in it.  Uwaine and Lancelot dispatched the two men at arms, wounding them, one grievously.  Arthur disarmed the druid. who clearly had little practice with his sword.  Gerraint noticed Mesalwig when Mesalwig looked ready to stab Arthur in the back, but he got too busy with Urien to do anything other than shout.  Fortunately, Macreedy caught Mesalwig first, before he could strike a blow and before Arthur knew what was happening.  Mesalwig would not get up again.  Arthur seemed surprised, but not surprised, and chided himself for not recognizing the traitorous signs ahead of time.

Gerraint stopped.  Urien stopped.  They were the last, and Gerraint apologized.

“I’m sorry,” he said.  “I swore.”  Gerraint went into the time stream and Danna took his place.  Urien did not even have time to scream before his flesh simply turned to dust.  Danna began to cry.  Uwaine stood right there to throw his arms around her and let her cry on his shoulder.  Manannan also appeared, and after a moment he took his mother to a seat.  She patted his hand.  He was a quiet boy, stoic and stubborn, but a good grandson.  Llyr and Pendaron’s son, she remembered.  Manannan nodded and vanished before Gwyn and Pwyll came back in with the others.  Gerraint returned, but he felt very heavy.  He stayed seated.

“And I missed it all,” Luckless did complain.

“Lucky for them,” Lolly said as she took his arm.  They could almost see his head visibly swell.

Gwyn had Guimier and went back to trying to explain that her name was his in the feminine form.  Guimier didn’t care about that, but she liked his yellow beard.

“So you see.”  Pwyll explained to the ladies.  “I am bored beyond words.”

Enid spoke in response.  “When Gerraint first mentioned you, I was frightened, just a little, but now I see you are really a very nice man.”

“Indeed.”  Gwynyvar agreed and the ladies each took one arm.

“How about you, druid?”  Pwyll looked up.  Bedivere was currently tying up the man with the ropes that had once held Enid.  The druid looked over, but he looked scared almost to death, now knowing who he was looking at.  “Perhaps you should go with me.”  Pwyll lowered his gaze just a little and the druid let out a little whimper.

“But why?”  Peredur sat at the table with his old friend.

“I am old,” Pelenor said.  They were seated.  “How could I resist a chance at the Cauldron of Life?  I would give anything not to get old.”  Ederyn nodded slightly, but it was clear that he came mostly to support his friend.

“But it is not so bad to get old,” Arthur said.

“It is the way of things,” Trevor said.

“You don’t know.”  Pelenor’s voice rose.  He put out his hand and they watched it shake.  “But someday you will understand.  Someday.”

“Even dying is not so hard,” Gerraint said.

“How would you know?”  Pelenor shot at him.

“Because I have done it nearly a hundred times,” he said.  “Besides, it is the way of things, as Trevor said.”

“And for us all, apparently,” Pwyll said as he seated the ladies.  Everyone looked at him, so he continued.  “I have grown tired of beating Gwyn at chess.”

“What?  Never.”  Gwyn protested, but it was kindly spoken.

“I have decided it is time to make the journey over to the other side.  I would be honored if you would join me.”  He spoke this last to Pelenor.

“It would be a great adventure,” Macreedy said.  Some looked his way, as he clearly had something in mind.

“I could go with you,” Peredur suggested, and his hand went once more, unbidden to his lips.

Pelenor looked around the room, and at last nodded.  “Perhaps it is a cure,” he said.  “Even if not, I could use the much-needed rest.”  Then his whole countenance fell.  “I am tired.”  He spent his last word on Gerraint.  “God, son, how can you stand it more than once?”  He stood.

Peredur stood as well, and after a moment, Ederyn joined them.  “We’re ready,” Peredur said.

“And me,” Macreedy walked over to stand beside them.

Pwyll shook Gerraint’s hand for them all.  “It’s been great, but as I explained to the Ladies, I’ve been terribly bored since my livelihood was taken.”  Gerraint traded places with Danna once more and gave Pwyll a great hug.

“Gwyn?”  Danna looked at the other.

“Not just yet, mother,” Gwyn said.  “I think I’ll watch over Macreedy’s daughters for a time.”

“Bridgid has been sent on,” Danna said.  “And I have told her I will be closing the door.”

“Aye, but there are ways,” Gwyn said with a smile.  He turned to go.

“Ahem!”  Enid held her hands out.  Gwyn pretended embarrassment and handed her Guimier.  To be honest, he would have been happy to have the little girl accompany him back to Tara.  He paused at the door.

Pwyll put his arms around Pelenor and Peredur.  Ederyn and Macreedy followed behind as they turned their backs on the world and walked into the hall.  They began to fade.  None, except perhaps Lolly with her good ears could quite hear what Pwyll said as they faded from sight.  Everyone caught a glimpse of light and smelled something like Hyacinth.  Then they were gone, and Danna went to tears again.

Gwyn left quietly and headed toward the boat. 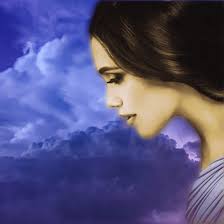 Danna and the druid answered together.  “God of the dead.”

“And you are?”  The druid asked in a very surly voice.  Danna said nothing.  She just looked at the man.  She said nothing until all at once when his eyes got big as he realized who he was looking at.

“I am Gerraint, son of Erbin,” she said.  “And a Christian, though my wife claims I have never been especially devout.”  Danna looked at Enid, smiled and went home.  Gerraint returned without pause, but the smile never left his lips.

One of Urien’s men died.  The other, with the use of one arm, brought the druid.

“Time to go home,” Arthur said, and they all felt the same.

“Not bad, considering we stormed the gates of Heaven,” Lancelot said, and he put a friendly hand on the young man’s shoulder.