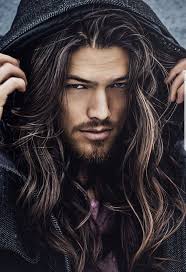 “This is as far as I go,” Dayclimber said.  The others looked at him.  Most assumed he would take them all the way, but clearly that had not been the plan.  “Down to the left.”  He pointed out certain things to guide their steps.  “Most Scots are not hostile and not inhospitable.  They trade well enough, even though our relations have come to fighting these last several years.  I think you British have not helped matters much, and your Lord Kai of your north watch has given bad advice.”

“It is not in Arthur’s interest that you and the Scots make peace and present a united front to threaten the north,” Gerraint honestly admitted.

“Yes.”  Dayclimber understood perfectly well.  “Only now you must stew in the juices of your own cooking.”

Gerraint nodded, much as he disliked clichés.  “All the same, thank you.”  He spoke for all.  Dayclimber merely nodded and turned to be lost very quickly around the bend in the path.

“Its’ colder than a witch’s…” Uwaine started, but Gerraint cut him off.

Uwaine gave him a hard stare while he slapped his arms, but he quieted.  Trevor and Gwillim laughed a little, and Gerraint thought that poor Uwaine’s feelings were not as secret as he imagined. It had to be hard to be in love with someone who died three hundred and fifty years before you were born.  Gerraint shook his head sadly before he started down the other side of the mountain.  Twice as sad was knowing that she cared for him deeply as well.  Then again, she could not help it.  Gerraint, himself, cared deeply for the first squire he ever had, though in a somewhat different way.  As far as that went, his thoughts were entirely on Enid, and just thinking of her made him pick up his pace a little.

They could only carry so much food from the Pictish village, and though at first, they supplemented their supplies with hunting, they were now in Scottish lands and had to be more careful.  Once again, they sought shelter before lighting a fire in the night.  A couple of times, they actually built a shelter for the fire, because they could not go through a night at that point without some warmth.

“People have died of exposure,” Gerraint said once.

“What?”  Gerraint and the others looked at him, seriously.

Urien shrugged.  “It just sounded like the kind of bad attitude thing I would say, that’s all.”  He shrugged again and curled up as well as he could beneath his cloak and skins.

After a few days, they came to one village where Dayclimber suggested they might get a warm reception.  He thought they might even find some of Kai’s men there as it was one place the British still traded, as far as he knew, and where Kai could provide his “bad advice”, which the Scots seemed so keen on taking.  Gerraint, Urien and Uwaine were for caution, but the thought of a warm bed in a warm hut and some honest cooked food, even if it was haggis, became more than Gwillim and Trevor could handle.  The result was not enough caution and they were rapidly surrounded and their weapons taken from them.

One older woman seemed determined to spit on each one of them.  Several of the Scots railed at them in the British tongue, and though they could hardly tell what the complaint was from all the swear words, Gerraint felt that at least in this place there would be no language barrier.  A number of the younger Scots could not resist examining the captured weapons, like men dividing the spoils after a victorious battle, and though Gerraint knew that language would not be a problem, the actions of the younger men did not speak well for the idea of a fair hearing.

One young man picked up Gerraint’s sword, Fate, and began to pull it slowly from its’ sheath.  The others crowded around with plenty of words of praise as the gleaming metal spoke of a weapon which was one in a million, if not altogether unique.  There would have been great arguments later, but Gerraint did not let it get that far.  He sent his weapons home, to the Isle of the Kairos.  The sword and long knife vanished right out of the young men’s hands, and that caused some considerable excitement.

One came up.  “What happened to the sword?  Where did it go?”  He yelled, but Gerraint waited a moment until others had gathered before answering.

“It is not a toy,” he said.  “And finding itself in the wrong hands, it has gone back to the island which stands fast off the North shore, from whence it came.”

“And the long knife?”  Another asked.

“And its’ companion with it,” Gerraint nodded.

“What is the Sword’s name?”  One asked, knowing that all great weapons were named.  Here, Gerraint hesitated because his sword was known and had a bit of a reputation.

“Morae,” Uwaine spoke up, trying the Greek.  “Wyrd.”  He gave it the Danish name Gerraint had once mentioned.

“The sword of Fate,” A man yelled from the back and Uwaine frowned.

“I should have told you the Chinese name,” Gerraint whispered as several in the crowd “ooed” and “ahed.”  A few had certainly heard of the weapon.

One man from the back pushed his way to the front, and people stepped aside for him.  He appeared elderly, though may have been younger in reality judging by the ease with which he moved.  His beard looked long and gray, as did his hair, or what stuck out of his pointy, brim hat.  His robe, full length, looked tied with a plain rope like a future Dominican, though also gray.  Gerraint had a hard time to keep his tongue from shouting, “Gandalf!”  He suspected, though, the druid might turn out to be more like Saruman.