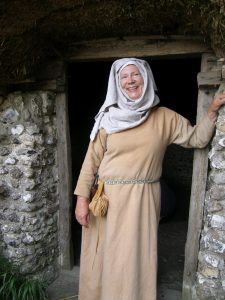 When those days were over at last, the winter bloomed.  Urien said they might as well winter in the village and Gwillim and Trevor agreed with him; but Gerraint knew how short the memory could be.  A few months merely gave time for some unfortunate misunderstanding to occur and they would be right back in hot soup.  Besides, he longed to see Enid and tell her how much he loved her.

“We see if we can make it over the highlands before the snows come upon us.  Then we cross the lowlands which even in winter is not an impossible thing, and we will find both warmth and welcome with Kai in Caerlisle,” Gerraint insisted.

Even Uwaine seemed reluctant, but everyone agreed when Gerraint secured Dayclimber to be their guide through Pictish lands.  Gerraint hugged Lucan good-bye, and only then realized that she was Chief Moonshadow’s wife.  They otherwise had no ceremony as the village quickly fell out of sight.  It was not that the people were ungrateful, but it was hard to let go of centuries of fighting against the British who came up regularly under Roman commanders.  The enmity felt too strong for gratitude to be shown.

Dayclimber traveled with blue streaks painted across his face and hands.  They would be watched most of the way, and might well stumble across a hunting party.  Dayclimber’s presence, and the blue which appeared identifiable, marked the party as under safe escort.

“It won’t come off until I grease it off,” Dayclimber explained. 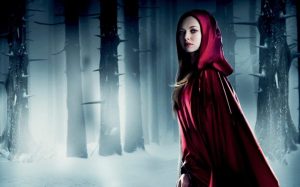 While they traveled, Uwaine surprisingly picked up his questions, and Gerraint tried to explain a bit more than he had aboard the ship.

“I suppose there was a little more of me in her when she came here because this is my time and my life.  But honestly you might just as well ask what it is like for Greta to inhabit a man’s body.  You see, it doesn’t work that way. Deep inside, in my spirit, my soul if you wish, I am only one person, but everything else, my mind and heart as well as my body is different every lifetime.  I don’t generally even know there are other lives I have lived until puberty, or later, and by then, even my personality is fairly well set.  So you see, I have not only lived a number of lifetimes, but I have lived as different persons each time.  Greta and I are one being, you might say, but she is her own person, with her own feelings, her own mind and way of looking at things, and her own skills I might add.  It was important that she come here to diagnose and treat the sickness.  Even with her instructing me in my mind every step of the way, if she could, I still would have flubbed it badly.  I am no healer.”

Uwaine nodded and thought about that for a moment before he had another question.  “So how is it that you don’t always look the same, if you are the same being as you say.  You are quite tall and dark haired and blue eyed, and she is much shorter, though not so short for a woman, but she has yellow hair and brown eyes, and very fair skin, and those little freckles.  Her lips are full, and,” he wanted to say more but he let it go.

Gerraint laughed.  He heard more than mere curiosity in that question.  “You forget.  I was designed by God, or by the gods, to be twins, one male and one female.  And that was back on the plains of Shinar where I got first born, one person in two bodies, under the shadow of that accursed tower. That was before the people were scattered and the races came into being.  My genetic code, so-called, carries the seeds of it all, and besides, outward appearance is not as important as you think.” 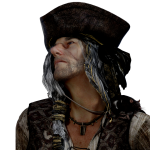 “Babel?”  Trevor listened in and tried to figure out which tower Gerraint referred to.  When Gerraint nodded, Gwillim, who walked right beside Trevor, whistled.

“As long ago as that,” Gwillim said.

“Yes, but it is not like I can tell you anything about those days,” Gerraint said.  “Memory is tricky enough in one lifetime.  It is all the more difficult going from person to person, especially when the winds of time are blowing contrary.”

Dayclimber lead them through the wilderness without hesitation.  “In my youth I traded beyond the wall,” he said.  “That was where I learned your tongue.  I made this journey many times.”  It proved slow progress, but fast enough to suit Gerraint, anxious as he was to get home to Enid.  “Sorry we can’t go any faster,” Dayclimber apologized.

“And weight,” Urien added, though Gwillim had slimmed considerably in the last couple of months.

The days kept getting colder, especially as they climbed to higher elevations.  The men often drew their cloaks tight around them against the wind.  The cloaks as well as skin blankets were a gift of the Picts for which all became very grateful when it began to snow.  There were flurries at first.  The brown ground they walked on turned white with frost in the night, and then the snow began in earnest.  Gerraint kept his eyes on the evergreens as they soon became the only color in a very black and white world. 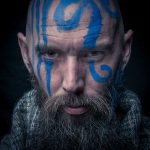 One evening, some local men came to the camp.  They looked potentially hostile, but Dayclimber talked to them, only raised his voice once or twice, and they went away. Urien then asked the pertinent question which no one answered.  “And how do we think we will be able to cross the Scottish lands unscathed?”

The very next morning they came to the top of a mountain pass.  The south, what could be seen, stretched out for miles.  The morning sun rose to their left and somewhat ahead of them, and it made them squint, but it did not obscure the sight.  Gwillim whistled again. Even Urien looked impressed by the beauty of the white and brown, rolling hills ahead which appeared endless.