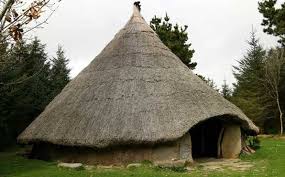 Greta stepped into the dark and faced the overwhelming smell of mold, too much mold in the rotting wood.  She immediately heard the coughing and wheezing in the corner.  Dayclimber found a candle to light, and Greta found an old woman in bed who looked worn, but who otherwise showed no outward sign of disease.  There were no red splotches, no pox, and no breakouts of any kind apart from a wart on one knuckle.

“More light.”  Greta demanded.  Dayclimber lit two more candles and then Greta made him wait outside.  She helped the woman sit on the edge of the bed and helped her disrobe.  She checked the woman’s glands.  They were swollen, but not badly.  The woman had a fever, but low grade at the moment.  Greta helped the woman dress.  About the only certain thing was the woman’s wheezing and coughing which sounded deep in the old woman’s lungs and rattled in her breathing, even when the woman was at rest.  Probably pneumonia.  Greta brought Dayclimber back in.

“How long since this came upon her?” she asked, while she found some water and a not-too-dirty cup.

“And when did the first one start?” she asked while she sprinkled a sleep mixture into the water.

“And was it wet this summer?”  She asked as she gently helped the old woman drink the mixture.

“The contrary,” Dayclimber said.  “It is always wet here, at least for many years, but this summer was unusually hot and dry.  Then the fall rains came.”

“Let her rest,” Greta said, and she stepped outside to get out of the moldy smell.  Dayclimber came out after he extinguished the candles.

“Not yet,” Greta answered, though she had some good ideas.  A half-dozen more huts needed to be visited.  The sick consisted of the very young and the elderly.  And in each hut, the mold was ripe.  She concluded pneumonia, brought on by constitutions weakened by all the mold and filth.  By the time they returned to the roundhouse, her men were gone and only the chief and a few other Pictish men were present.  Greta did not ask or let them ask anything.  She just started telling.

“Clear this building.  I want beds in here and all the sick brought together in this place.  Burn the houses where people have gotten sick.  You will have to build new houses, but use clean wood.  No mold or fungus allowed.  Their belongings and furniture can be saved as long as they are not rotting with mold.  Once you have them here, I will do what I can.”  Greta marched right past the men and toward the cooking fires out back.  It turned mid-morning, nearly noon by the time she finished her last examination, and she was hungry.

The women out back treated her like royalty.  Most would not even look up into her face.  Most also wanted to touch her thick, blond hair, however, and she let them.  Real blond hair was rare if not unknown among the Picts.  Greta noticed that there were one or two of the women who seemed a little less afraid of her.  This was good, because she would need some helpers.

“Dayclimber!”  Greta shouted even as the man came out the back of the roundhouse.

“They have discussed it,” he said.

“And?”  She asked impatiently.

“They will do as you ask,” he said.  “But your friends will be expected to help in the new building.”

“And they had better do their fair share,” he added.  He did not exactly threaten them, but near enough.  Greta nodded.

“Where are they?” she asked.  He took her to them.  They were in a fish house by the sea.  They were not exactly prisoners, but there were Picts outside, watching.  It took Greta about twenty minutes to explain her plan, what with all the interruptions.  Curiously, they did not ask who she was, where Gerraint went, or anything that she expected.  She looked at Uwaine.

“We talked,” he said, sheepishly.  Long ago he had been told to keep his mouth closed tight.  The lives of the Kairos were not meant to be public knowledge.  “I figured in this case, some explanation was in order.”

“Quite right,” she responded to him with a smile.  Her hand went to his arm and she leaned up on her toes to kiss his cheek.  It felt like a perfectly natural response for her, even if Urien had to spoil it.

“If Gerraint ever kissed me like that, I would have to hurt him,” he said.

Greta lowered her eyes at the man.  “No fear of that ever happening,” she said.  Then she let go of Uwaine’s upper arm.  She felt self-conscious about still holding on to it.  “Got to go,” she announced.  “And you boys better get your axe hands ready.  As Arthur’s men, I expect you to do twice the work in half the time of these barbaric Picts.”  She really could not help sounding like Gerraint.  This was his life after all.

It did not take long for smoke to begin to rise into the night sky.  Greta gathered her women and set them to fetch clean water and clean cloths.  Some, she set to scrubbing the insides of the roundhouse.  Some did laundry and boiled the sheets.  She felt she could not say the word clean often enough.  She set some women to cooking broth and other high nutrient, easy to swallow and digest foods.  And the two helpers she had singled out earlier, she took with her, to teach.  They were going to be her nurses.

As the sick came in, she showed them how to wipe and cool them with the water and cloths, how to keep them warm and covered against the fever chills, how to take a pulse and judge a spiking fever, and sit them up and help them cough up whatever they needed without choking.  Greta knew the formula for a very good expectorant.  She only hoped that some of them did not start coughing up blood.

“Dayclimber!”  She called after a turn scrubbing and cleaning.

“He has gone to be with the men.”  One of the older women who cleaned the floor with a brush and hot water spoke in near perfect British.  “I can talk for you if you like.”

“I need to go hunting for medicines before nightfall,” Greta said.  “Please tell these women I will be back as soon as I find what I need.”

“Mughrib, that is, Heather Woman wants to know if you can describe what you need.”  Greta did, as well as she could.  Gerraint did not know some of the things and thus he did not have the British word to put on her tongue.  Then also, even with the proper British word, the woman did not know what it was to translate, so it still had to be described.  In the end, though, it turned out one or more of the women had what she was looking for, or they knew where she could find it.  This saved much time, and by the time Greta stepped outside, the woman who came with her to translate knew just where to go.

“Lucan.”  The woman said her name.  “It means “Southern Girl,” but my given name was Mesiwig, and yes, I grew up, sixteen years, not far from Hadrian’s Wall before I came to be taken captive.”

“Because knowing a person’s name gives power over that person.  Spells, charms, curses can be brought against a person if you know their name.  Please.”

“All right.”  Greta would not argue.  “Heather Woman it is, but what is his name?”  She pointed behind them.  They were being followed by a young man with a large grin and a sword by his side, just in case.

“Twenty, I think.” In turn, Greta guessed Lucan was around forty-five.  “About your age,” Lucan finished.

Greta laughed again.  “I know I look twenty-something, but believe me, I’m more like fifty-five or so, maybe sixty.  I’ve been through a regeneration process, not that you would know what that is.  And anyway, in another sense you might say I’m five thousand years old.”  Greta stopped and picked a few plants.  It started getting chilly.  She considered her Dacian outfit and decided a change was in order.  She adjusted her fairy clothing with a thought and a few small words to mirror the clothes Lucan wore, much like what all of the women wore.  Lucan quickly hid her eyes.  Son of the Cow’s jaw dropped.  Then Greta had another thought and she added a red cloak and hood as she was wont to wear in the winter back home.  It felt like the appropriate dress for the Woman of the Ways after all.

“But such great magic,” Lucan said.  “I have never seen the like before.”

Greta’s smile faded as she decided to be honest.  “Actually, it is in the clothes themselves.  They are fairy made, plain and simple.  They will change their shape and even their color as you like, and they will always fit just right.  It is a marvelous gift, yes, but not magic in me.”

“All the same,” Greta went on to whisper.  “I would appreciate it if you kept this between us.  I feel a little healthy respect on the part of Son of the Cow would not be a bad thing.”  She pointed.  Lucan looked back and understood that well enough.

“Yes, I believe you may be right about that,” she said.

Once they had all that Greta needed, Greta faced the real dilemma.  Expectorant and pain killer might relieve a good deal of discomfort, but it would not cure anything.  For that she needed an antibiotic.  Greta knew she would live as a medical doctor at some point in the first half of the twentieth century.  She knew, because of that, she had some medical knowledge that no ordinary Dacian from the milieu of Marcus Aurelius would dream of having.  Unfortunately, though, she had no direct contact with that medical doctor at the moment, and no real knowledge other than scraps of information.  She had no way to access that life, though she would have preferred to trade places in time and let the good doctor decide the matter.

“Damn,” Greta said and put her hands to her head.

“Are you all right?”  Lucan was right with her.

“Yes, I just need a minute.”  Greta stepped away and thought.  Was it too risky to make an antibiotic more than thirteen hundred years before antibiotics were discovered?  Then again, this was not the first time this issue, or one just like it, came up.  Each time was unique and required independent judgment.