“Weapons.”  The man spoke in an imitation of upland British.  He kicked the dirt in front of him.  All complied and set their sheathed weapons on the dirt while two more blue painted men came from the brush to collect them.

“Maybe if there are only a few,” Urien said in his own halting Welsh.  He made an open suggestion which everyone caught, but there were more than a few, being fifteen of them.

“Walk.”  The chief gave the order, but the trip seemed less like walking and more like climbing over to the other side of the ridge.  An elderly man met them at the very edge of town. His British sounded much better than the chief of the hunting party and he slid right up to Gerraint with a few questions.

“Dayclimber.”  The man introduced himself as they walked to a central building.  “Where are you from?”

“King in Cornwall,” Uwaine explained for some reason.

They nodded before they entered the roundhouse.  They expected to be set in a kind of preliminary trial with the Elders of the Picts standing around them to pass judgment.  What they found surprised them.  There were tables in the roundhouse set out with a rich variety of food.  There were women to serve, but little evidence of men apart from the hunters who brought them in, and Dayclimber.

Gerraint and his crew stood respectfully and tried to keep from drooling while the hunting chief had their weapons piled in a corner.  Then he and his hunters fell to the food and Dayclimber led the captives to a separate table.

“Sit.  Eat,” Dayclimber said.  They could not believe their ears, but even while Trevor suggested that their food might be poisoned, Urien and Gwillim started eating with the comment, “Who cares if it is.”

Dayclimber sat beside Gerraint.  “You are learned men?” he asked again.  “You have skills in healing?”  Gerraint looked up.  Ever quiet and observant Uwaine spoke up.

“There were maybe a dozen fresh graves near the place where we entered in.”

“Plague?”  Trevor was quick to ask, and his voice did not sound too steady in asking.

Dayclimber nodded.  “We have no way to combat it.  Our healer was one of the first to die and no other village will send help for fear of catching the disease.  You were spotted some ten days ago coming from the north.  It was decided if you came near to us, we would seek your help.”

Gerraint looked at his companions.

“What you call out of the frying pan and into the fire,” Uwaine said. 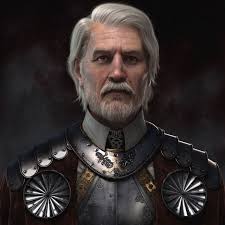 The chief spoke from the other table and asked how it was that they came to be in the land of the Picts.  Gerraint told the whole story, honestly, Dayclimber translating, and only left out his trading places through the time stream with Margueritte, and especially his brief time as the Danna.  The men quickly became engrossed in the tale, and the women stopped serving to listen as well.  Curiously, they had no trouble believing that Manannan had made them prisoners and seemed only surprised that Manannan had relented and set them free.

The chief of the Picts told them that they were aware of the madman in the wilderness.  “Now I understand,” the chief said.  “The spirit of the seal boy has taken the man’s mind, but it is madness for the boy neither to be able to return to the sea nor to live with his seal people.”

“You’ve said we are what we eat,” Uwaine whispered in Gerraint’s ear.  It was not funny.

“But you were not the one who convinced Manannan to let us go,” Trevor interjected in all innocence.  “That was the lady.”

Dayclimber translated for his fellows and then asked with eyebrows raised.

“Danna,” Gerraint said.  The Picts stood at the mention of her and there was mention of having seen her in the land some seventy-five years ago.

“But how is it that she would appear to the likes of you?  And intercede for you?” The Chief demanded an answer.

Gerraint did not feel shaken by their hovering over him.  He took a long moment of thought before he answered.  “When you see her, you will have to ask her,” he said at last. “I am a chieftain and a soldier.  Mine is not the mind to know the way of the gods.”  Curiously, that seemed to satisfy the Picts who resumed their seats, but slowly and with great questions still burning in the air.

Dayclimber spoke into the silence because there was another part of the story which did not satisfy him.  “And how is it this young seal girl was willing to speak to you, a warrior, when one of your kind just killed her brother, besides?”  The Picts, on hearing this question, looked up at Gerraint who sighed.  There was no avoiding it, in any case.  Besides, he had determined that the gods he had been were inaccessible at the moment, but Greta the Dacian Woman of the Ways and healer would be willing to look into this plague.  Someone had to do something, or their welcome would soon enough turn sour.

“Will the goddess come?”  Uwaine asked having read the resignation on Gerraint’s face.

“Not one of them,” Gerraint answered.  “But Greta may help, if you don’t mind.”  He knew Uwaine did not mind.  Uwaine was long in love with Greta.

“Dayclimber.”  Gerraint got the man ready to translate, and he told the rest of the story, about Margueritte and speaking as a young girl to a young girl.  The Picts said nothing at first.  Gerraint’s own crew stayed equally silent as Gerraint stood.  “And now, let the healer from the east and from long ago see if perhaps there is something that can be done for your people.”  He took Uwaine’s hand and one hand of Dayclimber’s in an age-old tradition.  “Do not let go, no matter what,” he said, and the dark haired, blue eyed, six foot tall Gerraint was not there anymore.  In his place stood a five foot, four-inch blonde with light brown eyes that sparkled with life.

Dayclimber shrieked and yanked back his hand.  Both Picts and Gerraint’s crew stood and stepped from the table with the shuffling and scraping of chairs and not a few gasps.  One Pictish woman screamed and dropped the clay pot she held.  It shattered on the ground and spilled milk everywhere.  Uwaine, alone, stayed unmoved.

“You haven’t changed a bit,” Uwaine said to her in Latin.

“But you have matured well,” she responded in the same tongue.

“That was you in Amorica,” he confirmed.

She nodded.  “Briefly.  But I suspect I may be here a while longer.”

“As always, I am your devoted servant,” Uwaine confessed, knowing better than to say more.  But she was a wise woman of the Dacians and Romans.  She could read his heart and mind no matter how deeply he tried to hide his feelings.  She saw his love and could not help the smile in return for the depths of her own feelings.  The lives of the Kairos could sometimes be very complicated.

“Hush, lest you make my husband jealous.”  She turned to Dayclimber as she let go of Uwaine’s hand and spoke in Gerraint’s British tongue.  “We have the sick to attend to,” she said.  “Tell your chief I will do what I can but I make no promises.”  Dayclimber said nothing until Greta stomped on his foot.  Then he blurted it out all at once.  The chief of the Picts slowly nodded.  He understood.  The gods never made promises.

As they walked, Greta checked her clothes.  The fairy clothes that had come to her had shaped themselves in the Dacian style of her home.  That only made her three hundred and fifty years out of date.  Still, she had sent her armor away with Gerraint.  She came as a healer, not a woman warrior of the Dacians.  Of course, her weapons also disappeared from the pile of weapons at the same time, but she supposed no one would really notice that except perhaps Uwaine.  In their stead, she called from her own island in the heavenly sea, her bag with everything she was used to carrying on just such errands of mercy.  With that on her arm like a woman’s purse, she was well supplied with the drugs, herbs and medicines she might need, that is, if this disease was anything familiar.

Dayclimber said nothing the whole way.  He kept staring back at her as she followed one step behind.  He nearly tripped several times before they reached the door of the first hut.  “Is your nose filled?” she asked him.  He did not understand, so she set her hand against his chin.  “Close your mouth,” she said.  He did as he opened the door.