The travelers settled on the hill for the night.  Wallace and Lincoln thought if they did not build a fire, perhaps the soldiers down below would leave them alone.

Katie had another thought.  “Elder Stow.  If that was the witch in the Athenian camp, and if you missed, you need to set your screens around us to keep her out.  Your screens are the only things I know that stymies her.”

Elder Stow shook his head.  “I can do that, but keep in mind, I only have small handheld devices for temporary duty.  They are not designed or powered for long-term use.  The power source, what you call batteries, are running low.”

Lockhart also had a thought.  “It would be good if you could project your scanners beyond the screens so we could get some advanced warning when someone approaches.”

Elder Stow shook his head again. “That is tricky, but I can do it tonight, but not for many nights.  When my power source is empty, that will be it.” 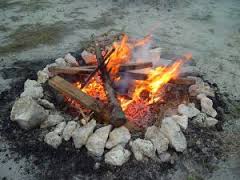 Boston laid her hand over the wood, and the campfire sprang to life.  Decker brought in the big deer he shot earlier that day.  He had cut it well outside the camp, and now had it ready to cook. Sukki had the big pot, and helped Alexis gather some greens along their journey.  Alexis thought to say something.

“Dinner in two or three hours, and there will be plenty for our visitors.”

“Understood,” Lockhart repeated himself and looked up at the position of the sun.  No one doubted they would have visitors.  The only question was how long would it take the Macedonians to put together an envoy to see who the powerful people on the hill might be—the ones who helped them at a crucial moment.  Katie, and some others, feared the Macedonians might think they were gods, or representatives of the gods, at least.  Given Elder Stows weapon, though only fired once, it might be hard for the soldiers on the field to think otherwise.

“You folks think and act like a military expedition,” Wallace said.

Millie and Evan nodded, slightly. Lincoln continued to read from the database, while Millie spoke.  “I questioned it at first, myself.  But now I understand that we almost have to.”

“Major Decker and Captain Harper-Lockhart are military,” Evan said.  “They are Marines.  Elder Stow, too, after a fashion.  He is a ship’s officer.  Lockhart trained as a police officer, like a detective, and he is the assistant director of a super-secret organization in the future that’s kind of like a military organization.  Even Lincoln is a spy, and worked often with the military.  Have I got it right?”

Lincoln paused in his reading and looked at Wallace.  “It is safer that way.  We can still be surprised, but we do try to cover every contingency as much as we can. We are trying to get back to the future while interfering with history as little as possible.”

Lincoln nodded.  “They are in big trouble.  They should not have interfered with the normal course of events.”

“Why is that important?” Wallace asked. He clearly did not understand.

Lincoln sat up a little straighter as he answered.  “It is like, if you kill your grandfather, or great-great-great-grandfather, you would probably disappear, like you never got born in the first place.”

“Then again,” Lincoln said.  “Maybe the historical record changes to reflect what we do, only we would never know it.  I can’t tell from the database.  It has some very detailed information about many things, but seems deliberately vague in some ways.  On purpose, I am sure.”

“Then again,” Boston countered. “If we do something outrageous, like maybe kill Hitler… Oh, yeah.  You don’t know who Hitler is.  So, say we kill Caesar before he reaches the ides of March, maybe we will be shunted off into a parallel universe and never get back to our own time in our own universe.”

Alexis interrupted.  “Or a half-dozen other theories.  The only safe thing is to slip through the time zones, interfering as little as possible, and trying not to change history.”

“But, Elder Stow and the Marines,” Millie objected.

“They are in big trouble,” Lincoln repeated, and went back to his reading.

Roughly two hours later, when supper got ready, the travelers spotted six men coming up the hill.  Binoculars and scopes came out, and people commented.

“No glamours,” Boston announced. “It isn’t the witch in disguise.”

“And no sign of transfiguration,” Alexis added.  With Boston, her elf magic came naturally, and she could spot the effects of magic a mile away; but Alexis, though human, had two hundred years of experience on Boston. She could look for the subtler signs. “Of course, the witch has proved a capable hypnotist, and that doesn’t leave magical traces.”

“Elder Stow,” Katie called, and the elder pushed his goggles up on his forehead and pulled out a handful of discs that allowed passage through the screens.  They agreed to not turn off the screens to let in their visitors, in case the witch had a way of fooling Elder Stow’s scanning equipment.  Sukki imagined the witch could be right up to the edge of the screens without anyone knowing, and if they turned them off, she might slip inside the barrier.  Lincoln agreed with her, though Elder Stow suggested that would be impossible.

Lockhart remembered how the fauns fooled Elder Stow’s scanner, so they went with the discs.

When the visitors arrived, the short, young one hurried ahead of the others and banged his nose into the screen. He fell back on his rump, and the other two young ones rolled their eyes and picked up the klutz.

Elder Stow stepped through the screen and handed out the discs, two at a time.  “One for you and one for your horse, and I expect to get the discs back, so don’t lose them,” he said, gruffly.  One of the young men explained.

“Slip one under the saddle to hold it in p-place.”  He showed what he meant.  “Hold the other one in your hand.”  He stepped through the screen, and the others followed, bringing their horses with them. 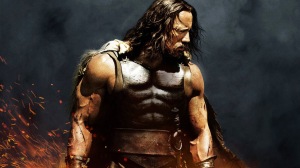 “Diogenes?” Katie asked.  She assumed only the Kairos would know how the discs worked.  He did not answer, exactly.  He hugged her.

“L-l-l-Lockhart,” he shouted, and opened his arms for the red-headed streak of light that jumped into his arms.

Katie ignored the shorter young man, who stepped forward this time with his hand outstretched, just in case, to protect his nose.  She found two beautiful young women sitting beside Sukki and Alexis, warming themselves by the fire.  They stood as the visitors came to the group.  Katie was not sure about the one that appeared so strikingly attractive it almost felt painful, but the other she knew.

“Artemis,” she said, and hugged the goddess before she thought too hard about what she was doing.

“Your witch has fled up toward the time gate,” Artemis said.  “I cannot say she will rush to the next time zone, but she should not bother you for the next couple of days.”

“Good thing,” Elder Stow said, as he walked past them.  “I can save my battery life for when it is needed.”

“Excuse me,” Diogenes brushed past the two and wrapped the most gorgeous creature on two feet in his arms.  He went for the lip lock, and she did not resist. Lockhart and Alexis stepped into the gap.

“Lockhart,” he smiled and stuck out his hand.  The short one took it.