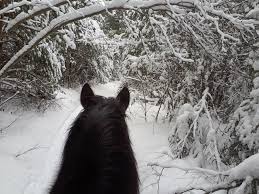 That day, the clouds closed in. They left by dawn, traveled under occasional snow flurries, and did not stop until sundown, riding as much as possible, and only walking the horses now and then to give them a rest.  That night it began to snow in earnest, and by morning, they entered blizzard conditions.  The snow came thick, and a mist came up from the ground and limited vision to a few feet.  Elder Stow’s promise that they should reach the monastery by the end of the day was the one thing that kept them going.

The travelers lined up, single file, to keep the horse in front in view.  Alexis convinced Boston to ride out front and extend her elf senses to find the best route to travel.  Boston knew she had some such skill, but she never tried it before, except that one time when the volcano went off.

Boston imagined fairies who might supply some fairy lights to help them navigate the snow.  What she heard was a distant hoop, hoop.  She smiled.

“We got hoopers,” she yelled to the others.

“Great,” Decker said, giving it his sarcastic best.  He rode a bit out on the flank, but never far enough to lose the train.

Boston led.  She could make a fairy light of sorts if it got dark enough. She also had the fire in her fingertips, if needed.  Sukki followed her at the head of the actual line when Boston rode ahead to check with her hooper friends.  Elder Stow came next.  He kept one eye on the scanner to keep them from deviating too far from the path to the monastery.  He also had a light, and the only one strong enough to penetrate the terrible storm. 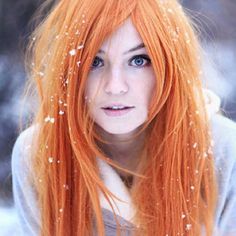 “Good thing I’m up front,” Boston shouted to Sukki.  “Last time we went through a storm like this, I followed Elder Stow.  He left the line without telling anyone, and went invisible. I ended up lost as all get out.”

“No worry here,” Elder Stow spoke up. “No sign of any Gott-Druk around to tempt me.”

Katie and Lockhart followed Elder Stow, watching carefully in case the wolves or something like a snow leopard might get their scent in the wind.  Somehow, every hour brought colder and colder air.

“Careful.  You’ll scare Lincoln.”  Lockhart looked back, and then grinned at Katie, even if she could not quite see it in the snow.  After a moment, he added, “I agree.”  This felt like no spring storm, even if it was really early spring.

Evan and Millie came after Lockhart. Millie got out her blanket, and riding behind her husband, she tried to keep the two of them covered.  It limited their vision except straight ahead, but it helped some against the increasingly frigid wind.

Lincoln and Alexis came last on Lincoln’s horse, Cortez.  Alexis could turn her magic wind against anything following that might get too close. She could hold about anything at bay, until Lincoln got his handgun out.  She prayed that would not be needed.

“My hands are going to freeze to the reins,” Lincoln said.

“Fairy weave can only do so much,” Alexis responded in his ear.  “The poor horses must really be suffering.”

“Good thing these tents are adaptable,” Lincoln agreed.  “At least their legs are covered with long, medieval-like blankets.” 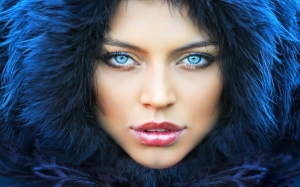 “I think they are called saddle pads,” Alexis said.  “It was well before my time.”

“Not since gunpowder took over,” Alexis smiled and slapped him gently on the shoulder.

They rode across a big open field where the wind blasted them and made each step colder than the one before. Cortez kept his head down.  At least the wind whipped across the field and he did not have to head straight into it.

“Trees ahead.”  They heard Boston, far away as she was in the storm.  As an elf, she could make herself heard when needed.

Alexis nodded, even if Lincoln could not see her.  “Give the horses a break from the wind.”

“Give me a break,” Lincoln shivered.

Two hoopers bounced alongside Boston. Sukki marveled at the creatures, or strange people.  She remembered that the travelers always called others, people, even if they were not human people, or in her case, Gott-Druk people.  She glanced back at her adopted Gott-Druk father.  Elder Stow turned on his spotlight as he went among the trees to give some illumination in the dark.  It had been dark all day, but among the trees it got especially dark.

Decker slipped in behind Elder Stow, and Katie and Lockhart hurried to get out of the wind.  Millie pulled her blanket up over her and Evan’s heads against whatever snow might slip off the branches.  Cortez stepped on a slippery rock and fell to his knees, spilling Lincoln and Alexis.  Alexis hit her head on that same rock.  Lincoln got deposited in a snow bank by the trees. 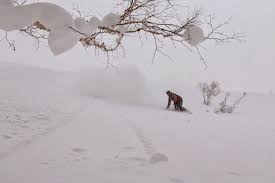 Lincoln dug himself out of the snow as Cortez got to his feet.  The horse appeared to be limping, but Lincoln could not be concerned about that yet. “Alexis,” he called. She did not answer, so he crawled to where he saw her, lying still.  “Alexis,” he said more softly when he reached her, then he added, “Oh crap.”  As he turned her head to face him, he saw a big gash just above her temple.  She was unconscious.

“Crap,” he said again, and got up to grab Cortez’s reins.  He needed the medical pack Alexis carried.  Cortez favored one leg, but it did not appear broken.  Lincoln thought to shout as he got what he needed. “Hey!  Stop!  Help! Hey, stop!”

The only ones close enough were Evan and Millie, but between the trees and the blanket pulled over their heads, they heard nothing.  Even Boston, with her good elf ears, did not hear.  Her mind focused on what was ahead and did not worry about those behind her.

“Alexis,” Lincoln called her again as he held the gauze against her head to stop the bleeding.

“Benjamin,” she responded softly, but did not come out of her faint.

“Damn,” Lincoln said.  He had plenty of snow to clean the wound, and the cold probably helped more than he knew, but he did not know if he could move her. He had to.  His hands were frostbitten and his nose and ears, right through his hat and scarf, felt like they were going to fall off.

With great effort, he got a bandaged Alexis up in Cortez’s saddle, where he took what rope they had and tied her down. He draped her arms around Cortez’s neck, and would walk beside her to make sure she did not slip off.  Cortez definitely limped, but the horse was a trooper and did not argue.

Lincoln walked them carefully into the woods.  He thought he might be able to make out the trail.  Seven horses ahead of them, walking in more or less single file, might not be too hard to follow.  The trees helped with the wind, but it felt colder in the stillness of the trees. 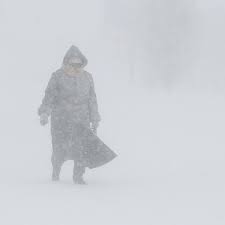 Very quickly, Lincoln knew he would not be able to follow for very long.  They had to be way ahead of them by then.  The snow would not let up.  And while he could still see the trail under the trees, it would be well covered by the time he got to the next open field.  They already moved right to get down one hill, and far to the left to get up another.  No guarantee they moved in a straight line from this point, and he had no idea how far away the monastery might be.

Sure enough, they came to a wide-open field.  Lincoln stopped at the edge of the trees and tried to think what he could do.  He could keep walking, he decided.  Or he could die of hypothermia in this weather. He considered stopping and starting a fire, but he did not know if he could do that.  He did not have fire in his fingertips the way Boston did.

Lincoln squinted.  He imagined a light in the distance.  He convinced himself it was Elder Stow’s spotlight, though the back of his head said he was imagining things.  He walked.  Cortez limped beside him.  Alexis became conscious enough to hang on.  And he walked, until they got well out into the field.  He knew he was not thinking straight, but he could not do anything about that.

“Boston…” he tried one last call, but it sounded weak and would not carry in the storm.  Then Cortez stumbled again, and Lincoln, in a sense, surrendered. He got Alexis free, and they slipped to the snow where they leaned against the horse, and he held her to share what body warmth he had left.  The thought of getting their blankets did not occur to him.  He felt too close to unconsciousness himself.  His only hope was the others would notice their absence and Elder Stow might pick them up with his scanner.

Something in the back of his mind said wrist watch communicator, but his thoughts felt frozen.  He could not figure out what that might be.

It felt like an hour.  It might have only been a minute.  Lincoln became vaguely aware of a man standing over them. The man picked up Alexis like a baby and put her to his shoulder.  Lincoln let her go, thinking she would get the help she needed.  The man somehow got Cortez to stand, and then reached for Lincoln. He picked up Lincoln like a sack of potatoes, under his arm, with his head pointing back toward the horse.

“Cortez,” Lincoln whispered, and the horse, relieved of the burden of Alexis, followed.

They walked slowly so the horse could keep up.  Lincoln lost all sense of time, but it was not long before they came over a rise and found the monastery straight ahead.  There were people on horseback in the gate, but they didn’t ride out until the man set down Lincoln.  He gently placed Alexis in Lincoln’s arms, and backed away.  The last thing Lincoln remembered was the horrendous smell of the man. He felt like throwing up, but he did not have the strength.

TOMORROW.  Don’t forget, 4 posts this week, so come back for the conclusion… 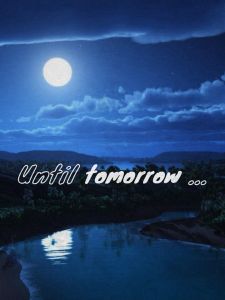