The following morning, the clouds closed in again, and by noon, it started raining, a cold, soaking kind of rain; the kind to put everyone out of sorts.  Elder Stow and Decker stayed in close, given the rough terrain, and even Boston and Sukki did not straggle far behind.

By noon, everyone felt miserable; but Evan reminded them of the monastery up ahead, and when Elder Stow claimed the small dot on his scanner might indicate human habitation, they all felt a little better.  They hurried lunch, but would have hurried it in the rain in any case.

Around two that afternoon, the rain turned into a deep mist-like fog that limited their visibility.  Decker and Elder Stow moved in closer on the flanks. Ears opened, and talk came in whispers, until Boston shouted, “Hush.”  She stopped moving, and Sukki stopped with her.  Lockhart clearly did not want to stop in the open, out in the rain, but he did.  Elder Stow and Decker came all the way from the flanks.  “Hush,” Boston repeated.  She pointed to the woods up ahead, but off the line they traveled, to their right, and down a gentle hill.

Everyone heard.  It sounded faint, in the distance.  A barely audible, Boom, Boom.

“Sounds like someone has a big club,” Lincoln said.

“What are they hitting?  Drums?” Evan asked.

Katie closed her eyes for a second, and stretched her hand out toward the sound.  “I sense no danger to us from that direction.”

Decker spoke sensibly.  “I’m not picking up a pattern.  If it is a message, it may not be for us.”

Boston pulled out her amulet and pointed the way they were heading.  Lockhart started them moving again.  As they pushed slowly into the woods, the Boom, Boombecame louder and began to pick up speed.

Very quickly, they came to a stream among the trees.  “Winter runoff,” Lincoln called it.

“Woah,” Lockhart shouted and stopped. A hill, hidden by the fog, rose up before them.  It looked almost steep enough to be a cliff.

Boom-boom-boom-boom... The drumming became very fast, like someone banging between two trees. Katie closed her eyes again and faced the sound.  Lockhart got ready to cross the stream, but waited for Katie.  He watched as her eyes sprang open.

“It’s a warning,” she said.  “Back to the meadow,” she yelled and swung her horse around.  “Hurry,” she added, as the ground began to tremble. The others started more slowly, but sped up by the time they heard the rumbling on the hill.  The hillside gave way.  Hugh chunks of mud and boulders rushed to the forest below.  Bushes were crushed, and saplings snapped.  Big, old trees cracked and fell over.  The stream got blocked and had to find a new path. Horses and riders burst from the woods as the rumbling stopped.  The mudslide stopped at the edge of the forest.

“Everyone here?” Lockhart yelled over the din of voices.  Everyone was, though they all looked rather shaken.  “Which way?” Lockhart asked again, wanting to get out of that area, just to be safe.

Katie and Boston both pointed toward the Boom, Boom, which had once again slowed and sounded more distant.

“We would have had to go around that hill in any case,” Lockhart said.

“I would go the opposite way,” Decker said, softly.

“I think we are outvoted,” Elder Stow said more loudly, but only because Gott-Druk are not good at whispering.

The travelers gave the hill a wide berth, and came down into a valley where a small river ran, no doubt made up of many small streams.  The rain stopped and the mist cleared off about the time they found an acceptable campsite.

The booming had long since stopped, but this time no one jumped when Boston said, “Yeti,” and pointed up river. Some eyes turned in that direction, though of course, they did not see anything.

“Thank you.”  Alexis thought to shout that out, just before Boston said, “Gone.”

“Do you think they could be like the fauns, slipping into another universe?” Decker asked.

“No,” Elder Stow said.  He sat frowning and shaking his head at his scanner. “I have adjusted the scanner to pick up any such thing, like movement out of the world altogether, like a hole in the world to another dimension, or something.  No.  I’m catching glimpses, but having trouble picking up the Yeti, or whatever it is, even when it is there.  I have no way of knowing where it goes.” 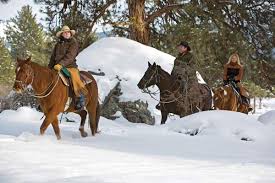 “Time distortion,” Lincoln said, reading from the database.  “There is very little in here about the Bigfoot or Yeti.  That may be on purpose.  There may be some things the Kairos does not want known, for some reason. But anyway, as near as I can figure, the Yeti lives a few seconds in the future.  It can phase into our time stream when it wants, but mostly it moves ahead of us, in time, I mean.  I think when your equipment tries to focus in on it, it has already moved on.  That probably doesn’t make much sense.”

“No.  That is helpful,” Elder Stow said.  “I am not sure what I can do about that.  The scanner does not have a temporal adjustment.  But it is helpful to know.”

“It will never be seen unless it wants to be seen,” Katie added, agreeing with Lockhart.

People sat quietly for a minute. They tried to get warm by the fire, grateful that the fairy weave clothing was self-cleaning and self-drying.  All that frigid rain did not stick to them, or to their fairy weave blankets and tents.  Sadly, the horses were not self-drying, but the travelers did the best they could.  At least, by the river, the horses had some snow and ice-free grass to eat.  Then Evan had a thought.

“It seems to me, the question is, why is the Yeti following us.”

“And warning us,” Millie added.

No one had an answer, and soon, people went off to bed, keeping their watch in the night.

All remained quiet—cold, but quiet, until the shift change at four in the morning.  At that time of year, in that part of the world, the sun set around five-thirty in the evening, and rose again around six-thirty in the morning. Millie asked about the time.  She said she did not notice when they walked, but now that they had watches, surely, they were several hours, or time zones east of Babylon.  Why didn’t they have to reset the watches for each time zone?

Katie answered.  “I asked at the very beginning.  Lincoln looked it up and explained that the time zones automatically adjusted a few hours one way or the other.  He could not explain how, exactly.  But the result is, when it is noon here, it is noon in all the time zones.”

“A blessing,” Alexis said.  “We would be utterly frazzled by now if we had to adjust our internal clocks every time we came into a new time zone.”

“Some things you just have to take by faith,” Boston added.

“I see,” Millie said.  “But then, I have seen plenty of things that I used to dismiss as fantasies of the mind.”

“Like magic?” Sukki asked, as Boston magically started the campfire despite the soaking wet wood.

“Like elves,” Millie answered, and reached out to touch Boston’s pointed ears.

Boston grinned.  “I was not born this way, you know.  But it feels so right.  I can’t explain it.  I just hope my parents and brothers can deal with it.”

That began a long conversation about what to expect when they got home.  Of course, they all paused to hug Sukki and say she would be welcome to make a home with them.  Sukki only cried a little, and that got Elder Stow’s attention. Soon the men joined the conversation, though realistically, they could only imagine what might have happened back home after five years of travel.

Boston still wondered about that when she and Sukki got up for the early morning shift.  Decker looked ready for a two-hour nap, and Elder Stow looked already asleep, when Boston shouted.

“Wolves!” Sukki shouted as well, even as she punched one that made a leap for her.  She moved fast, and given her natural Neanderthal strength, she knocked the wolf into a tree and undoubtedly broke its jaw.  She whipped out the knife Boston gave her, as Boston pulled her wand to lay down a line of flames between them and the wolves.  Decker grabbed his rifle, but paused to watch the Yeti.

The Yeti made a sound like Chewbacca on a bad day.  One by one, it caught three wolves by the scruff of the neck and tossed them, seemingly without much effort, into the half-frozen river.  It turned and roared at the rest of the pack, flailing its arms for any wolves that might not already be running for their lives.  Then in a few steps it disappeared among the trees.

Elder Stow switched on his screens just before three lynx came at them from the other direction.  One slammed into the screens and appeared dizzy. Decker shot one, since Elder Stow had long since adjusted things so he could shoot out and nothing could get in. The third lynx ran, but by then the others were up, and Alexis offered a thought.

“There is something more than accident going on here.  Lynx are solitary hunters.  They don’t hunt in packs like wolves.”

“Not to mention wolves and lynx attacking at the same time can’t be coincidence,” Lincoln added.

Lockhart and Katie came back from helping Boston and Sukki put out the line of bushes still smoldering from Boston’s fire.  “Maybe we need to hurry and get to that monastery before the next mudslide,” Lockhart said.

“Good thing everything is still wet,” Katie had a different thought.  “Boston might have set the whole forest on fire.”

“Nuh-uh,” Boston said, but no one said anything more.