(In case you are a new reader) we return now to our regular schedule of 3 posts per week on Monday, Tuesday, and Wednesday, and 6 posts (2 weeks) for the whole episode.  Enjoy.

“The Kairos?” Evan asked, still not quite understanding, thinking that the Kairos would not be anything like a lowly gardener.

“Apparently, he built the hanging gardens of Babylon,” Lincoln said.

“Oh…” Evan imagined that as better.

“You did not meet Labash?” Boston asked.

“No.”  Evan shook his head.  “We avoided people where we could.  We avoided Babylon in both directions.”

“Wait,” Katie said.  “Start at the beginning.  What did you see in your travels.”

“A good question,” Elder Stow said, as he shook his scanner, and only half-listened.

“Well…” Evan began.  “We left through the time gate in Italy and found ourselves in Palestine, or maybe I should say Israel.”  He paused Alexis in mid-breath.  “Whatever it is called.   It was similar to the land in the time zone we just left.  We did not go to any of the cities, and especially avoided Jerusalem. We learned to shape our fairy weave clothing to local styles, to blend in as much as we could with the local people.”

“What did you eat?” Decker asked.

“Food doesn’t move well through the time gates when you jump fifty years into the future with one step,” Alexis said. “Or into the past either, I suppose.”

“We found that out,” Evan said. “But that was why we could not avoid people completely.  We asked for bread, and always managed to find someone willing to share, and usually some olive oil, and fish or something besides.”

“Wow,” Boston said.  “You just went up to people and asked them for food?”

“News flash,” Alexis said.  “No internet in 1905.  No video games, television, on-line purchases, e-mail, or any way of isolating yourself from the human race.  People still knew how to talk to people in 1905.”

“I know that,” Boston retreated.

“Anyway, we traveled through that time zone without causing a ripple.  Only two things of note.  One was personal.  I was always interested in the Hasmonean revolt.  I kind of thought I might go back there one day to check it out.  Second, that was when we first noticed something seemed wrong with Nanette.  Millie said it felt like she became a different person, and not Nanette at all.”

“Come to think of it, she was the one who most strongly urged us to avoid Jerusalem, which is odd, since she was such a strong believer.  I would think a visit to Jerusalem would be high on her list.  Anyway, we moved from there and came into the Greek countryside. I didn’t mind that so much either. We crossed the Peloponnesus and traveled all the way up to Byzantium.  I did not mind that trip, and we met more people, mostly nice ones.”

“How could you talk to them?” Lincoln asked. 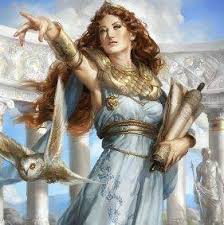 Evan nodded.  “Athena.  When Bodanagus gave us the fairy weave clothing, and she gave us the green and red chestnuts that point to the time gates, she also laid hands on each of us, one at a time.  She said she was giving us the little one ability to understand and be understood, no matter the language.  She also said she was setting a hedge around us, and a message so that when we moved from time zone to time zone, other gods might add to and strengthen the hedge. Funny, I did not understand what she was saying, but I did not question any of it at the time.”

“The gods have a way of clouding the mind when they want to,” Boston said, and Alexis agreed.

“Yes,” Evan seemed to understand. “But I have been speaking in English with people all this time, and hearing English, and it never occurred to me that there was anything odd about that.”  He paused to consider.  “What did she mean, hedge?”

“It is a partial block on your mind,” Katie explained.  “So even the gods cannot read your thoughts and learn about future things.  It also lets us talk about things freely, and no god can overhear us unless they are here, with us.”

“What if they go invisible, like Elder Stow?” Evan asked.

“No,” Elder Stow answered for himself. “I asked about that.  No tricks will work.  The gods or spirits themselves have to be present so we know it, and we have to deliberately include them and tell them something or they hear garbled noise.”

“Bodanagus said Salacia put the first hedge around us when we appeared in Rome, his time period.  He said he felt a disturbance in time, and traced it to us.”

“Amphitrite,” Katie reminded the others. “The Kairos,” she said for Evan, who nodded that he figured out that much.

“Professor Fleming thanked Athena for the languages.  I think he may have known who she was, hard as that may be to believe.  She said, she was glad to help a true scholar and man of knowledge, as opposed to Bodanagus who only pretended to know things.”

“I bet he had a comeback,” Decker said.

Evan nodded. “He told her to go suck a sour olive.  But, if that was truly the goddess, wouldn’t that be a very dangerous thing to say?”

“They have a history,” Lockhart said, and left it at that.

“So, who was in the Greek countryside?” Alexis asked, wanting to get back on topic.

“Three armies.  Romans, Aetolians, and Macedonians; but I think the first two made a pact against the Macedonians.  Two men and two women explained it all to us.  They were a strange group.  The Greek was a Roman tribune.  The Roman was a Greek magistrate.  One woman was a priestess of Olympus and for the Amazons, or so she said.  The other woman was an amazing beauty, if I may say so. But she wore armor, very similar to Bodanagus, come to think of it.  She had a sword over her back and a long knife across the small of her back, and I, for one, did not doubt she knew how to use those weapons expertly.  She gave us gold, silver, and copper coins out of her bag, for Wallace and I to stuff in our pockets.  She said the bag would disappear, but gold would not.  She also said they were the oldest coins she could find. An odd statement, don’t you think?

“Not if you are traveling into the past,” Lincoln said.  “Young silver will also disappear and go back into the ground before it got dug up.”

“Another time zone I might like to return to someday.,” Evan said.  “Anyway, from there, we came into China.  We did not fit in and moved on as quick as we could.  That was where Millie noticed some strange behavior in Nanette, but she said nothing at first.”

“Point,” Lockhart interrupted.  “If you notice anything strange or unusual, you have to tell us all right away.”  Evan stared, and then laughed.  Everyone laughed a bit.  Everything they were going through was strange and unusual.  Lockhart conceded the point when he said.  “Just don’t keep secrets.”

“All right.  So, then we got to Sicily, and there is not much to tell other than what I said.  Nanette chased us out of that time zone, and back into the Greek countryside, only this time, we came in around Megara and found the exit somewhere out on the Black Sea. When we went around Pella, you know, the Macedonian capital, we ran into a young man named Diogenes.  He gave us a few more coins and said to buy a boat.  I don’t know if he was a rich man, or what. I don’t know how he knew we would need a boat.  But we used the coins and rowed to the time gate.  We appeared in the river, and got out of the boat before it disappeared.  I suppose it went back to the tree from whence it came.”

“Where was that?” Katie asked.

“Italy, well north of Rome, at last. We hurried to the city where we were found by a wonderful woman, and her ward, a young blind girl.  The woman called herself Diana.  She said it was her name from a child, when Diana visited her on several occasions… Now, come to think of it, I suppose she meant the goddess, Diana.”  He paused to swallow before he went on.  “The last time was when Diana brought her the blind girl to raise.  Poor Justitia had no parents who would raise her, is what I was told.  She was a very sweet girl.  But the best part came when I found out Diana was actually Marcia Furi Camilla, daughter of Marcus Furius Camillus.  Isn’t that incredible, to have stumbled upon her?”

“If anyone other than you and I know who that is,” Katie said.

“I could look it up,” Lincoln offered.

“Never mind,” Katie said.  “How long did you stay there?”

“About three months.  A bit more,” Evan said.  “Wallace is still there.”  He sounded a little disappointed that they were not overly impressed with his discovery. “Finally, Millie agreed to go with me to resolve the debate about the founding of Rome.  But first, we had to land a third time in the Greek countryside. The Peloponnesian war was raging and the Athenians and Spartans were busy destroying each other, and dragging all the others into the war on one side or the other.  We 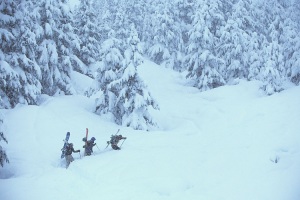 did not stay there, though we got stopped and delayed several times.”

“Something to look forward to,” Decker said.

“The next time zone was hard travel. I don’t know about horses.  I think we landed somewhere in the Himalayas. There was plenty of snow and slippery rocks.  Then we came here, and we traveled in this direction, around Babylon, and then the same place, but traveled in the other direction, around Babylon again. Then we ended up where we got separated, and I almost got eaten.  Then I found Valencia, and you found me.”

“That covers it,” Lincoln said.

“That is why I think it is best that you don’t read ahead,” Lockhart pointed at Lincoln, but did not explain.

“Not much help,” Decker summed it up.

“And you were right,” Alexis encouraged him.

“Something we might consider from here on out,” Katie said.

“No way,” Boston said.  “I’m not going through any time zone without finding the Kairos.  And if that puts us in the middle of the hurricane of whatever is going on, too bad.”