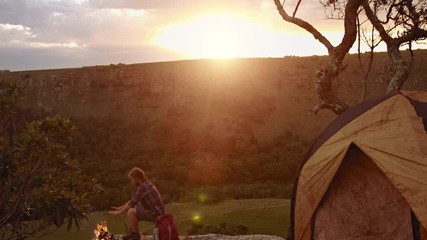 Boston and Sukki had the early morning watch.  They often built up the fire, put whatever substitute for coffee they had on to boil, and watched the sun rise.  On that morning, Boston, with her good elf ears, heard some sounds near the horses. The leaves ruffled, and a few twigs snapped.  Just when she got Sukki to go with her, to investigate, they heard Elder Stow’s alarm go off.  It sounded loud.

The immediate response came, even as people roused from their sleep.  Several streaks of white light energy dissipated short of the horses and the campsite.  Boston saw Elder Stow’s scanner on a log, outside his tent.  She figured he set it before he went to bed, just in case they had visitors in the night.

Elder Stow came out of his tent, rubbed his eyes to wake up, and stared at his scanner readout. “As I suspected,” he said.  “They are basically still working off Anazi weapons.  I see no signs of personal screen technology yet.  I read one humanoid and a dozen wolv.  A scouting party, I imagine.”

“You need to make your screens one sided,” Decker said.

Elder Stow grumped, even as two of the wolv came tooth and claw against the screens in a futile effort to break through.  “That is ship to ship technology, so we can shoot them and be protected against their weapons.  It is not meant for personal screens.  In a case like this, one might call it cheating.”  He made a grumpy face, but Decker simply stared at him.  Elder Stow finally said, “The screens are one-sided, even if that is not a proper technical description.” 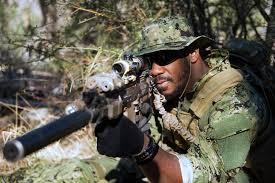 “Thanks,” Decker said, and he took his fancy military rifle and killed the two trying to scratch and claw their way through the impenetrable screens.  By the time he turned on the rest of the wolv, Katie joined him with her own rifle.  Lincoln and Boston pulled their handguns, though they only fired a couple of shots each. Lockhart grabbed his shotgun and blasted one wolv that tried to sneak around to the other side of the camp.  It took three shotgun slugs to put him down.

Katie saw the humanoid officer half hidden behind a tree.  He appeared to be hopping mad, and yelling to whomever might be listening.  She shot him, figuring they did not need him to call in reinforcements.  Then she felt bad about it.  She knew better; but by outward appearance, the humanoids did appear to be human.

Decker had a comment when the firing stopped.  “Don’t be surprised if one or more wolv plays possum.”

“I see no more life signs,” Elder Stow said.  “But now having seen the wolv, I agree, caution is in order.”

People stopped when they heard a sound. They heard distant explosions before they saw a good-sized ship come to the grassland just beyond the start of the forest where they camped.  When the ship settled down, they saw a number of people come out from the inside.  They recognized these people as androids, and watched as the androids hustled to make sure the wolv were all dead.

“Lockhart.”  A big black man in the doorway shouted.  “Boston.”  The red-headed streak ran into the hug.  Bring the horses.  We have to get everything loaded and out of here before the Lingling send more troops.”

“Tobaka?”  Lincoln asked first before he got busy breaking camp and bringing the horses to the ship.  “Lingling? Not Hungdin?” Lincoln asked the second question as soon as he had the chance. 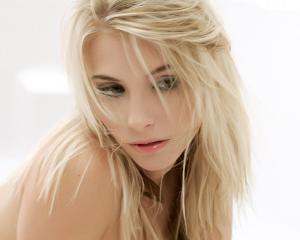 “Different house,” Tobaka answered. “But part of the empire.  This is really not a good time, though I suppose it never is.”

“Artie?” Katie asked when she had a chance.  Lockhart paid attention as one of the androids perked up.

“The queen is home, safe and sound,” the android said, but Tobaka gave a sad little shake of his head.  Katie cried a little, and Lockhart held her.

They flew a short way and set down in an android camp, where they powered down and pulled camouflage nets over the ship. The camp included two warships, like frigates, and three merchant vessels, none of which were as big as the Gott-Druk freighter.  There were local humans there, mostly young women, no surprise, but some soldiers in skirts that might have been Egyptian.  Tobaka called them Assyrians.

“So, Evan,” Tobaka began as he guided everyone to lunch under a big tent.  “How did you like flying?”

Evan nodded.  He swallowed, and grinned, but said nothing.

“Decker,” Tobaka turned next to the major.  “I am not American, African-American, or even a black man. I am African, specifically Nubian, though you can call me an Egyptian.  My family ruled in Egypt until the Assyrian a-holes came and killed them all.” Tobaka appeared ready to growl, but held his tongue.  “These Assyrian soldiers are part of the king’s penance, but that is a long story I will not go into right now.  Suffice to say, Decker.  You and most of your companions are Americans.  That is your tribe and nation, and the color of your skin or the color of my skin is irrelevant.  Believe me. It is cosmetics.  I have had many skin colors, if you haven’t noticed, but necessary to fit in where I am born.”

“No,” Decker said.  “I get it.  Being an American has nothing to do with a person’s outward appearance.” 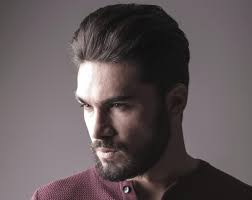 “Evan?”  Tobaka turned on the man.

Evan nodded, slowly.  “I understand.  My wife explained it to me more than once.  Nanette, the real Nanette, is an especially good person, and she would be no matter what she looked like.”

“Your road is harder,” Tobaka told him. “1905 is before the equal rights amendment, the voting rights act, and lots of important things in your future.”

“My heart understands,” Evan said. “I hope Major Decker can forgive me if my mouth gets stupid.”

Decker nodded, but Lockhart changed the subject.  “Lunch was great…”

“With actual fruits and vegetables,” Alexis said with a smile, and Elder Stow, Sukki, and Boston all agreed.

“But what are we doing here?  Are we supposed to be hiding?  Should we unload the horses?”

“I am waiting to see if the humanoids picked up our journey to get you.  I figure three hours is safe.  If they saw us and traced our energy trail to know where we are, they will attack.  If they don’t come in three hours, we are probably safe.”

Everyone looked to the sky, though the tent blocked most of it.

“Story,” Tobaka said, and stood. “This convoy originally had three escort warships, one being bigger, more destroyer size, to escort seven merchant ships and freighters.  They had a trade agreement with another world where they provided grain and sheep for certain metals, like coper, tin, and iron among others.  That world was rich in metals, but beginning an industrial revolution.  In human terms, like around 1800.  Their population started growing rapidly, and they were having a hard time keeping everyone fed.  It was a good deal.  The androids got the metals they needed, and the people on that world got fed.”

“It was an equitable arrangement,” DLN 28579-Dolan, the android commander spoke up, before Tobaka continued. 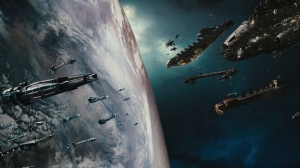 “The convoy got intercepted by a light cruiser and two destroyers of the Chantar house, a smaller house in alliance with the powerful House of Lingling.  It seems the humanoids have targeted the androids as competitors of a sort. That is why the androids fly in convoy, with escort ships.  The battle was fierce.  The humanoid cruiser got too heavily damaged to continue, and one destroyer got destroyed. The androids lost their destroyer and four of the seven merchant ships, though they left two behind that were only damaged.  Hopefully, they repaired and escaped before the cruiser affected repairs.  The frigates and three remaining merchantmen came here for repairs, not expecting to be followed, but the Chantar destroyer traced them to this world.”

“We hid,” Dolan said.  “Though many of my officers thought with our two ships, we could take on the single enemy.”

“The androids learned the stealth technology, and are using it against the humanoids that invented it,” Tobaka said.

“As long as we stay powered down, and they do not put another satellite in orbit, we don’t believe they can find us,” Dolan added.

“You are saying cruiser and destroyer, using human terminology for the ships,” Alexis pointed out.

“For the marines,” Tobaka said. “To show relative ship size and firepower.”

“Anyway,” Tobaka continued.  “Evan came through, and shortly after that, I convinced the Chantar destroyer to leave.  The androids made what repairs they could on this planet and also prepared to leave.  The minute they powered up, they found a satellite in orbit that signaled someone. They destroyed the satellite, but came back to see who showed up, in part thinking the Chantar destroyer might be hiding behind the moon or in the asteroid belt.  Three days ago, the Chantar destroyer came back with a Lingling battleship, a Lingling heavy cruiser, and two Lingling destroyers, all overflowing with wolv troops.  It is a mess. It appears the Chantar captain did not heed my warning, or the man got overruled.  In either case, this is not a good time for you to be here.” 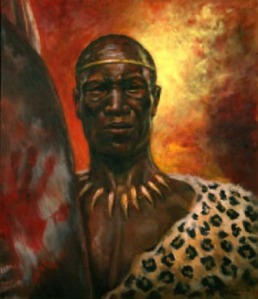 “Commander,” one of the android officers came into the tent, her eyes glued to a device, even like Elder Stow, who presently had his eyes fastened to his own screen device.  “There is no evidence of activity on the long-range power scans.”

“I am also not seeing anything in the sky,” Elder Stow said.  “Their ships are at the outside edge of my small equipment, but I see no movement there, either.”

When the sun began to set, so the light, including infra-red and ultra-violet would be in the enemy eyes, Tobaka made them get on the merchant ship again.  He said, good-bye, and they got flown to the next time gate, where they got dumped along with their horses and equipment.

“That was rude,” Alexis said.

“Camp,” Lockhart said.  “We go through in the morning.”

The Travelers head to Babylon where they run into Zombies, Murder, and Mayhem.  Next Time. 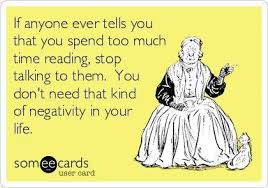