Greta sat alone.  She still had plenty to think about and she was not at all finished with her worry.  There were no guarantees here and she imagined a million things could go wrong. She felt panic coming on, but fought the feeling.  She did not do well in panic situations.

She thought she might be leaving her moody stage and entering her paranoid stage.  She wished Darius was there.  He always made her feel like everything would be all right, even if he had no way of knowing. He was her rock, and she missed him. She took a deep breath of the cold, fresh air, and set her mind to the task.

It did not add up.  She understood Mithras and Mithrasis trapped each other in the woods. When the two gods cancelled each other out, neither one could work many miracles.  She knew it had nothing to do with the old Gott-Druk electric fence because that equipment had surely rotted away after more than four thousand years, and she could not be sure if it had been picked up and moved to Avalon all those millennia ago.

Greta considered Avalon, her home in the Second Heavens, the Castle of the Kairos, her little island sanctuary where all her little ones were welcome to come and rest from their labors.  She looked at her companions who sat quietly, enjoying a wonderful meal.  She briefly thought she could open a door to Avalon, go there, and open a new door in the dome of the master, to step out and thus avoid the woods of the Wolv entirely. But she would not do that.  It would go against 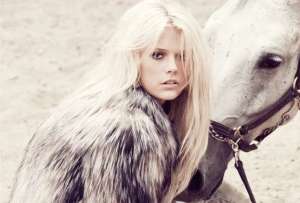 her every rule. Somehow, the need to burn her own bridges included walking her own walk.  As she often said, if she was supposed to die on the road so she could be born in her next life, then she had to be on the road to do it.

Greta blanched and thought again about Mithrasis. Mithrasis did not exactly threaten her life, truth be told, though she said it might come to that.  The Nymphus really just wanted to prevent her from coming. Then there was Lucius.  At first, Lucius kept trying to convince her to return to Roman lands.  True, he got a bit carried away with the rock slide, unless it really was the accident he claimed, but otherwise he did not get hostile, uncooperative, or even unhelpful. Jupiter seemed to want to kill them, but then he proved not as accurate with his lightning strikes as he got in her nightmare.  Maybe he just wanted to scare her.  She wondered. Certainly, she felt a strong urge to go home before she had that nightmare.

Greta stopped.  She started getting confused.  But she could not help thinking that even the Persian did not outright attack her, not counting that jackass thing.

“Lady?”  Her faithful centurion, Alesander, got her attention.  Greta looked up and appreciated his faithfulness over the years more than he would ever know.  She saw that Briana still sat by the fire.  She tried not to be obvious, but clearly, she payed strict attention, so Greta knew it was something she and Alesander discussed.

“And what have you and Briana decided?” she asked, and watched Alesander turn red.

“It is not our way to question how the druid knows what she knows,” Vedix spoke up.  Vedix sat nearby and listened in.  They probably all listened, especially Mavis.

“I cannot marry you two before I go into the Land of the Lost.  There is not enough time.  My ride is already on the way.”  Greta paused and stood.  “And we have company.”  Her eyes stared off to Alesander’s left so he turned to see what she looked at. Everyone looked.  An army of horsemen stretched across the south from one end of the horizon to the other, and they were drawing near.  Lucius appeared out front, leading them all, and Alesander spit, but held his tongue.

A fine mist followed by several clouds drifted down from overhead and formed into the shape of a giant between them and the oncoming horde.  The cloud formed figure stood twenty-feet tall, and inside the cloud they saw sparks and a kind of blue flame, which said the cloud giant had started to build up enormous amounts of electricity.  The horsemen in the distance slowed.

Then the snow gathered, even from beneath their feet, and it built itself up, higher and higher, until it made a kind of twenty-foot-tall snowman.  It had a grin with great, sharp icicle teeth.  A very small head, upper torso, and arms stuck out from the butt of the snowman. “We came down with the snow.  We were worried about you.” The baby snow person grinned and his own ice teeth filled the grin in a frightening way.

“Bubbles,” Greta named the sprite who disappeared again into the mass of the giant snow body.  Greta went on to speak her thoughts out loud while the rest of the crew got ready to defend her.  “I need to be gone.”

“They look to be sending out a group to parley,” Hermes pointed.  The horsemen stopped a thousand yards off and three men followed Lucius to a spot half-way between the horsemen and the giants.

“Briana, Hermes and Vedix,” Alesander took charge. “Get your horses.  Bogus, Pincushion and Mavis, guard your mistress.” The horses had to be saddled before the horses walked between the giants toward the meeting.  As the horses moved out of earshot, there came a great flapping 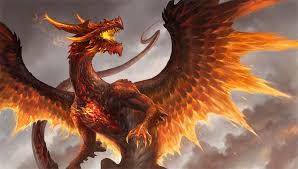 sound heard from behind, like the leather wings of an enormous bat.  A dragon came over the tree tops and landed beside Greta.  It looked easily forty feet, perhaps fifty feet long, and it raised its head ten feet up to stare down at Greta’s party.  The snow giant and cloud giant paid close attention, but no one made a hostile move.

“Do no harm.  No fire,” Greta shouted in the dragon tongue that all dragons were engineered to obey.  Of course, when they got as big and old as this one, they tended to develop selective hearing.  “No harm.”

The dragon cocked its head, turning it much further than a human neck could turn.  “I still understand the words.”  The dragon spoke in the Gaelic tongue of the people of the forest.

“We need your help,” Greta shouted.  “Your father and I need to reach the dome to save your daughters.”

The dragon turned its head further until it stared, upside down.  It looked hard at Bogus.  “Father?”

Greta and Bogus enter the Land of the Lost.  Until Monday, Happy Reading 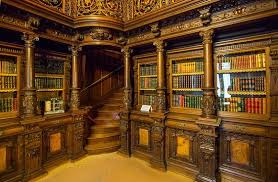