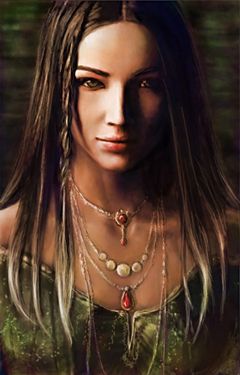 Mavis came in from the cold fall night and woke Greta before dawn.  “Lady. Bogus and Vedix have found the back door,” she said.  It took a few minutes to figure out what Mavis was talking about, but by then Briana came awake and got ready and several members of the Dragon Clan were there to escort them.

“The people of the dragon are determined to keep the notion that they have a back-door secret,” Bogus explained.  “But Chobar and the men of the Dog Clan are reported to be in the territory, only half a day away, and they are willing to make an exception for you in order to insure your safety.”

“This way,” The dragon elder led the way into a barn that butted up to the cliff face.  Greta smelled the animal droppings in the hay, which said the barn actually got used as a barn, and she tried not to step in anything as they made for the back wall.  Several men stood there to remove a well disguised bit of wooden planks and reveal a cave opening in the cliff.  The dragon elder continued to lead as the men brought torches to light the way up a broad path that wove through the inside of the rock cliff.

“Where are Alesander, Lucius and Hermes?” Greta asked quietly.  Her words echoed softly in the tunnel.

“Gone ahead to scout out the terrain above,” Bogus answered, and directed his voice to Greta’s ears so he would not disturb the underground.  Greta considered that ability.  Bogus the Skin wore

the glamour of an old man, a ragged looking prospector, but Greta and Mavis, probably Vedix, and likely the rest of them knew he was in reality some sort of dwarf.  In fact, Greta knew Bogus’ father had been an imp and his mother a fairy, an odd combination to be sure.  Bogus had wings after a fashion, but he showed no indication his wings worked, or could work well enough to lift his imp sized body.  Certainly everyone, except maybe Vedix, knew Mavis as an elf, though presently they preferred the glamour that made her appear human rather than be confronted with that reality.  With that in mind, Greta decided that the ragged looking prospector look was not a bad choice for the imp.

“I can smell the outdoors,” Mavis whispered, like a person who had some trouble breathing.

Greta nodded.  She smelled it too, and she felt glad that Mavis was not like some elves of the light who were naturally claustrophobic and absolutely no good underground.

Up top, Hermes and two men of the Dragon Clan sat around the fire cooking eggs and burning toast.  After a short while, Lucius came in from the southeast with another man of the Dragon Clan.  He reported the road back to Porolissum and Roman lands looked open.  He urged them to take that route before he sat quietly and burned some of his own toast.  When Alesander came back from the north, he reported the way looked difficult, rough but passable.  Greta had something else to say.

Nudd looked at his cousin Briana and shuffled his feet.  “I can help. I’ve been up this way before, all the way to the city of Samarvant on the River Olevant.  Father used to trade with the Dacians there.  I can help.”

“We go north.”  Greta wanted to say more to Nudd, but she thought she better get in that word before the others started expressing opinions and maybe tried to talk her out of it.  They took a

moment to say good-bye and thank you to the men of the Dragon Clan.  Greta watched them expertly cover the hole to the underground so no one would stumble upon it by accident; then they sat alone with the sun just below the horizon and the eggs ready.  Greta nibbled with one eye on Stinky the mule that Hermes had struggled to bring up from down below.

“He can carry hard bread and bacon for a while,” Hermes said.  “I figure his natural smell will keep the predators away.”  A few laughed softly, but they seemed to be waiting for what Greta had to say.

“Mother said to stay with you.  I can help,” Nudd repeated.

“Nudd,” Briana took up the cause.  “You will just get yourself killed.”

“So will you,” Nudd protested with some steam in his voice.  “Maybe I can get killed in place of you.”

“That isn’t helping,” Alesander pointed out.

“We go north,” Greta slipped that in again while Briana argued with her cousin, and since no one objected to going north, she thought she might try a piece of burnt toast.

Alesander and Briana took the point as before. Lucius and Hermes walked in back, behind Greta, Mavis and Nudd, with Hermes dragging stinky in the rear. Bogus the Skin and Vedix the hunter took the wings and kept their instincts open to warn against any predators, and especially to watch for Wolv.

“We ran into a Wolv on our way up to the village of the Dragon Clan,” Vedix said.

“You might say we saw eye to eye,” Bogus explained. “I can’t say what sort of senses they have, but it sniffed us much like a dog sniffing our identity.”

“Sharp.  All their sense are extra sharp, but the nose especially,” Greta said.  “Go on.” 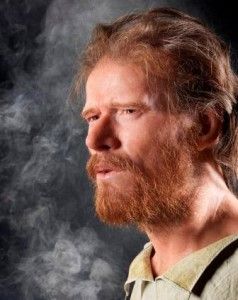 “Well, after a good sniff, it didn’t seem interested in us and moved on.”

“Bogus put the whammy on it,” Vedix said, with a little laugh.

“Me too,” Vedix said, more seriously.  Greta put Bogus and Vedix on the wings, though she had serious doubts they would get much warning if any Wolv suddenly showed up.

All that day, they made a path and cut their way through forest and thorn covered meadows.  They stopped now and then to catch their breath at that high elevation, but the real mountain peaks stayed always to their right hand.  They found a small clearing before a ridge lead down into a deep valley, and camped before the sun set.  Hermes thought they made good progress, but Greta knew this would be a long journey.

In the morning, Greta got her bag and handed a watch-like shield control and a Humanoid pistol to Alesander, Briana, Lucius, Hermes and Vedix.  That was all she had.  Bogus and Mavis had other ways of protecting themselves, ways the humans did not have. Greta let go of her dress and red cloak and called to her armor.  It stayed shielded by the magic of the little ones who helped make it and by the power of the god Hephaestus, himself.  Likewise, the cloak, which she turned the sliver side to a green camouflage with a mere thought, had been made by Athena and proved many things proof, as the goddess declared.  She hoped it might be proof against the energy blast of a humanoid weapon.  She apologized to Nudd and told him whatever happened, he should to stay beside her until she could secure another wristband and weapon.

The group got out of the trees and came to a grassy ridge top, well before the descent to the valley.  When they stepped closer to the edge, they felt the wind in their faces.

“The way of the winds,” Mavis spoke softly.

Greta pointed as everyone stopped to look.  “My guess is the north wind funnels through a gap in the mountains over that way.  I assume that will be the pass of the ogre’s jaw.”

“And straight ahead?” Alesander asked.

“The rumbling ridge.  It covers the whole far side of the valley.  The instructions said the pass would be the only way through.”

Lucius spoke.  “Looks like there is a ledge half-way up the far side.”

Alesander continued.  “The ledge probably goes to the pass, but I would not want to try for it and climb up all those rocks.  They look unstable.”

“Rockslide, do you think?” Lucius said, before he got interrupted by Nudd.

“I remember this place from when I was young. There is a way to that ledge, but it is many days that way.”  He pointed at Vedix who just then came running in from the forest.  He only had to shout one word.