A head popped out of a bush, startled Alesander and spooked Lucius enough to make him jump back.  “It’s Mother Greta,” the man shouted, and twenty men came slowly up on to the road from all directions.

“Was it me or the armor?” Greta asked coyly, as she stepped up and made sure Lucius did not react in the wrong way.

“Peace, everyone.  Put up your weapons,” one man shouted to the rest of the group.

“We have been watching the low road since the Lazyges came through two weeks back,” another man confided to Greta.

“But what brings you to our land?” a third asked.

“I’ve come to see my good friend Cecil, and to offer Danna’s blessing on your homes and fields.”

“We are honored,” the first spoke again, and the group lead their horses as they walked up the hill to a path in much better shape than the old road.  It took less than an hour to get to the village itself which rested behind fields, harvested in the fall, and flocks of sheep that grazed lazily on the hillsides.  The village sprang up suddenly on the mountain, hidden behind a well-built wooden stockade and butted up to a tall cliff. They no sooner entered the gate when all sorts of noises split the air.  People ran and shouted and a ram’s horn got blown from the town hall.  Word had evidently gone ahead of them, and a crowd gathered around them, but Greta held one man’s

attention so he led them to Cecil’s house.  Mavis stayed close to Greta’s side, like her shadow, her eyes lowered, not being entirely comfortable in the midst of all these strange humans.  Greta assured her that it would be all right, and she watched Alesander, Lucius and Hermes.  They gaped at everything that happened around them, and pointed here and there to both familiar and unfamiliar things.

“Looks like we’ve returned to Gaul, if you ask me,” Lucius said.  “I even recognize some words, or at least the sound of them, though I couldn’t tell you what anyone is saying.”

“Ancient history,” Alesander told Greta.  “A brief tour before we were moved into Dacia.”

“They are a lively people, I must tell you,” Hermes said, and they arrived.  They found a woman in the doorway.  She looked young, maybe Greta’s age of near twenty-four, or a little younger, and dressed in a leather jerkin and britches.  She had a bow over her shoulder and a sword at her side.

“Father is not here,” she spoke right up.  “Our home is small and our meat is no great bounty, but you are welcome to share in all that we have.  My name is Briana.”  Briana’s Latin sounded passable.

“Maybe we should set our own camp and not burden the young woman,” Hermes suggested in his native Greek.

“That would be rude,” Greta responded in the Greek before she turned to Briana and spoke in Briana’s native Gaelic.  “Thank you for your hospitality.  If you be willing, the men may wish to sleep outdoors.” 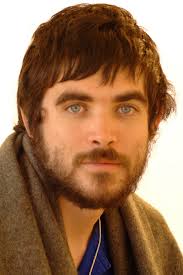 “Nonsense,” a young man stepped up on the porch to stand beside Briana.  The young people shared a glance that only best friends can share, but they did not touch in any way like lovers.  Greta decided they were probably birth-mates like Beauty and Koren of old.  Briana even had a bit of red in her auburn hair. Of course, Beauty had been fire red.

“Koren,” Briana introduced the man and Greta just nodded at the name.  History did tend to repeat itself.

“I will take the men, and we will see to their needs,” Koren said as other men came up to take the horses and the mule that Greta had taken to calling Stinky.  Lucius and Hermes were reluctant to part with their animals, but with a nod from Greta, Alesander insisted so they had no incident.

“Gentlemen,” Greta turned to the soldiers.  “Follow this young man.  His name is Koren and he will see you bedded for the night.”

“Bedded, yes.”  Koren’s Latin sounded better than Briana’s.  “But the elders are planning a feast tonight so there might not be much sleeping.”

Greta listened to what Alesander said in response before she followed Briana into the house.  He said they were old soldiers, certainly older than the young man leading them.  “And after our journey, please don’t be disappointed if we sleep more than the elders planned.”  Koren laughed and took it with a good will, just as the other Koren would have taken it.

Greta shook off the visions of history and paused in the doorway.  “Blessings be upon this house and all who dwell herein.”  She stepped into the little two room house and it reminded her of Mother Hulda’s house by the woods, and it looked just about as messy.

“Father went south on an errand,” Briana said, while Greta sat at the table and Briana hung her bow, arrows and sword in their places on the wall.  “I must dress.”  Briana got ready to go into the back room when she paused.  They saw a shadow at the door.  “Aowen,” Briana named the old woman.  “Aowen is our healer, now that Fae is gone to us.”  Aowen scowled and leaned heavily on her cane, a sure help in her advanced years.

“You were close to Fae?” Greta asked.  “She was such a dear and lovely woman.”  It was not the time and place to mention that Fae still lived, only transformed into a dwarf wife as her half-fairy blood finally had a chance to express itself.

Aowen grunted and stepped into the house. Apparently, Greta said something right, and it helped when Greta stood and offered her seat.  Aowen grunted again and sat heavily.

“Mavis, fetch a cup of water.  Aowen has something to tell us.”  Mavis smiled at having something to do, and Aowen stared at Greta while Greta took another seat at the table.

“You are the wise woman of the Dacians?”  Aowen prodded.

“I am a woman of the Dacians,” Greta responded.  “Whether I am wise or not remains to be seen.” Greta reached out to touch Aowen’s hand, to show friendship, but her hand did not get that far.  She stiffened, and Mavis grabbed her, knowing the signs.

Briana came from the other room, dressed in a long tan dress with a green apron.  Now she looked like every other woman in the village, except for being young and pretty in a certain Celtic way that Festuscato would have loved.  She noticed nothing at first, but Aowen spoke sharply and got her attention.

“Put her on the cot.”  Mavis did and Briana asked what was the matter.

“She is having a vision,” Mavis explained.