Come the spring, Gerraint gathered the troops without waiting for word from Arthur.  Melwas brought up three hundred from Lyoness, as strong a commitment as that little kingdom ever made.  Gerraint gathered eight hundred in Cornwall, but that really amounted to five hundred with his personal three hundred men that had been with him on many campaigns. When they arrived in Devon, they found five hundred more with Tristam.  That seemed about as large a force as ever came out of Cornwall, and half of it was on horseback, but Gerraint feared it might not be enough.

Gwillim joined them in their march with six hundred men from the ports along the English Channel.  Apparently, the men there knew what a Saxon world would do to business.  The taxes would become impossible and business would all but halt.  They met another five hundred men under Mesalwig of Glastonbury who waited patiently at Bath.

“Enjoying the medicinal waters, I see,” Gerraint teased when he found Mesalwig floundering in the steamy water.

“Absolutely,” Mesalwig responded.  “It’s good for my complexion.”  He patted his jowls and grinned.

“Gerraint!”  Gwillim ran in, yelling.  “You have to come.  Percival has brought word from Arthur.”

“Can’t be that important,” Gerraint said, and waved, as Mesalwig settled back down into the steamy water with a sigh.  He walked out with Gwillim, young Bedivere on his feet, and located Percival at the local inn.

“Gerraint,” Percival waved him over to a table in the back. Gwillim came with him, and Tristam found them there.  Uwaine came in and took Bedivere to the bar to give the older men some privacy. “Arthur has gotten word that the Saxons are preparing to move out of Wessex.  Men gathered there all winter and did not wait until spring like we supposed. He needs you to take up a position at the foot of Mount Badon where the old road over the hills meets the Roman road that goes around the hills.”

“The old road?”  Gerraint did not sound sure.

“You know, the one you traveled when you went home to take up the responsibility of being high chief of Cornwall.”  Percival read Gerraint’s face.  “The one you and Enid traveled,” he added, but Gerraint still was not sure.

“I’ll find it,” Gerraint said.  “If we are delaying the Saxons until Arthur gets here, we will probably move around a bit, anyway.”

Percival said nothing as he fiddled with something in his pouch.  “That’s not all.”  From the way Percival looked, Gerraint knew this would be the important thing.  “I came here over the mountain road, as Arthur instructed, to see if it might be suitable for the army, or part of the army while the main part came down the Roman road.  I stopped in a tavern in a village near the top, one day up from where the road first went its separate way.  There were Saxons there, four of them.  They

were disguised, but their accent could not be disguised.  A druid met them.  They said they had a letter for Meryddin.”

“Let me see it.”  Gerraint put his hand out for the letter before Percival finished his tale.

“The druid attacked me rather than surrender the letter. I had to kill him.”  Percival looked down at the table and looked ashamed, like maybe he murdered someone.  “I hid the body.  I had to.”

Gerraint read quickly.  He did not believe it, so he went back and read more slowly. “Uwaine!”  He shouted, but Uwaine never stood far away.  He left the bar and joined them at the table, and brought Melwas and Bedivere with him.

“Percival is in command,” Gerraint said without preliminaries.  He looked squarely at Percival as he spoke.  “You are not to face the enemy in battle.  You must set traps on the road, fallen logs, covered pits if there is time. I expect, moving so many men, they will use the road and not travel across country.  Set up some quick in and out strikes in the night with your horsemen. You are to slow them, not face them.”

“Bedivere, you stick with Uwaine.  Uwaine, you take my place among my people.  Captain Kernow knows you, and Tristam and Melwas will back you.  Gwillim, you get yours and Mesalwig’s men in line.  Percival is in charge.”

“What about you?” Gwillim asked.

“I need to go over the mountain and bring this to Arthur, and I need to do it in disguise in case there are Saxons on the road.” He looked again at Percival and Uwaine. “I can wear a better disguise than the rest of you.”  Uwaine smiled at his own thoughts.  Percival responded.

“What do you mean?”  Gwillim did not get it.

Gerraint said his lines.  “I have wings to fly that you know nothing of.  Eyes that see further, ears that hear better, and a reach longer than ordinary men.”  Gerraint did not wait.  He mounted his horse and headed up the road, looking for the cut-off road that went up the mountain.

Once he got out of sight, he traded places with Festuscato and considered that this was the first time he had been back in Britain since he left on that ill-fated expedition to the Danish shores. Festuscato called to the armor of the Kairos, because it felt comfortable and Gerraint’s armor frankly felt too big and too easy to identify.  He wore the cape of Athena over all because his bow stayed in the cape’s secret pocket, not that it interfered with the free-flowing nature of an ordinary looking cape.  He left the helmet home in Avalon.  He wasn’t facing an enemy.  He was taking in the scenery.  Besides, if need be, he had Wyrd at his back and Defender across the small of his back, and he knew how to use them.

Festuscato found the road easily enough.  He had a touch of Diana, the huntress in his spirit and he could usually find whatever or whomever he went looking for.  The road wound up the steep side of the hill and his horse began to plod.  When he got high enough, he looked back at the land he covered.  The land flattened out where the roads met, and appeared filled with farms and fields ready to plant.  There were only occasional clumps of trees left on the landscape, and he imagined most of the old lumber they cut from the fields got used to build the village well off to his left, oddly away from the road.  He decided it must have been built along a small river of fresh water. He could see the steeple of the church before anything else.

Festuscato turned his thoughts over in his mind. Along with a touch of the goddess of the hunt, he also bore a touch of Justinia, the blind goddess of justice. Merlin would be a problem.  The letter he carried all but proved he prepared to betray Arthur.  The Saxons promised, in return for Meryddin’s help, that with victory, that they would drive out the church and burn every church building they found.  Maybe Meryddin just hedged his bet so he could survive no matter who won the battle, but it did not look good, and it would not sit well with Arthur and the others.  Some would call for Meryddin’s head.  These were hard times.

The land above flattened out after a while and gave way to more rocky and lumpy farm fields than found down below.  But people carved out what they could, and up here, they seemed more inclined to sheep and cattle than fields of grain.  There were also forests up here, more than the mere clumps of trees down below.

Around sundown, Festuscato came to an upland village. The village appeared to be full of activity, with men and women running every which way.  Wagons were being loaded and clogged the streets.  Horses were being fed and rubbed and readied for some great work ahead.  And men were gathering weapons, bows, swords, knives and spears.  Festuscato did not have to check with Gerraint to know that these people were preparing for war.

He rode to the inn, not expecting to find a room without paying the price, and he thought long about camping outside of town. He feared the locals might take his horse in the night for the war effort.  He got ready to ride on when he saw a familiar face, and he thought he might ask.  Festuscato left that time and Gerraint came back.  He kept the armor where it was, as it adjusted to his shape and size and did feel very comfortable.  He leaned down toward the young woman as he spoke.

The woman stopped and lifted her hand to shade her eyes against the setting sun as she looked up.  “Sir?  What a curious question.  My husband and I faced three giants when we were young, not far from here.  I was just thinking of that very time because I fear for him again in this coming war.”

“The young man survived?”  Gerraint remembered something and tried to grasp for answers.

The woman cocked her head to try and get a better look.  “Yes sir. His arm was broken and he received a terrible blow to the head which caused him to faint.  I thought he was surely dead, but a brave Knight and his Lady came to our rescue.  She restored my love to me while her Knight chased those giants and slew all three of them; but when he returned he came so grievously wounded I thought he must surely die.”

“Then what happened?”  Gerraint loved a good story.

The woman shook her head.  “It is like a dream.  I do not remember clearly.  But I remember the men of Arthur the Pendragon came and brought me and my husband here, to my father’s inn.  They set his arm and gave him tonics so in time he was right again.  But they left soon.”  She shook her head again. “My father may remember better than I.”

Gerraint dismounted.  “Well, I am glad your young man survived.”

The woman’s eyes got big before she lowered her head.  She recognized him right away, now that she could see him clearly.  “My Lord, I did not know it was you.”

“Of course.”  The woman stepped to the door to hold it open.  “But my Lord never told me his name that I may tell my father.” 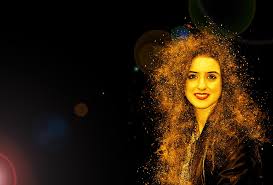 Gerraint felt tempted to use the name Goreu and without any other explanations, he would be a relative stranger.  But in this case, he felt the woman should know, and he hoped the truth might preserve his horse and equipment.  “Arthur and the others call me Sir Gerraint, son of Erbin.”

The woman gasped.  “The Lion of Cornwall,” and she scurried inside without remembering to hold the door.