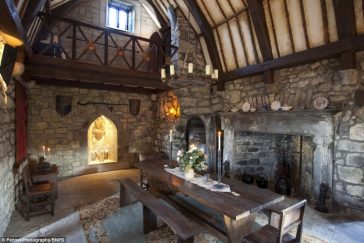 Gerraint said no more.  It was not just the unfair treatment of Ynywl, Guinevak and Enid that bothered him.  Caerdyf should be free of Irish pirates; especially ex-slavers.  “Is there a place I can lie down?” he asked.

Ynywl pointed to his daughter.  “Enid will show you,” he said, and let out a deep breath like a man who got stuck in a tight place with nowhere to turn.

Enid got candles and escorted Gerraint and Uwaine to a fine room with a big double bed.  They had a chair beside the fireplace, and she went about lighting the fire and fluffing the chair cushions as well as they could fluff.  She pulled an extra blanket out of a cedar chest at the foot of the bed and laid it next to the one already on the bed.

“You are going to fight Fenn, aren’t you?” she said, in a frank and forward way.  “You should not.” She turned to Gerraint who looked around at the high but well-worn quality of the room.  It looked much like the rest of the house.  There were no servants to keep things up and maintain the home, though it all appeared very clean and tidy.  He got especially taken with the bits of Roman armor on display over the fireplace.  The chain looked old and rusted, the helmet had a dent, but had been polished along with the breastplate.  A great spear sat in the corner of the room, though it looked more like a forgotten stage prop than a weapon.

Enid placed her hand gently on Gerraint’s chest to get his attention and looked up into his smiling eyes.  “He is a mean and evil fighter who shows no quarter.  You helped me in my time of need.  I would hate to see you get hurt in return.”

Gerraint covered her small hand with his big hand and smiled, deeply.  He wanted to keep her hand close to his heart.  “But tell me, whose armor is this?”  He let go and sat in the chair so as to not be such an imposing sight.

“My great-grandfather,” Enid said.  She had to take a second to remove the smile from her lips.

“The Roman?” Gerraint asked, though he knew the answer.  “Uwaine.” He made his squire get up from the bed where he already lay on his back.  “See if any of it is useable.”

Uwaine got up slowly and looked close while Enid stirred the fire.  “I would not touch the chain,” he said.  “Too much rust, but the breastplate looks in fair shape.  No cracks.  This helmet needs work.”  He took it down, found a loose piece of brick from the fireplace and went to work, hammering out the dent.

“Sir?”  Enid looked up at Gerraint.

“I thought I might wear a bit of it tomorrow, with your permission.  It might remind the people who they are.  They came here to defend this coast, not to hand it over to a bunch of Irish scoundrels. The people might be willing to throw the Irish out, even if Fenn cuts my heart out.”

“Sir,” Enid shifted to sit at his feet and reached up to put her hand gently on his knee.  “I wouldn’t like to see that happen.”  She meant it, and a good bit more.

“I appreciate the affection,” Gerraint said. “But shouldn’t you save that concern for your husband?” 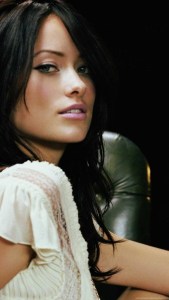 Enid hesitated, but finally withdrew her hand and placed it in her lap.  She looked down while she spoke.  “We have been prisoners here for seven years.  I was a child of fourteen when Megalis decreed that I would never marry unless Father gave him the treasure.  I had suitors.”

“Many, I imagine.”  Gerraint honestly felt stunned by her beauty and imagined he might never tire of such a sight.

“One in particular, but Megalis found out and had him executed.  That happened three years ago.  I turned eighteen.  Now I will be twenty-one in a month and that is getting too old for marriage.  I expect to die an old maid because there is no treasure.”

“I think you are your father’s best treasure,” Gerraint said, and he reached down, took her hand and returned it to his knee. They simply looked eye to eye to judge the measure of what they might be seeing and feeling.  Uwaine stopped banging and stood up.  “Where are you going?” Gerraint asked.

“I have to go outside to work on this,” he said. “I’ll never get it done with you two on about it.  It’s getting too stuffy in here.”  And he left.

Gerraint laughed which caused Enid to laugh and that temporarily broke the serious mood.  “I have every confidence in that boy,” Gerraint said.  “Percival himself taught Uwaine the value of a stone for taking the dents out of helmets.”

Enid looked shocked.  “Sir.  Once again you speak of such a noble man with the ease of familiarity.  I have heard of Sir Percival.  They say he is a great man of faith and learning.”

Gerraint cocked one eyebrow.  He was not sure how much actual learning Percival had done, unless she meant life learning.  “They are great men at the Round Table, each in his own way, I suppose.  But it is hard not to be familiar with such men when you have fought side by side with greatness.”

“Oh, but there is one at Arthur’s Round Table that frightens me, terribly.  I believe he may be a devil sent to test the faith of those other sainted men.” Gerraint nodded and thought of Meryddin. It was not yet well known that Meryddin had disappeared, but Enid had not finished.  “I only hesitate to say because you are from Cornwall yourself, and I mean no offense.”

Enid pulled up close like one afraid to speak too loud.  She raised her other hand to have both on his knee and pressed her full and firm breasts up against his leg, which he imagined she did in pure innocence, but which set his mind racing so he could hardly comprehend her words.

It appears Gerraint is going to fight the Irish pirate in the morning.  In the present, however, things in the room are heating up nicely, and it is getting a bit stuffy.  MONDAY (Tuesday and Wednesday), the story turns to the fort of Caerdyf.