Sometime later, Bishop Dubricius and Percival found Gerraint alone, sitting in the courtyard beside the stone of the sword. They sat on the cold cobblestones beside him.  Dubricius made a small grunt as he got his body down, but then they remained quiet until Gerraint spoke.

Gerraint thought about poor Greta.  He wondered if Darius would turn out to be a cad, like Festuscato.  He wondered how she would make it without Mother Hulda around.  Then he remembered how Nameless stepped in and saved her, too. Somehow, he knew that was not the way it was supposed to work.  He looked at the Bishop.

“I’m sorry,” Gerraint said.  “Nameless says he is sorry.  He no longer belongs here.  The new way has come.  The old way has gone.”  Gerraint let his voice trail off.

“I take it that young man was one of the ancient gods of the Germans,” Dubricius said with surprising ease and not the least bit of prejudice.  Gerraint nodded, and then he began to weep for reasons unknown.  Dubricius hugged him like a mother and said nothing. Percival looked over, with big teary eyes of his own.  It was not a long cry, and after a few good sniffs, Gerraint pulled back and the Bishop let him go.

“Sometimes, all I want to do is die and go to heaven,” Gerraint spoke, in a very flat voice. 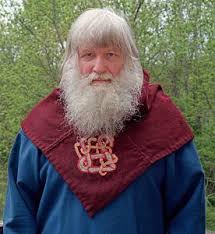 “A good goal,” the Bishop responded.  “But I don’t feel you have to be in a hurry for that to happen.”

“But that’s just it.”  Gerraint felt exasperated.  “It doesn’t happen.  Every time I die, I feel all the pain, and terror, and sadness, but then the Angels won’t take me.  Instead, they stick me in another womb and I get born a baby all over again.”

“Well, I usually call them friends—mysterious friends in the future, but I cannot imagine them being anything other than Angels. I mean, God has to be in charge of this somehow, don’t you think?”

“That he is,” Dubricius affirmed, and paused to think before he asked his question.  “And how many times has this happened?”

“I’m not sure, but the Storyteller has estimated I am a little less than a hundred times.”

“That many?”  The Bishop did not really ask.

“Who is the Storyteller?” Percival interrupted.

“Me,” Gerraint said.  “But he won’t be born for another fifteen hundred and, um, fifty-nine years, Storyteller’s estimate.”

Dubricius and Percival looked at each other before the Bishop blurted out, “The future?”

“But this time, Gerraint is just a regular boy, isn’t he?” 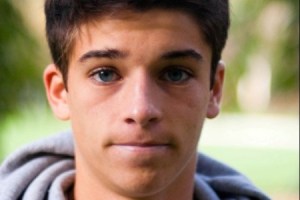 “I would not say that of the Prince of Cornwall and Arthur’s best friend, but what I am getting at is it seems to me that Gerraint needs to live the best he can and maybe not worry so much about yesterday or tomorrow.  Now is a good time to live.”

“That is what everyone keeps telling me,” Gerraint let it out.  “Everyone keeps saying this is my life and I have to decide for myself what to do and how to live, and they can’t keep stepping in and bailing me out every time I get into trouble.  Nameless says I have to fight my own battles, and Diogenes and Greta and the Princess and the Storyteller all say the same.”

“Fight your own battles,” Dubricius smiled. “You know, that is exactly what I told Arthur that one time I got him away from Meryddin.”

Something shuffled back in the shadows.  Percival turned the farthest.  Gerraint stood.  Arthur came slowly out of the dark.  His words were soft, almost repentant.  “Don’t tell Meryddin.”  He looked around once to be sure they were alone.  “I had to get away.  I needed to see you.”  Gerraint started forward but stopped when Arthur put up his hand.

“You have something to tell the young Prince?” the Bishop began things, and Arthur agreed.

“I was wrong.  I was totally wrong and beg forgiveness, and I pledge I will never ever do that to you again, ever.”

“Not even Greta?” Gerraint smiled.  “You said she was cute.”

Arthur returned the smile and the friends went to shake hands, but Percival jumped up between them and threw his arms around Arthur. He stood a head shorter, but the quintessential younger brother.  “I forgive you.”  he said, and finally let out a few of those tears.

For Arthur, Percival’s forgiveness almost felt worse than his scolding, but he took it graciously.  He wanted everything back the way it was, like it never happened, but he already knew that after being named Pendragon, nothing was ever going to be the same.

“So, cousin,” Gerraint said when they finally got to shake the hand of peace.  “What are your plans from here, or should I ask Meryddin?”

Arthur frowned, but he caught the word and asked, “Cousin?”

“I figured it out while I sat here.  Your mother was my great aunt, my grandfather’s much younger sister.”

“Well what do you know?” Arthur mouthed his master Peredur’s favorite expression.  “I have a family.”

“You got me,” Percival said, and gave Arthur another hug.

“And a half-sister,” Gerraint added.  To Percival’s curious look, he named her, “Morgana.”

Arthur put a hand to his head.  “I’m trying not to think of her.”

“She’s a witch.”  Percival spelled it out.

“Now, son,” the Bishop said, as he tried to stand and Arthur and Gerraint helped.  “She is a fine wife and mother who lives with her Lord in a nice estate in the south of Central Wales.  You might visit her.”  Gerraint and Arthur looked at each other and made faces, and Percival looked back and forth between the two.  “In any case,” the Bishop said, as he headed toward the door.  “I will leave you boys alone to ponder the great mysteries of life. I was a boy once myself, you know”

Gerraint and Arthur watched the man go, but at the last minute, the Bishop stopped and turned.  “Have you given any thought to where you might hold court?”

Arthur made another face.  “Meryddin says we need to build a big fort in Salisbury near the great standing stones.  Master Peredur and others argue against that idea, saying the fort would just waste manpower and resources and serve no strategic significance.  They say the big fort beside the town of Cadbury is where Uther held his court.  But Meryddin is persuasive, and he says the nearness to the standing stones will remind the people of our common culture and heritage.”

“No,” Gerraint interjected.  “Those stones were up long before there were any Celts or even Druids in the land.”  The others all stared at him, and Gerraint backed off a bit.  “You’re just going to have to trust me on that one.”  He dared not tell them about Danna.

“All the same, Meryddin sees it as our common heritage,” Arthur looked at his feet.

Bishop Dubricius frowned.  Our common pagan heritage.  He did not say that.  He just thought it real loud.  “Have you considered Caerleon?  It got chosen by the Romans because the place gave quick access to Wales, Britain and Cornwall.  It has a very strong and very large fort, big enough to house a full legion and all the supplies.  I know Uther thought of moving to Caerleon just before he died.”

Gerraint nodded.  “That could work.  It is just across the channel from Cornwall, right in the corner between Wales and the Midlands.  And it has a port right there, which Cadbury and Salisbury do not have.”

They could tell Arthur liked the idea.  “Oh, but how can we convince Meryddin?”

“What convince?” Percival said.  “You are the Pendragon.  Just tell him.”

“Diplomatically, of course,” the Bishop suggested.  “But there is much to be said for telling. You are the decider, like it or not, and like fighting your own battles, which this may be one, it is not fair, and often not wise or for the best, to let others make your decisions for you.” He turned and left, and the trio of conspirators spent the next hour deciding how to break the news to everyone else.

R5 Gerraint: Rebellion.  Sometimes, if it is truly a great thing, one test is not enough…