After a while, Mirowen spoke to Festuscato, softly.

“Diogenes or no Diogenes, you are still too young.  Let Atias and Roan deal with Castinus.”

“I am young,” Festuscato admitted.  “Let them handle it,” he decided, but when he thought of his mother and father, he wanted to take it back.  He wanted to change his mind, but he didn’t.

MIrowen, whom Mister March and the others sometimes called Princess, took over the running of the household in Festuscato’s name.  She brought in some of her own people to fill the gaps left by those who died in the assault.  Of course, she made sure they maintained glamours at all times to appear as human as possible, and while the remaining British servants found them odd, they got along well enough.

Festuscato turned nine the following year and in October received the letter intended for his father.  He got commanded to attend a special meeting of the Senate where Valentinian III and his mother Galla Placidia would be present and introduced to the Vir Illustris as Emperor and Regent.

“But it will be nothing but long winded speeches and boring stuff,” Festuscato complained.  Mirowen made him dress all the same and stay clean all morning.  They rode to the Senate building, guarded by four men dressed as house guards.  Festuscato did not ask what kind of men they were.  To be honest, he did not want to know.

When they arrived at the Curia, the long-winded speeches had already begun.  The great bronze doors opened, and as they walked in, Festuscato hoped he could find a comfortable place at the back where he could take a snooze.  No such luck. The man on the floor paused while a man at the back announced him.

“Bring him here,” a woman at the front insisted, and Festuscato got ushered to where he stood in plain sight of everyone present.  “I heard about your father,” the woman said.  “I was not aware he had a son, but I am pleased you are here. And you have brought a companion, I see.”

“My governess,” Festuscato said, as Mirowen touched him and he offered a slight bow. Mirowen curtsied and spoke.

“I am Mirowen, daughter of Macreedy, King of the Long March hard on Wales and the Isle of Man in Britannia, and I am pleased to present Festuscato Cassius Agitus, son of Lucius Agitus, a fervent supporter of yourself and your son.  After Lord Lucius was so cruelly murdered, under the direction of Lord Festuscato, we did our best to continue to support you with whatever small contribution we could make.”  She stood demurely, eyes down, but Festuscato saw Galla Placidia raise her eyebrows.  The contributions had not been so small.

“We are grateful for your support, young Agitus, and you may count yourself in our favor. Come and sit yourself beside my son so we may have the two young men together.  And let your governess sit beside you, there.”  The woman pointed.  It was down one step, but an unparalleled honor.  Festuscato felt obligated to say something and hoped he did not say too much.

“You are gracious to your humble servant,” Festuscato offered another slight bow. “I am honored also to be in the company of so many illustrious men.  I will endeavor to keep my eyes and ears open for the impartation of wisdom, though at my age it will not be easy, isn’t that right?”  He looked straight at Valentinian who nodded vigorously before he looked at his mother.  Galla Placidia frowned on top of her smile as Festuscato and Mirowen took their seats, and Mirowen pinched Festuscato.  He knew better than to yelp, but the Regent saw and nodded, satisfied.

“Gentlemen. We will dispense with further acclamations and words of support for the moment out of deference to the young.  I will gladly receive your written words on behalf of my son, but presently we have business to which we must attend.” A man came to the Regent’s side and handed her some papers.  The next hour got taken up extolling the virtues and military prowess of one Flavius Aetius.  The man came in, flanked by two of the strangest looking men Festuscato had ever seen. They were Huns, but Festuscato did not know that at the time.

Aetius got honored and commissioned to be Magister Militum per Gallius; essentially, commander in chief of the Roman army in Gaul.  Festuscato had no idea who the governor of the province might be.  He never got mentioned.  But such were the times that only the military mattered, and specifically one who could defend the border.  Aetius would have to work well with plenty of German Fedoratti, some of whom did not like each other, and the border pressure would not stop.  Just fifteen years earlier Rome had been burned by the Visigoths, and that was not something anyone wanted to see repeated.

Festuscato tried really hard to keep his eyes open so Mirowen would stop pinching him. Valentinian noticed, and he stayed awake primarily by watching Festuscato droop his head and get pinched. Valentinian winced, but grinned every time it happened.  Finally Aetius with papers in hand, brought forth another man, one dressed in the robes of the church.

“Bishop Guithelm, Archbishop of Londinium, newly appointed.”  Aetius introduced the man, and they waited while the man came forward.

“Regent,” the cleric bowed his head and turned.  “Emperor,” he bowed again, and it all came with too much formality for Festuscato, who stuck his elbows on his knees to prop his chin up with his hands. “Lord Agitus.”  The man shouted and hurried over to hug the boy. Festuscato felt surprised for a second before he recognized the man.  He knew the man as the cleric from the house whose life he presumably saved. The Bishop told the whole story right there in front of everyone, and Festuscato turned as red from embarrassment as Mirowen’s ears turned when she got angry.

Aetius came to collect the Bishop, but took a long look at Festuscato.  “Come and see me when you are older,” he whispered.  “I can always use a good man.”

“Well, young Agitus,” Galla Placidia also looked again at Festuscato, but it seemed hard to read the expression on her face.  “And how old, in fact are you?”

“I’m seven,” Valentinian blurted out, but amended that with a look from his mother. “Nearly seven.”

“Quite the accomplished young man,” Galla Placidia’s words sounded a bit cold. “Perhaps we can call upon your wisdom to decide what to do about our other business.”  She waved a hand and a man got brought forward in what Festuscato could only call a fifth century straight jacket.  The guards who dragged him to the front let him drop to his knees and he cried out, unintelligible sounds of torment and tears. 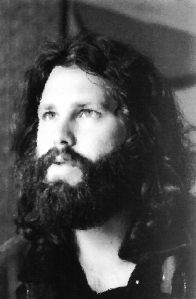 “Castinus.” Galla Placidia still had her eyes on Festuscato.  “He ordered the murder of your parents among others.  What do you say we should do with him?”

Festuscato felt horrified to look at the man whose mind had been utterly broken by madness. Surely, the furies themselves could not have done a more thorough job.  Festuscato looked once at Mirowen, but she would not look at him.  The Huns with Aetius appeared to be grinning beneath their hands.  Aetius looked curious at what the young man might say.  The Bishop appeared willing to wait.  Valentinian had his mouth open, staring.

“Put him out of his misery,” Festuscato fairly shouted, and looked at the Regent, tears in his own eyes.  “When a horse breaks a leg, you do not force it to suffer.  Why should we show less compassion on a man whose mind is clearly broken beyond repair?”  The Bishop nodded, satisfied with the verdict.  Aetius looked again, like this might have been an angle he had not considered. The Huns stopped grinning and nodded. Galla Placidia said nothing.  She waved her hand and the prisoner got escorted out of the Curia.

“General Aetius.” The Regent sought to change the subject. “You will provide safe escort for the Bishop.”

Aetius, the politician, responded.  “I so pledge to bring him safely to the channel in the far north.  However, after that, he will be on his own.  We have no presence in the free province of Britannia, nor can anyone guarantee his safety.”

“That will be more than gracious,” the Bishop said.  “And no one is on his own when Christ walks beside him.”

“Of course,” Aetius let out a small smile and gave a slight bow.

After that, it took a couple more hours of blither and blather, while Festuscato went back to fighting sleep.

When it was all over, Festuscato got invited to supper with Galla Placidia and Valentinian. It felt like more formalities, but the Regent appeared to want to talk with Mirowen, and that let Festuscato 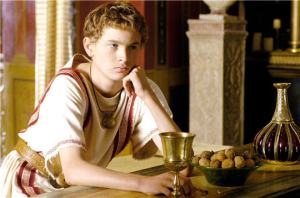 breathe. He tried to be good, but Valentinian seemed taken with him so he could not exactly escape.  He did not have anything against the boy, but Valentinian was not so bright, or maybe he lived so sheltered a life it became impossible to tell if he was bright or not.  Then, there was three years of difference, which probably would not mean much when they were thirty or thirty-three, but it felt like a big gap at six and nine.

Mirowen and their four guards found a place in town for the night.  Festuscato practically went to sleep before he hit the bed.  In the morning, they moved quietly out of town, Festuscato and Mirowen side by side and the four that Festuscato started calling the Four Horsemen of the Apocalypse right behind.

“What on earth did you talk about with that woman?” Festuscato asked.

“About children, mostly.  She seemed impressed that you were learning your letters and both Greek and Brythonic.”

“Buggers,” Festuscato adjusted his thinking.  He decided having an elf for a governess had no advantages.  “Did she say anything nice about me?”

“She said you seemed too wild and rebellious for her son.  A bad influence, and maybe dangerous besides.”

“Well.  I’m glad she liked me.”  Festuscato closed his mouth.

Next Monday:  Festuscato, The Cad in Ravena    Until then, Happy Reading