Six men and a boy stayed to watch the ship, besides Argus and Althea, of course.  Jason led the majority of the crew into the wilderness to hunt and gather.  Heracles stayed behind with Peleus, Telamon, Nestor, Laertes, and Asclepius stayed in case someone came back hurt.  Iolaus also stayed to annoy everyone.

The ship anchored in very shallow water, where the men could practically walk to shore.  They needed to find a stream or river to sail up for fresh water, but meanwhile, they rested in a little sheltered bay that appeared perfectly safe for them to hunt and gather.  The Doliones kindly pointed out that over Bear Mountain, the game was plentiful, because the Doliones had plenty and thus never hunted over the mountain.

It sounded so reasonable.

Jason and some others were for leaving only the cook and Argus to watch the ship, but Althea got suspicious, and made such a stink, the crew finally decided to leave a contingent—just in case.  Althea spent the morning apologizing.

Althea screwed up her face and said, “I’ll hold you to that someday.”

Peleus, his brother Telamon, Laertes and Nestor were the old men, being in their mid-twenties.  They all went with Meleager when he killed the Calydonian Boar.  Now, they sat around a cleared area of the rocky beach and played with some dice.  Heracles and Asclepius sat with Althea and talked about their years, training under the master centaur.  Argus sat a small distance away, and mostly complained about Iolaus throwing rocks into the sea and complaining about being bored to death.

“I see you brought your bow ashore,” Heracles pointed.

Althea nodded.  “I thought I could practice,” she said, and handed it to Heracles so he could string it.  She had a couple of straight points she could shoot at trees and retrieve, and a couple of hunting points, just in case.

“I don’t know,” Asclepius said.  “You always seemed to hit the target, at least better than I did.”

“That’s because you weren’t made for fighting,” Althea said.  “Your delicate hands were made for healing.  Chiron saw that right away.  Even before he knew who your father was.”

“And what was I made for?” Heracles asked.  He handed her bow back, smiled, and patted his big hand on her head. 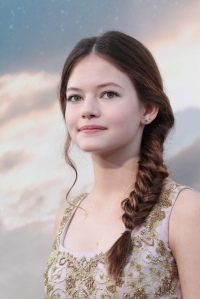 “You were made for doing great deeds, and learning how to control your temper and not beat people up,” Althea said.  Asclepius laughed and nudged his companion.  Heracles did not find that especially funny.

“And what about you?”

Althea sighed.  “I was made to someday have babies.”  She did not look thrilled by that idea.  “I don’t mind babies, and I suppose that will take all the skill and strength I can muster; but I have to admit, I kind of like this adventuring business.  I would not mind living on the road, at sea, facing challenges, doing deeds worth remembering.”

“What deeds?” Iolaus heard and yelled.  “There is nothing for us to do, and I am bored.”

Althea scoffed, drew her arrow so the fletching tickled her cheek and the nock rested by her ear, and she let go. They watched the arrow stick into a tree, and then saw a twelve-foot monster stand up beside the tree.  It looked roughly human shaped in the trunk and head, and it stood on legs, that may have been more like hind legs.  It had six arms on its trunk, so overall, it gave off the appearance of a giant spider, a look that got enhanced by the dozen others that stood up from their eight legs to their hind legs.

The creatures carried spears that looked like small trees with great stone points.  They had rocks in other hands for throwing.  Heracles moved swiftly, even as the four playing dice jumped up and grabbed their shields and javelins.

“Asclepius and Iolaus, take Argus back to the ship and defend the ship at all costs.”  Heracles ordered.  Althea got a hunting arrow on the string before Heracles picked her up.  “And take Althea with you.”

“Hey!” Althea protested, and called out to the armor of the Kairos. It came, but not to Althea.  She went away and the Princess came into her place.  Heracles had her lifted off the ground with one arm, and she could not help the remark.  “Hello handsome.” 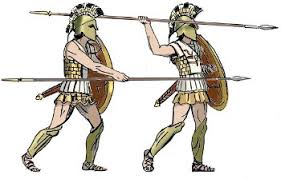 Heracles dropped her and ignored her as she threw Althea’s bow and arrows to Iolaus.  She turned as Heracles picked up his javelin and shield.  Then he acknowledged her.  “Princess.”  They had met before.

She pulled her own Apollo-made compound bow out from her hidden pocket, and brought several of Hephaestus’ best arrows with it.  They watched as the six-arm monsters stood there in uncertainty, until one heaved a spear in their direction.  It missed the four men who were quick enough to get out of the way.  Nestor was the one who responded.  His javelin pushed right through the middle of the giant.  The giant lost his insides as he collapsed.

“Get ready,” The Princess and Heracles yelled together.  They knew, as soon as these giants processed what happened to their comrade, they would be on them and hopping mad.  The charge came, but somewhere in the distance, Althea heard the sound of guns and thunder.

Decker hurried back to the group.  “Arm up,” he yelled.  A spear just missed Katie’s horse on the outside of the group, and stuck in the ground.

Alexis and Boston pulled their wands, and then Boston also thought to pull her bow and some arrows from her personal slip.  Lincoln pulled his handgun while Lockhart reached for his shotgun.  Katie, a marine, never went far from her rifle.

“I don’t even have a spear,” Sukki complained.

“You will be fine,” Elder Stow told her, calmly. “Just stay by my side.”

Sukki nodded, and patted the knife Artie once carried, that she now had on a belt at her side.  It reassured her to know she had such a fine instrument available, if necessary.

The group got ready to move forward when they came, a dozen multi-armed giants sporting tree-trunk sized spears.  The giants charged.

“Fire,” Lockhart yelled, but it was moot.  Katie and Decker had already opened fire.  Lockhart let loose with slugs from the shotgun when the giants got close enough.  Alexis raised the wind that blew all sorts of debris in the giant faces and eyes.  Boston fired several arrows that exploded when they struck.  The giants did not even throw another spear in their direction after the first.

Instead, they turned and ran, possibly frightened by the noise.  In less then a minute, six dead giants lay on the ground, and no living giants were to be seen.

Boston heard someone call her name.  It sounded like the Princess.  She looked in that direction first, before she quickly checked her amulet.  “The Karios,” she shouted.  “Come on”

Boston rode fast.  She wove through the trees like the expert rider she was.  The others did their best to keep up.