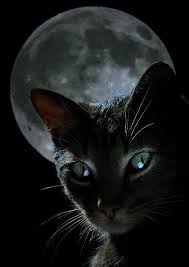 Kiya grabbed Sutek and marched him a small distance from the camp.  “You knew that Mihos is the lion god?”

Sutek nodded meekly.  “He is the son of Bastet, the god in the temple of his mother.  I have been sweating trying to figure out how I was going to tell you.  Believe it or not, he is a good person and a good friend…”

“And?” Kiya prompted and saw Sutek’s mind race, while she raced a little herself.  This was a switch.  She usually had to worry about how she could possibly explain her strange life without causing her love to run away screaming.  She paused.  Did she just say love?

“And he took me to Hathor who showed me your image and asked if I would be interested in getting to know you.  You’ll forgive me if I say Hathor is the most beautiful woman in all the world.”

“Well, I was surprised.  I didn’t think the gods ever asked mortals anything.  Mihos said he was trying to do things differently in the west.  I was not sure what he was talking about.”

“In the west, his name is Mathonwy, and maybe someday the lion of England.  He was my brother once.  Go on.”

Sutek paused before he shocked Kiya.  “You mean when you were one of those other people in the past?”  Kiya dropped her jaw, and Sutek continued.  “They showed me about that and said you were a very complicated person and thought they better ask before I got all tangled up in something more than I could handle.”  Kiya could only nod.  “I’m glad I said yes.”  He smiled for her.

Kiya pulled her thoughts together.  “So you know about the gods, and about the fact that I have lived a number of times in the past.  Do you know I have future lives that I can sometimes remember?”

He nodded.  “And I know your job in all this is to keep history on track.  They were very clear about that.”

Kiya had to think.  “And what about the little ones?” she asked.

“Hathor said you were like a goddess, not like a real goddess over people and life, but a goddess for the little spirits of the earth who would otherwise have no one to watch over them.  I’m not sure I understood that part well.”

Kiya looked down and realized she was still holding Sutek’s hand.  He would understand that part well enough in time, if he was willing.  He knew the basics.  The rest would just be details.  She looked up again and into his eyes.

“So what do you propose to do now?” she asked.  She saw his face scrunch up as his brain worked overtime.  She feared he might explode any minute.  Finally, he settled.

“Will you marry me?”

Talk about whirlwind.  She let go of his hand.  “I can’t answer that,” she said.  “You haven’t even kissed me yet.”

“Easily remedied,” he said, and he reached out, held her, and kissed her in the night on this Geb, under Nut’s sky.

Sekhmet turned Katie, Lockhart and Artie to look, and made sure they could see the couple kissing.  “There,” Sekhmet said.  “See how easy it is?”

That night, Kiya went into the house to get some things to help clean up.  She noticed the house was a shambles.  Everything looked broken and tossed everywhere.  Kiya sighed and went out to the camp.  Mutemwiya looked tired after all the excitement, and Nephthys said she would help her get to bed.  Kiya shook her head without speaking, but Nephthys smiled.

“I am sure everything will be straightened and back in place by the time two old ladies can get there.”

Kiya shrugged.  She borrowed a tent, either from Alexis or Boston, whichever one they weren’t using, and she tried to make it something fun for Neferure.  Nefer was game, and tried to get excited, but she honestly felt too tired and went straight to sleep.  Kiya worried briefly about Mutemwiya being in the house.  She imagined with poltergeist about, it was better to be around others.  Then again, she decided her worry was silly if Nephthys stayed there with her.

She looked at Sutek, drinking with the boys.  There were some things Sutek did not need to know, at least not right away.  Mihos and Sekhmet, two of the lions of Egypt ought to be enough for one

day.  Nana Bestet stopped outside the tent door and stared at her.  Kiya broke.

“I’m not keeping secrets from him.  I’ll tell him.  Just not all at once.”  She made her snooty face at the cat.  “I don’t exactly see you volunteering information about yourself.”  Baestet put her tail straight up and went in the tent with Nefer.  Kiya heard the purr.

Kiya did most of the clean-up.  Katie and Artie helped, and Alexis.  Boston more-or-less pretended to help.  The men were useless, as expected.  Katie spoke to the point.  “The men are not lazy.  They just don’t care if there is a mess.  It is our problem.  We see a mess and a little bell goes off in our head and says, “must clean.”  In our day, some women are learning to not care about messes, and when women make a mess, you know we don’t do anything half-way.  I’m not sure that is a good thing, or the direction the human race wants to take.”  Katie shrugged

When they were more or less done, Kiya stepped over to the men.  She bent down and kissed Sutek on the lips, and went to bed.  It was nothing special or that big a deal, but it was the thought that counted.  That small act spoke volumes.

The next morning, Kiya woke up feeling good about the world and everything.  She thought sleeping on a thickened fairy weave blanket, with another thinned blanket on top of her was a treat she would probably never have again in her whole life.  She did not want to get up, but she noticed Neferure had gotten up and gone from the tent, so she sighed and got to her feet.

Kiya stuck her head out of the tent with a word on her lips.  “What is that noise?”  She noticed the sun was up, but just barely.  Still, she slept in, late.  That felt good.

“Seriously,” she looked around to ask what the noise was, and only then noticed no one sat around the campfire.  She looked to the road.  The travelers covered both sides of the road.  they were armed, but they were not firing their weapons.  The noise came from well down the street.  Kiya ran out, and got caught by Sutek.  He had a spear in his hand, but kept back to defend Neferure. 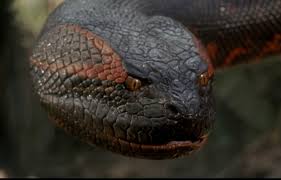 Once she saw Nefer was all right, she looked down the street and saw the most enormous serpent she had ever seen.

“The biggest this side of Ourboros,” she said.  “Just smaller than the Midgard Serpent.”  There were men in chariots with bows and spears, but they did not appear to be having much effect on the snake.  The horses kept trying to balk and run away.  The men had to get down and fight on foot, but they had to do that while averting their eyes.  They could not seem to look into the snake’s hypnotic eyes.

Kiya broke free of Sutek’s grasp and immediately traded places through time with Phoenix, Priestess of the Aton Ra in ancient times.  She carried within her the fires of the sun, a powerful weapon, but she became Phoenix because she needed special help.  She called.

Somehow, she knew the Benu would hear her, no matter where she was in the world.  How long it might take the bird to fly from Heliopolis to Bubastis was another question.

“Snakes,” Decker said.  Rifles and handguns went off, including Lockhart’s big shotgun.  There were cobras, asps and vipers all over the road in front of the big serpent, and they went out ahead of the serpent, until they started to be chopped up by bullets.  Alexis blew many serpents back with the force of her wind.  Boston set several on fire with her wand turned flamethrower.  Phoenix hardly moved.  She stared at the battle, until she felt a snake at her feet.

Phoenix instantly traded places with the Princess, who whipped out her sword and long kniife, and cut one after another.  Even as the giant snake down the road broke through the Egyptian line, the Princess noticed the snakes started to back up, like they wanted to get under the protection of the giant.

“Hold your fire,” the Princess shouted, and changed back to Kiya.  She kept the armor in place, just for the feeling of some protection.  She let the sword and knife put themselves away.  The sword especially shook itself clean before it flew to its scabbard, no doubt an impressive sight for any onlookers; but Kiya could not worry about that.  She stepped forward and named her opponent.

“Apophis.”  The giant serpent came close before it stopped, a thousand smaller snakes writhing under its shadow.