The travelers camped in the back yard, on the recently harvested field.  Kiya, with Mutemwiya’s blessing, offered them everything she had.  Curiously, no matter what the travelers ate in the way of fruit, grains and vegetables, her stores did not decrease.  In fact, even the meat she got that day in the market, not only refused to become less, but miraculously stayed as fresh as if just butchered.  Kiya decided it might be best not to question things too closely.

As the sun began to set on that first day, Iset, Pylhia, and Beket grumbled, because they had to go home to their husbands and children.  Nephthys stayed with her friend, but that was not unusual.  Nephthys stayed at the house more often than not, and Kiya did not mind because it gave Mutemwiya some company her own age.  To be honest, Nephthys became almost like a second grandmother for Neferure.  Mihos and Sutek thought they might stay for supper and, “for a while,” Mihos said.  “Just to be sure everyone is all right after the ghost incident.” 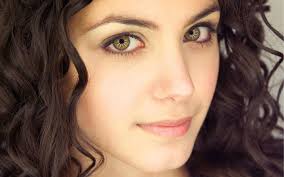 Kiya glanced at Sutek, who sat between Lincoln and Lockhart and seemed to have no end of questions.  She looked at Mihos and whispered.  “You and Hathor are really pushing it.”

“And we are not the only ones,” Mihos nodded.

Nefer sat with Boston and Alexis, Nana Bestet always near.  Somehow, Nefer knew they were elves, and she had a million questions of her own.  Alexis did not mind.  It actually let her judge how well Boston learned her lessons.

Kiya thought to sit down next to Katie, but she found herself sitting between Lockhart and Sutek.  Sutek smiled as she sat, and Kiya smiled in return, but she tried hard not to smile.  She could not help it.  Mihos sat with the boys on the end, where both Decker and Lincoln confessed that the beer was the best they had sipped in a long time.  Elder Stow, of course, did not drink.  He could not hold his liquor and always woke with a terrible hangover.

“I understand your friends are from the future,” Sutek said right away.  “They have fascinating stories of strange people living far from the two lands.  But they say they cannot tell me what tomorrow may bring…” Kiya took his hand and he immediately closed his mouth to stare at her.

“I can tell a story that even Lincoln does not have in the database.  It concerns the first days. before the days of history, and it concerns the gods, who were the titans who first came to earth at the time of the fall.”  People settled in to hear.  Katie and Lockhart held hands, and Katie slipped her free arm around Artie, to include her in the family.  Nefer left off asking her questions, and Boston and Alexis toyed with the meat that still smoked over the fire, but stayed quiet.  Mihos sat with Nephthys and Mutemwiya, the old ladies having the only chairs in the gathering.  Lincoln put away his database, and even Decker and Elder Stow quieted, curious.  Sutek just smiled.  He liked a good story.

“Before the first days, Shu, the air, and his wife Tefnut, the dew, met in the morning and fell in love.  They had two offspring, which were Nut the sky and Geb the earth.  Nut, the beauty of a million-billion stars in the night, was taken to be consort to the Aton Ra, the king of the gods, the 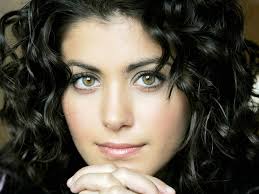 overseer of all things, including the Re, the sun, who he made rise every morning and set every evening.  But in the night, Nut looked down on Geb and fell in love.  Likewise, Geb came to love the vision of beauty he saw every night…’

Kiya shifted in her seat to be closer to Sutek, and he reciprocated by slipping his arm around her shoulder.  It may have been love at first sight, but Hathor was not one to argue with.  Kiya continued.

“I know your stars stretch from east to west and from north to south, so I have made this home with four doors, east, west, north and south, for you.”  She was very pleased.

“When the night was done on that first evening, Nut came down to her home thinking of children, but when she arrived, Geb said he had to go.  “If the Re does not see my face, he will tell the king,” he said, and he added, “See?  I am going out the north door.”  And he left.

All day, Nut waited for Geb to return.  When she heard Geb moving outside, she ran to the north door and waited quietly, thinking of children.  But Geb came into the home and announced.  “See?  I returned home through the south door.”  And Nut was sad, because she had to go into the night sky.

On the second day, when Nut went home, thinking of children, Geb said he had to go.  “If the Re does not see my face, he will tell the king,” he said, and he added, “See?  I am going out the east door.”  And he left. 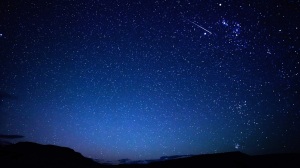 All day, Nut waited for Geb to return.  When she heard Geb moving outside, she ran to the east door and waited quietly, thinking of children.  But Geb came into the home and announced.  “See?  I returned home through the west door.”  And Nut was sad, because she had to go into the night sky.

On the third day, when Nut went home, thinking of children, Geb said he had to go.  “If the Re does not see my face, he will tell the king,” he said, and he added, “See?  I am going out the south door.”  And he left.

All day, Nut waited for Geb to return.  But when she heard Geb moving outside, she decided not to take any chances.  She tore herself into four parts and place them at the four doors.  That way, whichever door Geb came in, he would find a piece of her, waiting quietly, thinking of children.

Geb knew if Nut was not in the night sky, the king would find out.  So he gathered the four pieces, and with needle and thread he carefully and lovingly sewed her back together.  Then they had children.  And the four children they named, Set, Nephthys, Osiris and Isis, and that is the story of the birth of the gods.”

The travelers stole glances at Nephthys.  They knew who she was, and remembered her from the day Boston got married.  Boston even got up and hugged the old woman, but Nephthys simply said, “What a lovely story,” and Mutemwiya agreed.

“I never heard that one,” Sutek admitted.  “And I have heard most of the stories of the gods—being a priest in the temple, as you can imagine.”

Kiya understood.  That story had been told to her, or rather, it was told to Phoenix in ancient days, back when she became the first priestess of the temple in Heliopolis, the first sun temple of the Aton Re.  It got told to her by Toth while they developed the hieroglyphs and debated the true meaning of the words.

Something wailed, down by the river.  The travelers tensed up.  They heard the same sound before they came into Memphis.  It sounded twice as chilling in the dark.  People got prompted to look in every direction, but saw nothing. The wail came again.  It sounded closer.  Nefer crawled up into Mutemwiya’s lap, and the old woman hushed her, and held her, while Nephthys put one hand on the back of Nefer’s head and brushed her hair, gently.

The shutters on the house rattled.  The wail sounded suddenly like it came from every direction.  The wind rose, and the fire exploded with life, like someone poured gasoline on the flames.  People backed up and shouted their surprise.  The tents of the travelers rattled, but they did not blow down, like they were protected in some way from whatever this was.  The slats of wood on the expansion of the brick house began to buckle.

Something roared, and it came deep and reverberated around the camp.  It appeared to be a lion.

The pots Kiya had brought outside all shattered, and their contents exploded out in every direction.  Katie and Artie became soaked with water.  Decker and Lincoln got pelted with onions and leeks.

“Look out,” Alexis yelled, her wand in her hand.  One of the wall boards broke loose and just missed several heads as it blew toward the river.  The rest of the house caught fire from some source, but a second roar saw a lioness run up and shake her head.  Water droplets came from the lioness’ head, and the fire went out before it could do any real damage.  Then a third roar came, and another lioness came bounding into the camp.

Decker almost raised his rifle, but Lincoln stayed his hand.

With the three lions present, the wind and the fire died down.  The wail came from the distance, and then a moment of silence followed.  One lioness vanished around the house, and no one noticed when Nana Bestet returned from that same place.  They were too busy watching the other lioness become Sekhmet and run to hug her adopted family.  The big lion with the bushy mane also disappeared when Mihos returned, and Kiya saw that Sutek noticed.  And he not only noticed, he did not look surprised.