“Impressive looking ships,” Lockhart noted, considering their size.  He pulled up when the whole group came to a stop.  A man showed himself.  He had waited for them, and insisted they follow.  Balor had apparently abandoned his camp on the edge of the Anazi perimeter.  He moved to some rocks on the side of a small hill, where he could still watch the Anazi, but the Anazi would have a hard time getting at them.  The Anazi and their androids had no personal screens to repel arrows and spears.  That was a technology beyond them.  The Hyksos had learned what parts of the androids were most vulnerable, and the Anazi lords were unwilling to risk their dwindling number of androids.

“It is still a standoff,” Balor said, when Lockhart joined them.  He opened his arms to give Boston a hug.  He hugged Artie as well before he introduced the woman with him by simply giving her

Katie’s eyes got big, looking at the woman.

“Katie,” Anath said her name, to acknowledge her.

“I’m not dead yet,” Katie insisted.

“Good for you,” Anath said.  “You are one of my elect, but somehow, you don’t belong to me.”  Anath smiled.  “And if you don’t mind, I am portraying a local woman who knows the area and wants revenge for the destruction of my village.”

“What are you…oh.” Boston lowered her eyes to the goddess.

“Little Fire,” Anath named Boston.  “You are no longer mine, either.”  Anath sighed.  “Maybe your friend Artie would have me.  I have seen the poor departed, crushed souls of the androids, as Balor calls them.  They are people without hope and have been made small.  Smaller than smidgens.”

“I do not understand,” Ed admitted.  He said that a lot since they left the camp that morning.

Katie explained.  “Anath-Rama is the Amazon goddess of the dead.  She has made a lovely place, I am sure, for the brave women who die in battle, and a not so lovely place for the cowards.”

“The cruel, unkind and others,” Anath agreed.  “And some of it is not lovely at all.” 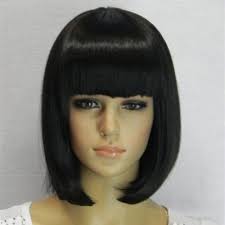 “But what about my people?” Artie asked.  “Would you take my people?  We would honor you above all.  My people need a place to continue after death.  Please.”  Artie got down on her knees, but held her tongue.

Anath’s lips frowned, but a smile came to her eyes.  “If they die on another world, they will be subject to the spirits and gods of that world.  The flesh and blood Anazi are claimed by another who is light years from here.  Death for the Anazi can be a long journey.  But I suppose I can watch over any of your android people who die on this world.  Understand, those who die in captivity will remain small forever.  They will never know freedom for what is set in life is set in death, but they will not be unhappy.  One thing about being bound by another, they cannot rightly be held accountable or punished for their actions.”

Artie did not understand.  She looked up at Katie to explain.

“Oh, would you?”  Artie looked at the goddess with such a look, the goddess could hardly respond with anything other than a kiss to Artie’s cheek.

“I do not understand,” Edward said, with some force in his voice.  “When you die, you are dead.  That is it.  How can something survive death?  It makes no sense.”

“You would not be the first to be surprised.  And thanks…” Anath spoke to Katie.  “Now I will have some males to worry over.”

“I believe in you,” Katie responded with a grin.

“I may ask for some help with this,” Anath admitted.

“Maybe we can make a shrine for you right here,” Boston suggested.

“What are you women on about?” Balor said over his shoulder.

“The action is all over here,” Lockhart said, as he took back the binoculars from Hebron.

Ed stepped over to stand beside Lockhart.  “I do not understand any of this,” he said.

“Life is a strange bird,” Balor said.  “Every time you think you know where it is at, it flies to a different branch.”

“Is there a way we can send word back to Lincoln and Decker so they can come straight to the hill, here?” Lockhart asked.

“Already taken care of,” Balor answered.  “I sent three smidgens to them with word and to guide them, and to watch for the transport ship that left here about two hours ago.”

“We saw the transport,” Lockhart said.

“It fired on us,” Hebron added.  It was the first chance they had to say that.

“Lockhart,” Katie got his attention and pointed at her wristwatch.

“I keep forgetting about these,” Lockhart said.  He turned his on and spoke into the watch.  “Lincoln, are you there?”  He waited.  “Lincoln, can you hear me?”

“Yes.  It took a second to remember where your voice was coming from, over.”

Lockhart looked at Katie and she answered his unspoken question.  “That means he is less than twenty miles off.

“Lincoln.  Follow the smidgens, if they have gotten there.  When you reach the point where you can see the Anazi ships, look to your left. You will see a rocky hillside.  Balor has moved the Hyksos camp to the rocks.  Head for the hill.  Over.”

“Will do.  The smidgens are already here, but it is good to know.  Over.”

“Tell Elder Stow to keep his scanner handy in case he needs to put up screens.  We won’t be able to offer any cover fire.  Over.”

“Be there as quick as we can.”

Balor nodded, but changed the subject.  “Nothing we can do until Elder Stow arrives.  What say we see what is on the supper menu?  We have a small cave here with a fire out front.  The dwarfs are expanding it, but that is going to take a while.  Meanwhile, Boston…” he got her attention.  “Your people are down that way.”  He pointed, and then began to climb up the hill.  Everyone except Boston followed, while Balor explained that he could not have halted the advance group with a hundred and twenty Hyksos alone.  “Good as we are at making war.”

Boston stood and stared in the direction Balor pointed.  She knew where the light elves were as soon as he mentioned it.  She wanted very much to go there, but she felt afraid.  She still felt too human.  She had only become an elf such a short time ago.  She married Roland, but then Roland got taken from her.  She still had Father Mingus then to teach her all about her magic and all about being an elf.  But then Father Mingus got taken from her as well.  It was not fair.  She felt like an elf, no doubt thought like an elf.  She wanted to be an elf.  She did not want to go back to being human.  But she could not just enter into an elf camp.  She felt too shy.  She still felt human in too many ways.  She cried as she turned to follow the others up the hill.