Jill shook her head.  She was not sure.  Her left arm, part of her abdomen on the left side was missing.  The bleeding had more or less stopped, but there was not much hope.  “I can’t regenerate so much from scratch fast enough.”  She tried to lift her good hand and she smiled at him as he knelt beside her.  Ethan caught the hand and pulled it to his cheek, and kissed her hand through his tears.  “We all have to die sometime,” she said.

Ethan tried to get hold of himself.  “But I can’t lose you.  We just found each other.  Please, don’t leave me.”  He pleaded and did not care how it sounded. 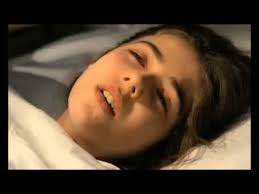 “You’ll find someone, someday,” Jill responded.  “I did.  And when you do, you must love her with all your heart.  I will not be happy if you love her less for my sake.”

Jill tried to nod as her smile grew.  “And I will marry you.  Kiss me.”

Ethan leaned over and put his lips to hers.  She hardly had the strength to kiss, but he gave her his personal chit and she gave hers to him.  “Once more,” she whispered, and he kissed her again, and she passed him her work chit, which had integrated all of Lela’s unfinished work.

“I was so lonely,” Jill said.  “For centuries.”  Her voice could barely be heard, but her smile would not quit.  “Now I am so happy.”  That was the last thing she said as she passed into unconsciousness.

“So I rushed over and grabbed Dominic’s key as fast as I could.  He didn’t exactly hide it.  I scooped up Jillian and got her in stasis.  She is still alive, technically, but I don’t know if I was fast enough.”  He paused to take several deep breaths before he continued.  “Then I went back for everything and everyone else from the Company floor so the Elders wouldn’t come along and get mad.  Then I encoded Dominic’s battleship to my pattern and put Dominic in the morgue.  You know, this ship is almost a little city.  It has everything.”

Ethan paused for one more deep breath and he looked away before he finished his thoughts.  “Well, I didn’t know if it was safe to go to Jill’s world—to go home, even if I figured it was the only place where she might be saved.  I did not know what else to do.  Since I got the contact information that you passed to Jill when you hugged her at the house, I thought I might find you.”

Diana looked up at him with the saddest green eyes.  They were eyes, which Ethan knew, usually overflowed with life.  “I’m glad you did,” she said.  “I don’t know if it is too late either.  She is safe for the moment as long as we keep her in stasis, but the heads back home will be the only ones who may know how to save her, if she can be saved.”

Ethan sighed.  “Dominic’s spare key is where it belongs, but I scrambled the key frequency for the ship in case someone like Archon made a copy.”

“You are not supposed to do that, you know.  The army keeps a copy of every key.”

“I know, but I also did a search for tracers in case Dominic’s father had a trace on his son’s activities.  I didn’t find anything, but I am not sure an internal check would catch anything,”

“It’s alright,” Diana said, and she did smile a little, like she could not help it.  “I scanned the ship before I pulled into docking bay one.  I didn’t find any tracers either.”  Ethan’s look prompted her to explain.  “I’m sneaky, and I don’t trust everyone or believe the best of them like my sister.  She gave too many people the benefit of the doubt.”

Ethan understood.  “Doctor Augustus, you don’t mind that we have parked on this side of the Hudson?”

“Not at all,” Doctor Augustus said.  “It gives me something to look at besides the ruins of New Rome.  That was really beginning to be an eye sore.  Besides, from what you tell me, this is not the normal sort of world to park Gaian ships.  The only way anyone would find your ship in my world would be by complete accident.”

“I think I will,” Diana said suddenly, and everyone looked at her and wondered what she was talking about.  “I think I will leave my ship in dock one and travel the worlds from there.  That way, if I run into trouble I can always call on my big brother and his big battleship to help me out.”

Ethan looked at the Doctor.  “She is four hundred years old but I’m the big brother.”  They laughed a little, even if Ethan did not feel like laughing.

“Coffee sir?”  Manomar came in with a tray, and there were cookies.  It had been a struggle, but Ethan finally got Manomar to stop calling him master.  Getting him to stop being a servant, though, was going to take a bit more effort.

“Only if you join us,” Ethan insisted.

“Hot coffee with a little cream,” Manomar said.  “It really is quite good.”  He took a seat.

They sipped in silence for a minute before Ethan spoke again.  “So now what do we do?” he asked.

“We take Jillian and Dominic home,” Diana said.  “Archon will not dare interfere with the meds if there is any chance of saving her.  He won’t be happy to learn that she killed their only son, and he might want her dead, but I don’t think he will be able to do anything.”

“But will it really be safe?”  Ethan asked.   “Jill said Archon was never good at playing by the rules.”

Diana shrugged put down her cup and changed the subject.  “I know where the rebels are operating underground, now that Jillian’s house is closed up; but you might reopen the house.  That would be pretty cheeky, but it is your right, and it might give Archon something else to focus on for a little while.”

“Still.  It would be good for you to meet the planners and coordination team and I know they will be happy to meet you”

Ethan was not going to argue.  He could not hold on to Jill forever in cold storage.  Besides, he had her inside now, in her personal chit.  That was Jill in every meaningful way, and that would never be taken from him.

“But now, about my world.”  Ethan changed the subject. 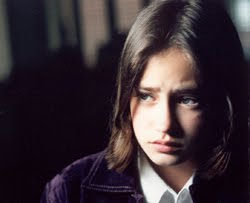 “You have to establish a guardian for my world,” Ethan said.  “I’m too close to the situation to make an objective choice.”

“Hmm.”  Ethan looked at his new sister, presumably his new little sister.  He fully expected Diana and Melanie to start teaming up against him.  It was inevitable, but he thought that maybe he could locate Devon somewhere and even the odds a little.  Ethan imagined Devon had all sorts of information on Diana, and Viviane, too.  “Viviane.”  He said the name aloud as the thought just occurred to him.  “She will have to be told, especially if Jillian is, you know.”

Diana actually grinned, a sly, mischievous grin.  “Poor Archon will have his hands full if Viviane is the eldest.”

“I’m sorry?”  Doctor Augustus was trying to follow the conversation, but he did not know Viviane. 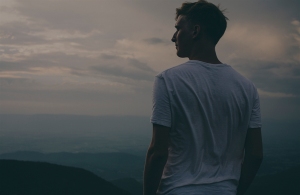 “And, well.  As Jill’s husband, Ethan is technically the eldest, but you can be sure Viviane will give it a good run, him being from the worlds and all,” Diana said.

Ethan wanted to argue.  He did not want it confirmed that Jillian was dead.  He wanted to put it off and keep his hopes alive, but if he had argued, Diana would not have argued back like a normal person; she would have just given him that “he has a hole in his head” look, so he kept his thoughts to himself.

“I am looking forward to seeing what I can of the Gaian home world.”  Doctor Augustus said as he moved to a nearby view screen.

“Hurry up.”  Diana nudged Ethan to activity and mumbled a last thought, “And Melanie will make a great Guardian Angel.”

Prepare for the retelling of AVALON, The Pilot Episode, in the newly revised and expanded second edition (version 0.4).  It will be posted, three posts per week over a seven week period.  Hopefully, you will enjoy the expanded version, and find it less jarring then the previous telling.

The pilot episode originally followed the prequel, Invasion of Memories, a book worth reading, but to be fair, the pilot jumped right into a bunch of characters–names and all that sort of thing, without the proper build-up.  Sorry about that.

As a writer, I try to make things as perfectly clear as I can.  Even so, the questions and comments I get sometimes makes me think I am speaking Greek.  For example, three posts per week means a post on Monday, a post on Tuesday, and a post on Wednesday.  A person should not expect to read only the Monday posts and keep up with what is going on……………..sigh.

On the other hand, I like to think reading (like watching) one full episode is enough to understand something about the characters, what motivates them, and how the story-line basically works–a journey through time, where people lost in time travel from one time gate to the next, slowly working their way back to the twenty-first century.  It isn’t all that complicated.

After, I say again, after the revised and expanded pilot episode posts on this blog, two things will happen.  One, the pilot on Amazon, Smashwords, B & N, Apple, Sony, Kobo, etc., will be reduced to Free: that is, Zero dollars and Zero cents.  I would appreciate you picking it up on a legitimate site, rather than a pirate site, so I can keep track of numbers.  (That’s my OCD talking. Don’t mind me).

Second, Avalon, Season 5 will begin posting on this blog.  That’s okay.  You are allowed to start with season five if you have not read any of the earlier seasons.  One episode is enough to follow along, remember?  Enjoy.