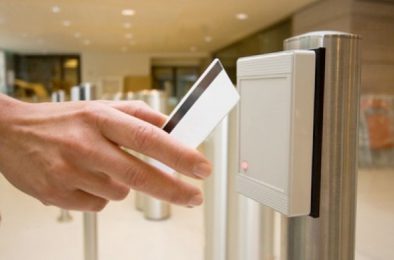 “The explosion was within two hours of our leaving.  Whoever did it must have had a plant in the room, like Diana’s plant in the house.  Obviously, they noticed when we escaped out into the worlds,” Jill explained.

“And after that they followed, and the gunfire started,” Ethan said to remind her of the attacks in Ali Pasha’s and Alexander’s worlds.

“And at the house,” Jill added.

“But is the tracer still there?”  Ethan asked.  “Will they know we have come back here?”

“I don’t know,” Jill said as she backed up for a second and pulled two stick pens out of her pocket.  They were energy weapons, and Ethan knew how to use them the minute he saw them.  “I pulled these out in case we needed them against those soldiers that I thought might come to the house.”

“Good of you to share,” Ethan said.  He took one and looked at it closely.

“I didn’t want to worry you in case my fears turned out to be groundless.”

“But these are empty.  There is no charge in them.”

“What?”  Jill took back his and then examined her own.  “Damn!”  She swore.  “It must have happened back in the house.  Whoever blew up Lela’s ship must have seen them on my person and drained them from a distance.”

“They can do that?”  Ethan asked, and he immediately knew that someone could do it with the right adjustment on the projection device.

Jill looked up at him and might have smiled if she was not so upset about the loss of Doctor Grimly.  “They still have their back charge,” she said.  “All you need to do is tap the end against something hard and a single charge will load, so make it a good shot.”

“They were developed for travelers as a precaution against sticky fingered locals or a world with a technology that might try to drain them like they have been drained.”

“Tap and shoot.  Lars might have called it a seven shooter, only the expected six bullets have already been spent.”

Ethan nodded and put his in his pocket.  He took Jill by the arm again and went back to the elevator.  “The best thing for us to do is leave this world altogether, just to be safe.”

“Absolutely,” Jill agreed, and they tried not to think about having left an injured Manomar with the equipment down in the room where the tracer would be located.  They hurried, but tried not to panic.

They got as far as the hallway that opened on to the reception area outside the research and development doors before Jill halted their progress with a sharp tug on Ethan’s arm.  Someone stood lazily outside the R & D doors, waiting for them.

“Hold it right there.”  They heard the voice behind them.  Randy was there with Tahsa, Big Mary, several others, and a security guard, and the guard had his gun out.

“Down!”  Jill dragged Ethan to the ground.  The man by the research and development doors pulled out a pen-weapon of his own, but his was fully charged and a baby blue light went over their heads.  The security guard vanished, and they heard the killer speak as they scooted behind the reception desk.

“I hate the police.”  The killer stepped out from the doors but kept his weapon pointed in their direction.  He maintained about ten feet between them, and seemed to want to talk first.  “Out of there,” he said, and Ethan could not help looking.  He recognized the man.  He was not surprised to see that it was Dominic.

Jill stood up beside him as Ethan pulled his own weapon and pointed it at their assailant.  He thought the man might not know, but that thought got dashed when the man laughed.  “Not much good an empty pen is going to do you,” Dominic said.

“What are you doing here?”  Jill stepped out from the desk and spoke boldly.  “Does your father know you are here?”

Dominic laughed.  “No way, mom.  Dad wants you dead.  He tried three times, but your Elder buddies kicked his butt.  Now I had another idea.”

“How did you change my destination code?”  Suddenly, everything in Jill’s mind made sense.

“Easy,” he said.  “I had your spare key.  It told me what dead world your ship was hidden on and everything.”  He laughed.  “Boom.”  He indicated what happened to her ship. 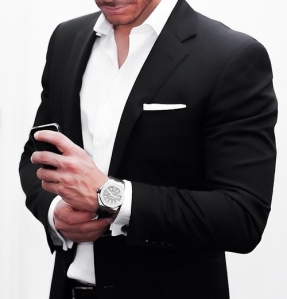 “Dominic!”  Jill scolded him with her voice as surely as Ethan’s mom had scolded Melanie when she kicked the table.

“Hey!”  Dominic spoke defensively.  “Dad wanted you dead.  I was being nice stranding you on a world, junky though it was.  I even checked on you from time to time.”

“But then you started tinkering with that Grimly guy and it looked like you might eventually find your way out of the trap, so I found your buddy Lela and fed her to the Nelkorian while I made a copy of her spare key.  I figured you would come and find out what happened to her, and if you survived the Nelkorian, you would take her ship.  With my key copy, I followed you everywhere.”

“Including to the house in Lyoness.”  Ethan said in a more normal voice.

“So who is the jerk?”  Dominic did not appreciate the interruption.  “Your latest squeeze?  Mom, you’re a slut.”

“Real husband?  What?  As opposed to my father?  You are nothing but a whore.  I think dad was right.”  He fired.  Jill shoved Ethan and twisted, but the blue bolt disintegrated her left arm and a long scrape off the left side of her body.  It was a wonder that she did not die instantly.

“And now for the jerk.”  Dominic said.  “Ow!”  He yelled.  He had a long knife in his shoulder.  He turned and Ethan saw Manomar collapse in the research and development doorway.  He turned again toward Ethan, his face distorted in anger as he reached up to pull the knife out of his 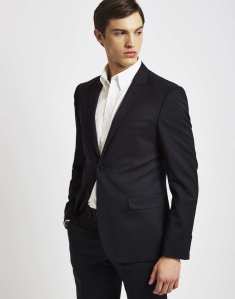 shoulder.  Ethan did not hesitate.  He tapped his pen against the reception desk and fired where he thought to do the most good.  Dominic’s forearm vanished, and the hand holding his pen-weapon fell to the rug.  Dominic howled, but calmed after a moment, and he held Manomar’s long knife in his good hand.  He grinned at Ethan.

“Didn’t mom teach you anything?  I can heal these wounds, and in a couple of days I’ll have my arm back, good as new.”  He brandished the knife in Ethan’s direction to keep him away while he bent down to get the weapon out of his own decapitated hand.  He kept his eyes up and on Ethan, and he only looked at Jill when he heard a “click.”  She had her pen weapon in her remaining hand and it was pointed right at Dominic’s head.  It was a good thing the man was leaning over, because Jill could not lift her arm any further.

“Mom?”  Dominic mouthed the word before his head vanished.  His body fell to the rug.