After less than ten minutes, Jill came back to fetch the others, but even in that short time, Ethan, Lars, Manomar and Ali Pasha began to grow nervous.  They heard noises in the house, guard type noises, and the guards seemed to be wondering what happened.  Ethan guessed that the Nelkorian controlled everyone in the house, including the governor, that is, if he did not take on the illusion and play the part of the governor directly, and now everyone in the house was probably dead like the man by the door.  All the same, the quiet could not last forever.  Ethan doubted the Nelkorian wasted the energy controlling the dozens of guards, and thus the living guards were beginning to rouse and wonder if something was going on that they should know about.

Ethan was already feeling better, but Manomar helped him walk.  Lars, with his six-shooter reloaded, kept watch on the rear door while they all headed toward the garage that held the ship.  Up close, it looked even more like a mere glowing white slab no thicker than Ethan’s thumb.

“How will we all fit in that little space?”  Ali Pasha wondered.

“Transdimensionally engineered, I bet,” Ethan said, in reference to his memory of that old television show.  Jill smiled at him and helped him through the doorway.  They stepped into a spacious control room.  “That means it is bigger on the inside than it is on the outside,” he told the scholar.

“Actually, the ship is in another dimension altogether, resting and stable on a dead world.  There is a back door I could show you, but there is not much to see.  The front door is the point of contact in Peter Alexander’s world, and it can be minimized to the size of a single complex molecule and still maintain a presence in the world.  The standard technique is to minimize it to the size of somewhere between a quarter and a dime for travel.  That is, a small coin.”  She showed the size with her hand.  “Of course, you won’t feel any movement when we travel because we won’t actually be moving; only the point of contact will be shifted from one place to another.  That point can be shifted to anywhere in the world almost instantly.”  She turned and spoke to Ethan.  “It can be shifted to almost anywhere in the galaxy, but that takes a little more time.” 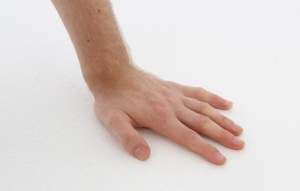 Jill took Ethan by the hand and brought him to the Main.  There were places there for a left hand and a right hand.  “We are set to encode,” she said.  “I have taken Lela’s duplicate chit and reset the controls.  Can you put your left hand here?”  She asked with a sound of such concern for him, it made Ethan pause.  He wondered how much mileage he could get out of his injuries, but he complied and set his left hand in place, and he leaned a little, not that he did not need to lean.  When her right hand was on the other palm spot, the system activated.  “We are linked now with the ship,” she concluded and removed her hand.

Ethan stumbled over to a chair, sat, and watched while Lars and Manomar stood like guards by the door.  Alexander and deMartin, having been inside for a bit longer than the others, found seats by a screen which showed in a virtual three-dimensional way what was happening outside, and Ali Pasha walked around the room and tried hard not to touch anything.

The guards were finding bodies.  They burst into the room the ship’s crew had just vacated and one pointed to the glowing door in the garage outside the window as if something was happening.  “The door is nickel size.”  Jill announced, though they could still see all around the ship as if the ship was actually present in that world and had outside cameras pointed in every direction.  “Time to go.  We have an appointment in Elizabethtown.”

“Hold on!”  Ali Pasha shouted.  He remembered his ride in the automobile in that world.  Everyone attempted to grab on to something, but Jill spoke even before the shuffling finished.

“Too late.  We are already there.”  The view screen flashed briefly, like one might change pictures in a digital camera, and then it showed a perfect view of the inside of the Inn in Elizabethtown.  Captain deMarcos was there, fiddling with some papers.

“Wait,” Ethan said before Jill could enlarge the plain, white door.  “Give it something more in line with the décor.”  He was still thinking about the police box.  Jill smiled and appeared to think for a minute.  Then she touched a few places on the Main and made a gothic door looking of solid oak with scrolls all up and down and around the frame, and carvings of gargoyle type faces on the front.  It grew slowly from nothing to stand near the wall.  The door stood upright, but with no visible means of support.

“I would normally blend the door into the wall,” Jill admitted.  “But I like this effect.”

“Allow me.”  DeMartin grinned wickedly and got into the spirit of the play.  Poor deMarcos stood up, dropped his jaw and bulged his eyes.  The innkeeper came up beside him along with a couple of soldiers who did not know whether to draw their weapons or run.  Jillian cracked the door.

“Captain deMarcos,” deMartin roared, and found that Jill had put a touch of echo in the voice.  “Is that report finished yet?”

DeMarcos went to his knees and threw his hands over his face.  The soldiers looked frozen in place, but the innkeeper had no trouble running away as fast as possible.

“Oh.”  Ali Pasha stepped up to the front and shoved the colonel back a step.  “You are most unkind.”  He pretended offence though he appeared to laugh a little.  He forced the door.  “It is only us.  We won’t hurt you.”  He stepped out.

“Not much anyway.”  DeMartin was right on his heels.  “Get up deMarcos.  We have guests.”

“Sir?”  DeMarcos did his best to pull himself together, and the soldiers straightened up on sight of the Colonel, though they fell apart again on seeing everyone pile out of a doorway to nowhere.

Ethan got a key to the ship.  “Though you can think it to you and open it with a chit since it is tuned to you as it is to me.”  Jill explained as she pointed her key at the door, and the door pushed to the wall, shrank, and ended up looking like a framed picture of a gothic door hung some four feet up the wall.