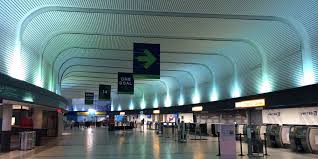 Emily’s Mom and Dad picked her up at the airport and had a passenger that was not her younger brother Tyler.  “Sweetheart,” Mom yelled and embarrassed her with all the hugging and kissing. “Your room is all clean and waiting for your return.  I decided your friend could sleep in the spare bed in your room rather than in David’s room since David might come home, you know.”  David was in the National Guard and had been deployed overseas twice in the last thirteen months.  There was talk his unit might come home for Christmas, but as far as Emily could tell it was only talk.

“Cassandra.  Cassandra Riverbend,” Mom said and whispered, “I feel terrible about her having nowhere to go during the holidays, what with her mother being away and all.”

“Riverbend,” Emily repeated the name and turned her head to see a beautiful girl in jeans, a plain top and a purple winter cape which was altogether too formal and out of place.  She had black hair down to her belt.  As she returned the look, she pushed her hair behind human looking ears, and straightened her glasses, which Emily thought was an odd touch.

Emily carried her bag to the bench where her dad and Riverbend were waiting.  She hugged her dad and then turned to the girl with the word, “Riverbend,” and gave the girl a hug while she whispered in the girl’s ear, “What is this all about?”

“Later,” Riverbend whispered back as she straightened her glasses again, much like Maria might have done.  Emily picked up her bag and they walked to the car, Mom and Dad out front, but Emily decided she could not wait until later.

“Captain Riverbend?”  Emily wanted to be sure.

Riverbend nodded and got a big elf grin.  “You like my disguise?  I thought of the glasses myself.” 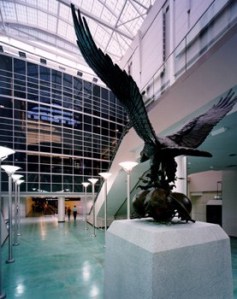 “Lovely,” Emily could not help returning the smile, knowing she was walking beside a real live elf, and one who seemed friendly enough.

“I thought of Clark Kent, but that would be a boy’s name.”

“An ancient name for my goddess, the one you call Zoe.”

“To help, if I can.  Sir Roland told all about the bogy in August, and the attempts on your life over Thanksgiving.  Lady Alice, the one you call Zoe said you should be watched while you are home.  I volunteered.”  Riverbend got that elf grin again.

“Like you volunteered to come storming into the gym that afternoon.”

“Yes, Emily.  Can I call you Emily or do you prefer your majesty?”

“Better make it Emily,” Emily said.  “In fact when we get home you better tell me exactly how much time you have spent on earth among people.”

“Oh, almost none,” Riverbend happily admitted.  Emily was afraid that was true.  She decided she might end up spending more time watching out for Riverbend than the other way around.  They walked in silence for a minute until Emily could see the car up ahead.  “You know we will be going to church, probably several times.”

Riverbend stiffened a little.  “I am prepared for that.” 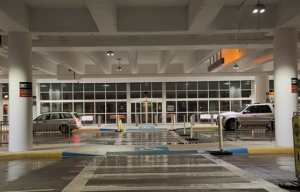 “Girls?”  Mom tossed the word over her shoulder when they reached the car.  “What are you girls discussing.”

“Going to church,” Emily volunteered, and thought to add, “Riverbend is not a Christian, you know.”

“Oh?”  Emily’s mom looked at the girl as if trying to discern what she was.

“Taoist,” Riverbend offered.  “I was raised in China, but I am familiar with the Christians and Christian teaching.  I won’t mind going to church.”

“How interesting,” Emily’s mom said as she got in the front and Riverbend got in the back.  Emily put her suitcase in the trunk which her dad slammed shut, and then they got in as well.  Emily looked at Riverbend again.  She was not worried about her claiming to be a Taoist.  She knew someone else might try to convert the poor heathen, but Mom was a true Presbyterian.  She was only thinking about the feather in her cap for bringing a Taoist to church and would not dream of trying to change her.  Mom lived for words like multi-culturalism and diversity.  She believed anything else would be intolerant.

Emily just stared at the elf until Rivebend became uncomfortable and hid beneath her hair.  When they got to the house, Emily got to ask another question before they went inside.

“One hundred and seventy-seven,” Riverbend answered.  “That should make me appear twenty-four or so in human terms, but I have always looked young for my age.  I could be nineteen if you like.”

Emily frowned.  The girl offered to lie with such frank ease, Emily knew she would have to be extra careful with this one.