Ashish parked in the lot next to the donut shop and got out whistling Santa Clause is Coming to Town.  He liked the colored lights that edged the shop.  He stopped when he heard a deep guttural growl.  Something was hidden in the dark of the lot.

A young girl ran up, but stopped on seeing the detective.  Ashish imagined a young teen out wandering the neighborhood, and he became concerned about whatever produced that growl, but when he looked closely and revised his thought.  He had to ask.

“Do you work for Santa?”  The pointed ears on the cute thing were unmistakable.

“I wish,” the girl said and the growl came again.  “Over here,” the girl yelled, and so many young people with pointed ears raced up and ran so fast, Ashish blinked and tears came to his eyes from the wind produced by their speed in passing.

Something dark and foreboding stood up between two parked cars.  It looked big and ready to run, but one of the youngsters got a rope around it.  Ashish heard a whine in place of the growl.  They got two more ropes around the neck of the beast, whatever it was.  It strained at the ropes, but people were yelling about holding it steady and not letting it go.  Suddenly, a great flash of light made Ashish blink, and they all disappeared.

Ashish rubbed his eyes, and found the first young woman with the ears beside him.  She curtsied, an exceptionally graceful thing considering she was in slacks, and she spoke.

“Merry Christmas, Detective Mousad.”  She stepped back around the donut shop corner.  When Ashish followed, he found that she had vanished.

“Merry Christmas,” he said, regardless, and he went back to whistling Santa Clause is Coming to Town while he stepped inside the shop.

Sara helped the girls pack for the Christmas holidays.  The spider was dead.  Maynard was put out of action and the poor students she experimented on were safely locked up for the present in the old hospital psych ward, while people worked on a more permanent solution.  Curiously, President Batiste made no complaint about Emily handling the Maynard situation without calling campus security first.

“The only thing unresolved is Lisa and her night creatures,” Maria pointed out.

“I wish I could stay here to help,” Emily said.

“I could maybe track them,” Jessica offered.

“If I focused, I might see them,” Amina said.

“Hush.”  Sara talked to them all.  “There has been no sign of them in a week, and you resolved all of your tasks and fought through your finals.  You deserve some rest.”

“But we didn’t resolve anything!”  Mindy shouted and everyone paused.  Mindy was not normally one to raise her voice in frustration.  She was seriously a genteel and petite southern belle who only squealed when she got happy or excited.  In this case, though, she yelled as she stuffed way too much into her carry-on bag.   “We have found no apples.  We have found no door.  And whatever big mystery Zoe wants us to solve remains unsolved.  We don’t even have an inkling of what the mystery might be about!”

“Rest.”  Sara responded.  “Especially you living down in that cave day and night.”  She pointed at Mindy.

“Besides,” Melissa whispered.  “I thought you didn’t like the cold.”  The New Jersey weather had turned to freezing in December.  A little moisture and they might have some snow.  Mindy nodded, but said nothing.  South Carolina weather was much nicer that time of year.

Emily also said nothing, but she was thinking.

“You should listen to the priestess,” Heinrich spoke up from the door.  “I will help the good detective with her night creatures.  You all need to rest.”  He stood there with one finger laid against his nose.  He had also let his beard grow and was looking once again like the proverbial Santa Clause.  Emily stepped over and kissed the man’s cheek.  The others followed and all gave him hugs as he continued to speak.  “Your tribe all made it safely to the airport, but for Greta who got picked up by her parents.”  Emily had just found out that Greta was Moravian and lived in Pennsylvania.  She thought a Moravian was odd for one considering the military, but what did she know?  “Natasha is safely on her way to Detroit, Diane is probably on the runway right now headed back to Kansas and Hilde is flying off to Syracuse.  Just a puddle-jump flight.”

“I know,” Melissa said.  “She does not live that far from me in Vermont.  We talked about meeting somewhere over the holiday and maybe going skiing.”

“Very good.”  Heinrich rubbed his hands together.  “The airport caravan will be leaving in twenty minutes.”  He looked at Sara who nodded.  Twenty minutes was enough time.

Emily looked again at the note she found in her mail box from Bernie the campus cop.  It said one word.  She handed it to Mindy with a condition. 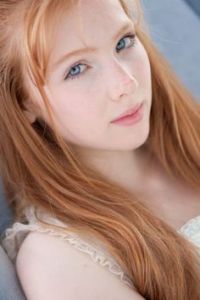 “Promise you won’t open this and read it until you are on the plane.”  Mindy reached for it but Emily snatched it back.  “Promise.”

Mindy looked like she was still angry about something, but settled herself.  “Yes, majesty.  I promise.”  Mindy stuffed the paper in her purse.

Later that afternoon, when Mindy was safely on her way back to her warmer clime, she pulled the paper out and read the word, “Ambrosia.”  Her eyes got big and she gasped her response.