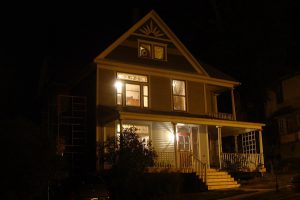 “Josh is scared and I don’t blame him,” Lisa said as she looked up from her paperwork.  “First Emily and Sara see something, and I see something.  Then the girls fight off a small army.  Now, people are being eaten right in my neighborhood.”  Ashish said nothing.  He just sipped on his coffee, so she continued.  “I know they call me the spooky lady.  I deal with all the spooky stuff, but this is beyond the pale.” 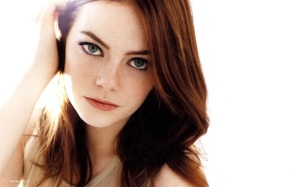 “Last year, when the Pentagon ran that super soldier contest.  I mean, even the zombies were scientific, more like Frankenstein monsters.  Even the witch was human, the professor’s daughter.  It was plenty spooky, but mostly rational—explainable up to a point.  But this year, we are being overrun with orcs and trolls, ogres and elves.  Apples are missing from Avalon, wherever that might be.  A door needs closing and a mystery needs to be solved, and the girls have not got a clue.  Oh, and an ancient goddess has come back from the dead.”

“I thought the gods were immortal.”

Lisa grunted before she added, “And people are being eaten right in my neighborhood.”

Officer Rob Parker waited by the door as Lisa and Ashish walked up.  “It isn’t pretty,” he said, before he looked up at the noon sun and wrote something in his little notebook.  There were already police everywhere, and Julie Tam was scooping up bits and pieces of bone to slip into plastic bags.  Pictures were already taken, but there was little noise as everyone’s moved through 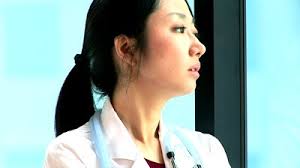 the crime scene.  Every word was in whispers.  There was blood everywhere—on the couch, the rug, the walls and all over the fireplace.

“They were eaten,” Julie confirmed.

“Third one since Thanksgiving.  And all less than a block from your house.”  Ashish looked at Lisa.  She looked ready to cry.

“I knew Helen Monteri.  She had nice kids.”  Lisa pulled out her phone and stepped back outside into the light.  An hour later she phoned home.  “Josh?  You know the trip we talked about taking to Florida?  Well pack yourself and the kids.  I got you all booked on a flight before sundown.  No.  You need to go and I don’t want to argue about it.  No.  The Monteri family got eaten.  Yes, eaten.”

Lisa glanced over by the curb where a strong light came on to eliminate the shadows.  It was the news reporter, Courtney Chase.  Millsaps had her and was giving an official police statement.  Lisa trusted Millsaps’ discretion, but meanwhile she thought it wise to back into the shadows of the closest tree and keep her voice down. 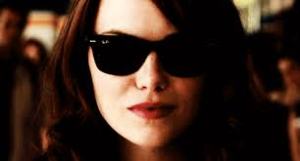 Another hour later, Lisa put her phone away.  Ashish was right there.

Lisa shook her head.  “I think someone wants my attention and is taunting me.”

Again Lisa shook her head.  “In my gut.  My senses are flared.”

Ashish quieted.  He knew what that meant.  Lisa was never wrong about such things.