Ulrik, Channa and the travelers all sat around the fire built in the Ishtar gate.  The travelers set up their own tents and Alexis passed out several thousand bread crackers, many of which she herself turned into loaves of bread.

“And we never run out,” Boston explained to Channa, while Alexis reached into her bag for another handful.

“Yes, but multiplicity magic works best when you are not looking at it,” Alexis said.  That was why she never pulled her package of crackers out of the dark bag.

Meanwhile, Channa had something else in mind.  She reached up and touched Boston’s ears.  “They really are pointed.”

Boston checked to make sure her glamour of humanity had not slipped before she spoke.  “That he loves you is certain, and you must love him as well or else you would never be able to see through my glamour.  My Lady,” Boston said it and tipped her head, and it felt so good to say it, she wanted to say it again.

“The stew is good,” Alexis interrupted as she sat to join the women.  It was mostly roots, grasses, and things that crawled under foot, things that you would rather not think about, but it had a nice spicy flavor and was filling.

“Shh,” Katie said.  She wanted to hear what Ulrik was saying.

“Marduk and Assur separated centuries ago, and over something so trivial, I cannot imagine anyone even remembers, except one of my lives, if I dig for the information,” Ulrik said.  “Assur went north and Marduk moved south, and Marduk won the first round when Sargon conquered Assyria, which isn’t yet called Assyria, by the way.  Now Assur is planning his counter attack.”

“You mean all those years, centuries we studied and the struggles for control of Mesopotamia and the near east was really no more than two gods, two brothers, twins having an argument?” Mingus was astonished to think that.

“Not entirely, but that was a big part of it,” Ulrik said.

“Ditto,” Lockhart agreed, and turned to the women.  “Katie, would you like to come with me to check on the horses?” 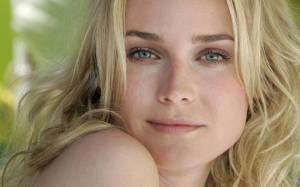 Katie looked at the other women.  They told the men they were talking wedding with Channa, and did talk wedding a little, but mostly they were keeping Alexis company and keeping Mingus away.  The women all nodded to say it was fine with them, and Channa got a big smile as she recognized the signs of love, being so filled with it at the moment.  Katie got up and went to walk beside Lockhart, and Decker had a comment

“Aphrodite said they were still cooking.”

“They look pretty well cooked to me,” Ulrik said.

“They are in love,” Channa voiced her observation.

“Yes, but after being touched by Ishtar, I’m surprised you don’t see love everywhere and in everything,” Alexis said.

Lockhart took Katie’s hand as soon as they got out of the firelight, but he also had something to say.  “I have thought a lot about this.  I worry about you, but I understand you are gifted in ways.  You are not exactly helpless.  If I am going to be your boss, that complicates things.  Sometimes I have to make decisions, and you just need to go with it.  You can tell me when you think I am wrong.  I respect your opinion.  The thing is, I probably go overboard trying to keep you from situations where you might get hurt.  I don’t want you to feel you can’t show initiative.  I’ll try to be better about it.  We all need to go with our strengths if we expect to get home safe and all.  But you are military trained, you know, chain of command and all that.  Sometimes you need to do the part you are assigned, that’s all…”  He stopped speaking.

Katie hugged him.  “That took a lot.  I understand.  Ever since I found out I was an elect, super strong, super fast, and all that, I have kind of gotten carried away.  I sort of felt like I had super powers, in a way.  Intoxicating.  But I know I need to calm down.  I need to use my gifts, not abuse

them and stretch them to the limit.  I want to do my best and what I am capable of, but pushing myself too hard is a good way to get myself killed, I know that…”

Katie’s voice trailed off as Lockhart kissed her.  After a time of silence, they turned together and stepped toward the horses that were given a space where they could both graze and be guarded.  In fact, Lockhart and Katie took only two steps before they heard a voice in the dark.

“Halt who goes there—“

“Friend of foe,” the dwarf finished and added an “Ouch.”

“I heard what she said.”

“We are supposed to ask.”

“I can see the horses are in good hands,” Lockhart said as they stepped back into the light of the fire.

“Do you think Father Mingus will ever come down from there?” Boston asked.

“I hope he doesn’t try to sleep up there,” Channa said in all seriousness.

“The way he is rounding out, he will probably roll right off in the middle of the night,” Alexis said.

“Weebles wobble but they don’t fall down,” Alexis said, and at least Lincoln caught the old reference and laughed.

The travelers set out in the morning, the Gutians having moved off in the night.  Boston estimated that they had two days to travel to get to the next gate.  They went slowly, surrounded by twenty dwarfs that Ulrik insisted they take, “To help guard them,” he said, but everyone knew he wanted them out of his hair for a while.

Decker and Elder Stow rode at the back, behind Boston and Mingus. They did not say much, but at one point after lunch, Elder Stow asked a question.

“What is wrong with all of you primitives?”

Decker looked to the sky.  “Where can I begin?”

“No.  Actually, we are both stuck in the human world for now.”

“What do you mean?” Elder Stow asked.  “You are human, just like the rest of them.”

“Believe me,” Decker said.  “If I had a choice, this is not the world I would have picked.”

Elder Stow looked thoughtful.  “I suppose Mingus and young Boston are not human either.”

“I suppose,” Decker said, and they rode in silence for a little bit before Decker spoke again.  “You were not there at the beginning.  We had a choice, to skirt around the edge of the time zones as fast as we could to get home or help the Kairos clean out some of the zones where unsavories had found their way in.  I remember the word, unsavories.”

“You made the wrong choice,” Elder Stow suggested.

“I remember I said my job was to follow orders.  It still is.  My mission is to get everyone home alive, if I can.  But I think a secondary mission is to help in whatever way I can with whatever unnecessary events these bureaucrats get us involved in, war, spirits, aliens.  As long as we don’t stick around, like spend the next ten years fighting off Gutians, I will do what I can to help.”

“Duty.  Honor.  Loyalty.  These are things I believe in, and I know you do too.”

Elder Stow nodded, but he said no more.