Latasha sat at the kitchen table until late.  The moon and stars were out in a cloudless sky, but Latasha saw none of it.  She was playing with her phone and still trying to make sense of life.  All of the lights in the house were out but the kitchen light, and she was tired but not sleepy.  She chalked it up to having gotten so much rest in the hospital, but the truth was she always had a kind of nervous energy which did not suit well when it came time for bed.

Latasha was about to get up and give it a try when there was a loud crack at the door.  She stood and the crack came again.  She grabbed the big kitchen knife and put it on the table.  It was too 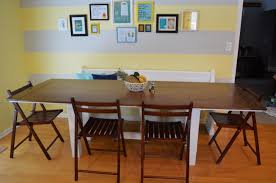 late to hold the door against whatever was coming.  On the third crack, the door swung open and Carlos and one of his thugs, or one just like the others came in.  No one was there but her, Mama and the little ones, but she figured Carlos knew that already.

Latasha hit the key on her phone to dial Detective Lisa and then set the phone on the table.  “Carlos,” she said.  The man had a gun in his hand.

“Latasha baby, is everything alright?”  Mama called down the stairs.

“You should be dead,” Carlos said.

“Your bus driver was an idiot,” Latasha spoke calmly.  Carlos shrugged, like he already figured that out.  “And your bomb?  You missed.”

“And that was a professional job,” Carlos said, but shrugged again.  “Sit.”  He ordered, waved his gun and Latasha turned the kitchen chair and sat facing the man.  “If you cooperate, maybe I will

leave you broken, but not dead.”

“Why should I cooperate?”

“Because you have a mother and little brother and sister upstairs.”  Carlos raised his voice.  “And even if your mother is listening, I know there is no phone upstairs.”  That was not true.  James left his phone home when he shipped off for basic training and Mama had already gotten it.  “Remmy,” Carlos finished speaking and used his gun to wave the thug in Latasha’s direction.

“Why are you doing this?”  Latasha asked.

Carlos got hot and angry.  “Because you have ruined my reputation.  No one respects me because you are just a fucking high school bitch.”

The big man stepped over with a grin.  He was the kind that enjoyed causing pain and he started by taking Latasha’s hand.  “What are you doing?”  She asked, but did not resist.

“First the fingers,” he said and grabbed her little finger and bent it back, but then she resisted and he was stymied.  He could not bend it to the breaking point, and when the little finger stopped moving, Latasha grabbed his hand in return and squeezed.  “Ow,” he said as he yanked his hand free, but he got angry and the back of his hand flew to her cheek.  He held nothing back and her head turned, her eyes watered and her lip dripped blood from the blow.  Worse, her whole back

felt enflamed and filled with pain because of her wounds.

Latasha’s phone started to speak.  “If you wish to make a call…”

The man, Remmy looked at the phone on the table.  Carlos reacted, but was distracted by a noise on the stairs.  Latasha’s mama called again, “Latasha,” and came part way down.  There were sirens and flashing lights outside.  Latasha could not wait.

She hit the man beside her square in the face before she pounded on the man’s chest.  That sent him flying back into the living room, even as Carlos fired at Latasha’s mother.  Carlos missed because of the distraction and Latasha’s mother raced back up the stairs.  That gave Latasha enough time to grab the big kitchen knife off the table and throw it, even as Carlos turned again in her direction.  The knife was not made to be thrown.  It could have hit the man with the handle as easily as the blade, but it was a distraction while she covered the three steps to face him.  Otherwise, he would have shot her.

The knife struck true and sank into Carlo’s middle.  Carlos paused long enough for Latasha to arrive and grab his gun hand to wrestle the gun free.  She pointed it away, but Carlos pulled the trigger several times and Remmy, who had gotten up mad, staggered back to fall on the couch and bled from several places.

Carlos let go of the gun and went to the floor, Latasha right with him.  As the police came running up the walk, Latasha got a word in Carlos’ ear.  “Baseball.  Three strikes, you’re out.  If you survive, next time I will kill you for sure.”

Rob Parker burst in and Latasha’s mama came racing down the stairs.  They got Latasha to a chair and Mama stayed right with her while the police made frantic calls.  Latasha’s robe was full of blood, mostly blood from her own back where every wound opened.  Remmy was conscious, his eyes open while he bled all over the couch.  Carlos had his eyes closed, but his hand was on the handle of the knife in his belly and he moaned in terrible pain.

Latasha’s mama had some words.  “Honey, that club you are in is too dangerous.  You need to quit that club.”

Latasha smiled at her mama despite her pain because Mama did not know she was a lifetime member, and she smiled because for the first time she felt like she really belonged.  Then she explained because Mama needed to know.  “These are Darren’s enemies.  Thank Darren for this mess.”

She said no more because Rob Parker came over to help her walk out to the waiting ambulance.  The medical techs were working on Remmy and Carlos and they probably should have been the first transported, but they were overruled.  Latasha’s safety was the priority.  All Latasha could think was she hoped these trips to the hospital would not become a regular thing.