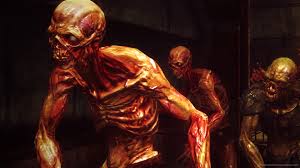 “Zombies,” Detective Lisa said. “You have to sever the head or they keep coming like the energizer bunny.”

A group of people and some of the company screamed and ran out to the range for safety. The three who followed the crowd moved more slowly. They were dead men. Terrence, Carl, Captain Driver and two of the students all grabbed rifles and fired with little or no effect. How do you kill something that is already dead? Lisa paused long enough to set down her purse, remove her trench coat and unzip an inner pocket. She pulled out two wicked looking knives with blades as long as Emily’s forearm. She tossed one to Emily.

“I’ve been known to use them both, but in this case I am glad for the help. Be just a minute, Captain.” 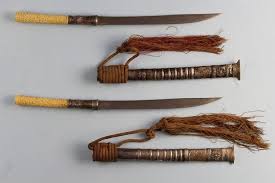 She shouted the last before she leapt forward and planted both feet in the chest of a zombie, which effectively knocked him down. She landed on top, bent down and it only took one clean, quick move to remove the head from the body.

Emily stared before she had to move. “But what if they scratch me?” She shouted as she kicked her zombie to the wall.

“Stupid movie,” Lisa said as she tripped the third and stood on its back to remove the head. Emily easily avoided the flailing arms of her zombie and sliced hard at the neck. It was not nearly as clean a cut as the detective’s. She needed practice.

Lisa and Emily stepped back, side by side to look and to everyone’s surprise, the headless bodies started to get back up. “This is different,” Lisa admitted.

“Go for the heart,” Karyn shouted and tossed her rifle to Emily. Lisa pulled her police pistol and Carl stepped up to take the third. Carl was not as accurate as the women, but he was near enough. All three zombie bodies jerked and jiggled like they were being electrocuted. They collapsed. There was no blood, of course, but plenty of green goop that ran a little thicker than blood.

Emily carefully cleaned her knife before she tried to hand it back. Lisa just waved toward her trench coat since she got busy on the phone. Emily guessed Ashish and Julie Tam, the medical examiner were on the way. She picked up Lisa’s knife, cleaned it just as carefully and put both knives back in the zipper pocket. Karyn got her rifle back as Captain Driver spoke up.

“Good work, soldier.” Captain Driver surprised Emily, and even more so when he pointed at Karyn. “You too.” Then he pointed at Carl. “You too.” Carl and Karyn shared a look that said something more than just congratulations. Emily turned back to Lisa as the detective hung up and talked to the captain.

“I will have to keep Emily.”

Emily pointed at Karyn and Lisa nodded. “The two of them for a time. I will bring them back to the university, probably in time for supper.”

“Ma’am.” Captain Driver tipped his hat and turned to the spectators. “The rest of you wimps and wusses gather up the equipment and get to the bus, on the double.”

“Sir, yes sir!” Fortunately, all the soundproofing around the room blunted the volume. 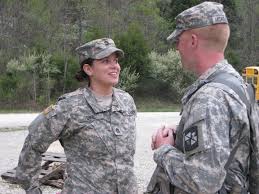 Karyn came up grinning, like she just won the lottery. Lisa turned to Emily and spoke sternly. “I know I said consider your intuition, but don’t ever lose sight of your other senses.” She paused when she looked at Karyn. “I’m sorry…?”

“I should have remembered. Would you please watch the stiffs and keep them stiff. You can talk to Julie, the medical examiner when she comes, but I need to talk to Emily alone for a bit.” She slipped her arm around Emily to take her aside and Emily smiled and spoke first.

“You were really impressive, mom.”

Lisa frowned, but it was a friendly look. “I get enough of that at home.” That made Emily raise her eyebrows. “Oh yes, thirty-five, married to a wonderful man with three great kids. Well, Bobby can be a pain, but he just turned thirteen. Officially a teenager, you know.”

“But I thought—” Emily stopped. She was not sure what she thought.

“You thought what? There are warrior women all over the world living perfectly normal lives. Many of them have no idea what they are capable of doing, and are not needed. True, they are drawn to the military, to police work and the like, but many are doctors, nurses, helping professions, and lawyers too I suppose.” 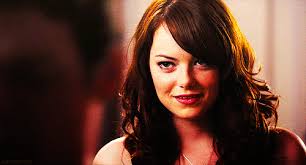 Lisa shrugged. “You were unfortunate to land in the middle of double trouble.”

Lisa nodded. “The adrenaline gang and the zombie gang are two different issues.” Emily thought about it, knew it was true, and softly mouthed, “Great!” by which she meant terrible because trouble usually came in threes.

“But why did you come here? I mean to the firing range. Why did you want to see me?” Emily had to ask.

“Ah.” Lisa stopped walking and turned to face Emily. “I have a soccer game and a ballet recital tomorrow.”

“She is seven,” Lisa said with a smile. 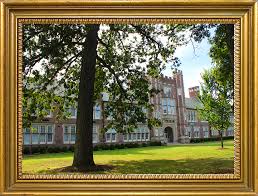 “Anyway, I was wondering if you would watch the high school tomorrow. You will have some help on the inside if you need it.”