Maria’s door was wide open. Everyone in the dorm could hear Gloria yelling and things breaking as Gloria threw things. Jessica and Emily could only stand in the hall and comment. The man tried to calm her, they thought, but they were not sure. It was all in Spanish. 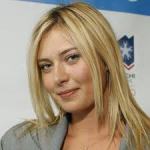 “The hair brush was a nice touch, but a bit cliché, don’t you think?”

“Please,” Jessica turned to Emily. “No one actually lives in Hollywood. At least no one that matters.”

Gloria came stomping out of the room and headed for the door to the outside as Maria came in the door. The man looked embarrassed, but followed Gloria closely, still speaking soft and calming words.

“Hey guys,” Maria said. Then she saw her room and shouted. “What happened to my room?”

“Hurricane Gloria,” Jessica answered softly before she and Emily helped Maria clean up the mess.

Every chapter/episode in The Elect, Freshman Year takes 4 posts: M, T, W, and Th. Some people like to wait until Th (F, Sat, or Sun) to read the whole chapter/episode at once. If you miss a post, you can find it alongside the blog under recent posts. If you are a late starter, you can always click on the archives and select November 2015. That will take you to the beginning of the month where you will find the beginning of the story, aptly titled… The Beginning… Go for it, and happy reading.