After the initial shock, Emily found a broom and used it to turn the body to its back. It was a woman, but they could not tell how old. It appeared shriveled and mummified, a dehydrated corpse, like it lost all of its moisture.

“Gross,” Maria said. Jessica could not look at all, but she called 9-1-1 on her cell and then thought to call the campus police. Emily decided to get her things in the dryer before the police came and cordoned off the whole room with yellow tape. Maria forced open the back basement door and found a brick to prop it so it stayed open. No discernible smell came from the corpse—no smell at all in that room apart from one too many dryer sheets.

After a moment, Emily remembered to call Detective Schromer. She left a mes

sage in the woman’s voicemail and then they waited, but not for long. Bernie the campus cop arrived, took one look, and had to run back out for some fresh air. The girls imagined he got sick, but tried not to think too hard about that image. The mummy was bad enough. When Bernie returned, just before the police arrived, he looked straight at Emily.

“What is it about you?” he asked. Emily could only shrug.

When the police came, the girls got hustled outside while the police roped off the area with plenty of yellow tape, just as Emily surmised.

“Hey, my clothes,” Jessica complained, but it seemed a feeble complaint.

Some Asian looking woman arrived. The girls guessed she might be a police woman since they let her straight in, but detectives Schromer and Mousad arrived a moment later and corrected their thinking. “Doctor Julie Tam, Medical Examiner,” Detective Schromer explained.

“That is what I really want to do,” Maria admitted and craned her neck to try to peek inside. 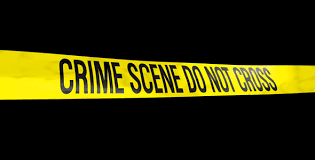 “Gross,” Jessica said and Detective Mousad looked like he agreed.

“Can we talk?” Detective Schromer asked Emily. Emily shrugged and stepped aside with the detective. “You must tell me what you found out.”

“What?” Emily was not sure what the detective was asking. She thought about holding a flag for a long time. She considered the meditative trance that required. She thought about Pierce and the professors Swenson, Zimmer and Hilde. She thought she was not doing well in biology. “Nothing.”

Detective Schromer closed her eyes and considered. “I need you to be my eyes and ears on campus,” she said. “There is something serious going on and I need to find out and stop it before it goes any further.”

“You are the elect.” Detective Schromer stopped short of saying it was Emily’s job. She said instead, “I trust you.”

“But, what is going on? What are we talking about?” Emily asked, and thought that she was only a freshman. Everything seemed new, odd and strange to her. How would she know if something might be unusual or out of place?

“Emily is under cover. My eyes and ears on campus. We need to fill her in on what information we have so she knows what to look for.”

The medical examiner looked at Emily like this might not be normal procedure, but she spoke. “Like the other ones. About twenty. We can assume a student. Completely drained of liquid with no discernible point of entry. Mummified, but probably no more than a day dead.  I’ll know more when I get her back to the lab.”

Two men came out with the corpse in a bag. They set it on the stretcher they had set up on the walkway and wheeled it to the ambulance.

“The others?” Emily asked right away. She had not missed the word.

“Ashish thinks it is a mythical monster having lunch.” Detective Schromer smiled.

“That is as good a theory as any for all we know,” the medical examiner said as she started back to her car.

“You don’t mean…” Emily hardly knew what to ask or say.

“No,” Detective Schromer responded flatly, suggesting it was ridiculous to think such a thing, but when she looked at Emily, she appeared to change her mind. “Not in this case. I would have been contacted.”

“Just keep your eyes open and don’t be afraid to trust your instincts. There is power in a woman’s intuition, even in one who is not elect. For you, your intuition should be magnified many times over in the face of danger,”

Emily nodded and several pictures flashed through her mind. She thought of Morgan Granger, Doctor Zimmer, Captain Driver and Terrence Williams, but she dismissed those thoughts. They were people she did not like, but that just meant they were jerks, not nefarious. “I’ll look around.”

“You be careful,” Detective Mousad said kindly, and Emily nodded.

“Just two questions,” she said before the detectives could leave. “One, can I ask my friends for help in case they notice something suspicious I can check out?”

“What are we talking about?” Detective Schromer needed specifics.

“Maria and Jessica, Tom and Owen go with them, and probably Karyn in ROTC.” She thought of Pierce but shook her head. “That’s it.”

“Can they keep their tongues from wagging?”

That leaves Jessica out, Emily thought, but she said otherwise. “Yes.” The detective nodded. They began to turn away.

“Oh, and Detective Schromer.” They paused again. “Second, could you tell your people that we would like to finish doing our laundry and get back to our rooms some time tonight?”

The detective nodded and spoke around Emily’s shoulder. “Millsaps. They have laundry to finish. Let them.” She did not make it a suggestion and the police officer nodded with a “yes,” and a sloppy salute. Detective Schromer turned again to Emily. “And it is Lisa, not Detective Schromer. I am like your sister, not your mother.”

Emily smiled. She felt good about that even if she could not quite mouth the word, “Lisa.” She turned to her friends as the detectives walked off.

“When we get back upstairs,” Emily said with one last glance at the detectives. “Too many ears here.”

“Oh goody.” Maria grinned and rubbed her hands. “I like a mystery.”

Be sure and return next Monday (T, W, and Th) for the first chapter/episode in the novel/ season. If you miss a post, you can always find it on the side of the blog under the heading “recent posts”. In fact, you can wait until Thursday (F, Sat, or Sun) if you like, and select one post at a time from the recent posts to read all 4 posts in one sitting. It is up to you.

If you are starting late, you can always click on the archives button and select November 2015. You will find the beginning episode and you can work forward from there to the present post.

After the beginning episode, all 22 of the regular episodes (chapters in this serialized novel) will be posted in 4 posts (M, T, W and Th) over a single week. Again, you are welcome to wait until Thursday (F, Sat, or Sun) if you want to read the entire chapter/episode (all 4 posts) in one sitting.

Thus far, Emily has been told she is an elect and show some signs of unnatural abilities, but she is not exactly sure what being an elect means. She has to puzzle out what she can. She may not have much time. She and her friends have already found one body, and Detective Lisa has assured them that there have been others. Someone is killing co-eds, and in a most unusual way….