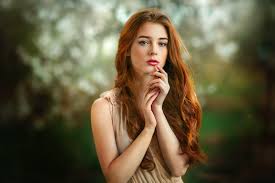 Flern nodded. “There are other lives,” she said. “But I don’t remember most of them, you understand.”

“But some of them are men, aren’t they?’ Pinn became very insightful. “Like maybe this Wolven you sometimes talk about?” It might have been a question.

“Wlvn.” Flern nodded and tried to say the name the right way, the way she had practiced it. It came out sounding more like “Ulvin.” “But he is from the past, about five hundred and eighty-six years ago.”

“I thought it might be something like that,” Pinn said, before she grinned a little. “I had an imaginary boyfriend when I was younger, but mine wasn’t real.”

“But yours did not turn out to be yourself from long ago,” Flern countered.

“It was me, in a way,” Pinn said, wisely, and Flern understood. They sat and watched the arguments for a while longer before Pinn spoke again. “So, can I meet this Wulvin? I assume you can find him the way you found the Princess.”

“Maybe someday.” Flern shifted in her seat and felt a bit uncomfortable about it all. “But only if the circumstances are right.” That was not strictly true, but she felt she had to explain, and only wished Vilder could hear as well. They were the leaders of this expedition and needed to know how it worked. “You need to tell Vilder. I can’t just make the Princess show up because someone thinks she might be needed for some reason.” Pinn raised her eyebrows again, so Flern continued. “This is my life. None of the others—the other lives I have lived don’t have any business being here at all. I am the one who has to go over the mountains and fetch the weapons—the bronze. I have to try and raise an army and come back and face the Wicca and her Jaccar warriors. That has to be me, and I have to make all of the decisions along the way, myself.” Flern dropped her eyes and yanked out a handful of grass. She slowly let it run out between her fingers as she finished her thought. “No other life is going to die in my lifetime and in my world. If it is my fate to die on this journey, I have to be there to do it.”

Pinn lowered her eyebrows. “A morbid thought.” She patted Flern’s hand and Flern took that action to grab Pinn’s hand and look at her straight on.

“I’m still just Flern, just a girl who started from nothing like any other person in the world. Pinn, we were babies together. I didn’t even know I had any other lifetimes until just a short time ago, and really not until I talked to Mother Vrya.”

“Not for a couple of thousand years, but it is not what you think.” Flern honestly could not remember exactly when Nameless would be born, but she felt that was fine, because she decided it would be best if she avoided too many details about that life.

“The goddess of love will be your mother?”

“It’s not what you think.” Flern repeated herself.

Pinn nodded. “But it is what some of the others are beginning to think,” she said.

“Well, don’t let them.” Flern sounded determined and hoped Pinn would catch it. Flern dropped her eyes again. “I couldn’t stand it if everybody started treating me different—if everybody stopped being my friends.”

“How about if Kined started to think of you differently?” Pinn asked. Pinn nudged Flern in the ribs, even if it was not a physical nudge.

“Grrr.” Flern responded in her way before she confessed. “I wouldn’t mind if he thought of me differently. But not like that. Really, Pinn, sit on them if you have to.”

“I understand,” Pinn said. She patted Flern’s hand again before she took hers back to wrap her arms around her knees. “So, Mother Vrya. What is the goddess like?”

Flern smiled, broadly. “Lovely, and a wonderful person. You would like her, and I am sure she would like you very much.” Flern paused and imitated Pinn in raising her own eyebrows. “She probably already does, I suppose.”

Pinn nodded. “I guessed as much. You know, I used to pray to her every day when I was little.” Flern looked at her friend. Pinn had a big nose, little, squinty green eyes and lips which were too thick for her face. She kept her ordinary brown colored hair cut off at the shoulders because otherwise it would be as ratty and unmanageable as Strawhead’s. She might not be ugly, exactly, but out of all the girls, she was certainly the farthest away from pretty. Flern looked over at the boys. Vilder, on the other hand, had the clean-cut, sculpted look of a quarterback, or maybe a model for a trashy romance novel.

Pinn let a few little tears well up in her eyes. “I know. It is all I ever wanted.”

Flern leaned over and hugged her friend. She felt happy for Pinn, and Pinn hugged Flern right back. They would remain friends, no matter what. They stood together without another word and got into the middle of how to cook the liver without a pot to boil it or a pan to fry it.

They did not leave that place until noon, and by then Flern started chomping at the bit as surely as the horses. She said if two of the Jaccar could swim to this side of the river, despite the assurances of the naiad, maybe others could, too, and they were risking another confrontation every minute they stayed. “And maybe this time one of us will get hurt,” Tird added, and Vinnu stood right there to agree with him.

“Yes, but maybe those two just wound up on our side of the river after being dumped. Maybe the naiad did not want to drown them. She seemed nice, I think,” Elluin offered.

“I feel we can trust her. She did seem nice,” Kined agreed.

Flern frowned but did not growl. Odin’s permission meant a lot. She doubted that even any of the gods would dare go against that; but still, she felt anxious and got worse by the hour. Vilder ended the discussion, however, when he became very practical.

“We have a long way to go and no telling when we might get a next meal. It is only sensible to take as much of this animal with us that we can safely smoke and burn in the short time we have.”

“Salmonella on a stick.” Doctor Mishka called it, but Flern deliberately did not listen to any of her other lifetimes at the moment. She felt seriously afraid of losing her friends, and maybe losing herself in the mix of so many lives and so much information. She did not want to stop being Flern, and she did not want to be alone.

They rode through the afternoon, though never at the pace Flern wanted. She knew they had no spirit guide like Badl to take them by the short cuts, so she feared the ground they covered could be made up easily by the Jaccar who were well practiced at moving in force at great speeds. She consoled herself by thinking that at least they were not being hunted by night creatures, slim consolation as that was. It would not be hard to understand why she did not sleep well that night in the wilderness. She dreamed about night creatures, and some of them were werewolves, and some of them were giants, and all they wanted to do was eat her friends and laugh at her in her loneliness.

The following day repeated the first, a slow and regular pace that did not help Flern’s stress. The area remained unchanged, being a gentle, rolling landscape where the meadows, grasslands and occasional swampy areas got broken up by mixed forests of oak and fir. The girls all enjoyed the ride, pointed out the lovely spring flowers at every chance, and the boys got frisky, not seeing the spring in the flowers but feeling it in their bones. The couples had agreed for the sake of Flern and the single young men that they would camp with separate boy’s and girl’s areas, but that did not keep the couples from riding side by side and whispering sweet thoughts all day long.

Pinn stayed all day beside Vilder in front, and Bunder brought up the rear, so sometimes it felt hard to remember that he was there. Thrud and Tiren came next to the front, but Vinnu and big Gunder wandered off sometimes into the woods. Flern’s stooges were not averse to showing off, pretending to be the great horsemen, which they were not. It actually became comical and entertaining, but it would have become really annoying if Flern did not have Kined beside her for most of the morning to offer his color commentary. Flern and Kined talked softly, but sadly all that day, and it was nearly all about her clowns and the fact that Elluin had seemingly trained her horse to ride a half step behind Drud. Flern found that disgusting. Kined called it sad.

They finished off the deer at lunch and Vilder started talking like he might stop them around the middle of the afternoon so they could hunt. Flern objected strongly. This was day two. The naiad only promised one more day and then the Jaccar would surely be after them.

“You don’t really think the Jaccar will follow us, do you?” Drud said, and he said it as if to suggest that Flern might be crazy to think it.

“I do,” Flern said, despite the threat of ridicule. The group actually split on that possibility, about down the middle. “They know what we are doing. The Wicca cannot afford to let us escape and raise a resistance against her. It will make her further expansion to the west much more difficult.”

“But we have come so far,” Thrud insisted. “Surely they would not come this far just for us.”

“Some have escaped before,” Kined pointed out, and Flern nearly growled at him. She counted on his support.

“A few ragged refugees,” Flern countered. “The Wicca probably let them go to spread fear of the Jaccar. That would make her job easier. That is not what we are about.”

Once again, Vilder ended the argument by being very practical. “Whether they follow or not, we still need to eat. We will have to stop long enough to hunt and gather.” Still, Flern pushed for them to ride as far as possible, and she spent the early afternoon wondering if Badl might still be alive and around somewhere, and if maybe she could find him, and he could lead them by swifter spirit ways so they could put some real distance between them and the Jaccar.