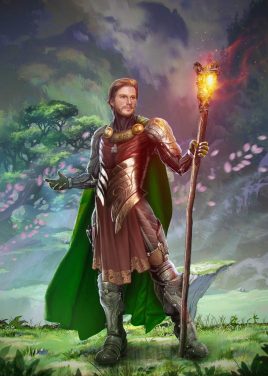 “I know something of your Nameless one.” Baldur said, and appeared to think hard to remember exactly what he knew. Wlvn only paused for a moment.

“Anyway,” he said. “I’m just sort of frustrated. I’m sorry I was rude. What was it you wanted to tell me?”

“Why are you frustrated?” Baldur wondered.

“Well, it’s just…” Wlvn got his thoughts together. “I agree that the Titan has to go. This travesty of human slavery has to be ended, but I don’t understand. Why are you all expecting me to do the job? If you want to get rid of the Titan, why don’t you do it yourselves?”

“We can’t, and no, I cannot explain it right now, only trust me. We want this abomination ended as much as you, only we are depending on you to do it since you are not, strictly speaking, one of the gods.”

“I have to do it because I am not one of the gods?”

“Yes. And even that may be saying too much. I was told you were very clever.”

“Not by half.” Wlvn shivered before he confessed to Baldur’s questioning face. “The idea of coming face to face with the Titan scares me to death.”

Baldur nodded to say he understood. “All the same, I know you will try, and for the sake of my daughter whom I hardly know, I am grateful.” He laid his hands on Wlvn’s head then and Wlvn felt the courage rise up in his soul. This was not necessarily a good thing. He should have found his own form of courage in the course of his adventures, but as the saying goes, who can argue with the gods? He even managed a word.

“Thanks.” Then he had another thought. “I may need that courage against Loki.”

“Loki.” Baldur spoke in a not-too-kind tone of voice. “He was sent to spy on the Titan, but some of us know he is egging the monstrosity on. Of course, Odin won’t hear that.”

“Anyway, as for her name.” Baldur stepped aside to show a girl who appeared maybe Wlvn’s age, but she looked like such a little thing, she looked younger, topping out at five feet, if that. “It is Andrea. She is Greek.” 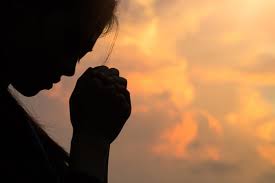 “Andrea. Greek? I thought you folks did not trade people between jurisdictions.”

“Between worlds?” Baldur confirmed what Wlvn meant by the word jurisdiction. “Normally we don’t. I had a whole story about her parents being traders and how she got stranded and how I hoped you could take her back to the land of Olympus. That story is planted in her mind and memory so you may hear about it, but the truth is, Aphrodite and Vrya had a long talk about the girl and told me that the girl would never be happy unless she came north. Naturally, I thought of you.”

“She is. That is why she discussed it all with Vrya, I suppose.”

“I feel like the stupid bachelor on the stupid television,” Wlvn said. “So now I am supposed to take her home to Greece and fall in love with her on the way, is that it?”

Baldur nodded. “More or less, but like the others, you aren’t supposed to marry her until after the Titan is killed.”

“But what if I already love someone else?” Wlvn asked.

Baldur stopped cold. “Do you?”

“No.” Wlvn admitted, but then he had to change his mind. It did seem like there was someone, somewhere, only that thought got blocked in his mind. He noticed the block. Still, he knew one thing needed to be said. “But Nameless is.” And suddenly, Nameless became accessible again, and Wlvn let him come through while he went away. Nameless immediately went to one knee and lowered his eyes. “Sir,” he said.

Baldur examined this new person of the Kairos with his eyes. “The others were right. It is remarkable the way you do that.”

“Sir,” Nameless said again, and Baldur paused to show that he was listening. “I intend to free Eir from Loki and the Titan, and when I do, I would like to ask for her hand in marriage.”

“Just me. Not Wlvn or any of the others. Just me, and just my lifetime.”

Baldur knew that Nameless was in fact one of the Gods and that mollified things a bit. “But she is just a child.” He protested all the same. “She isn’t twenty. She can’t possibly know her own mind.”

“Some women know things from a very early age. Trust me, I know what I am talking about. Anyway, I won’t be born for around twenty-seven hundred years, so I suppose she will be old enough by then.”

“What? Oh, yes, I see. That does put a different perspective on things, doesn’t it?”

“I will think about it,” Baldur said and vanished. Nameless also went away and Wlvn came home to get the girl, Andrea, off her knees. He held out his hand, thinking that this poor girl must be grieving for her family and overwhelmed by all of the attention of the gods. He would have to be gentle with her.

“Don’t touch me!” Andrea yelled at him. “Just because the god brought me here, don’t think it was by my choice.” She got to her own feet. “You keep your hands to yourself, mister. I don’t want any part of you.”

Wlvn withdrew his hand and stepped back. “So, what do you want?” he asked, politely.

“I want to go home, and you need to take me there,” she responded sharply.

“I need to? I don’t need to take you anywhere”

“I didn’t ask for you. I have half a mind to leave the whole gang of tag-alongs here. Let Baldur and Mother Vrya and Dite and the rest deal with you all.”

“Mother Vrya? Dite?” Andrea looked at him and then looked down at her sandals for a moment. It was impossible to tell what went on in that mind.

“Aphrodite.” Wlvn took a deep breath. “It’s a long story. Anyway, we happen to be headed in your direction. I suppose you might as well tag-along too. Maybe the night creatures won’t eat you. I don’t imagine you would amount to more than a snack.”

“Night creatures?” Andrea looked up again, and then her face twisted back into her ornery state. “Hey, wait a minute!”

“Lord! Lord!” Badl came running around the corner. Moriah came with him, but she paused a moment to genuflect.

“Lord,” she said. Andrea held her tongue, but her eyes got very big.

“Skinny Wilken is talking about taking Elleya back to the Dnapr so she can swim back to the sea.”

Wlvn wanted to say something, but he couldn’t get a word out above Andrea’s scream. He tried to reach out for Andrea, to hold her and calm her down, but she looked at him and screamed all the more. Wlkn and Elleya came running, and she darted to them, thinking that at least these two were human. They brought her back to the fire and eventually got her to calm down enough so Wlvn could speak to Wlkn.

“You can’t go back to the Dnapr. The night creatures will get you for sure, and you don’t know the way.”

“I figure due east and we are bound to come to the river.”

Wlvn shook his head. “We go over the mountains. It is harder, but quicker.”

“What did Mother Vrya tell you?”

“Oh.” Wlkn had forgotten that.

And at that moment, they heard Elleya explaining to Andrea. “Oh, no, dear. I’m a mermaid.” Andrea started screaming again and did not know which way to turn.

“You are not!” Andrea countered.

“Well, I am.” Wlkn said. “And you might as well get adjusted. I would have screamed a dozen times since we started this journey if I thought it would do any good. But these folks aren’t bad once you get to know them.”

“How can I trust you? she asked.

“How can you trust anyone?” Badl asked the pertinent question.

Andrea let out one more scream before she settled down.

“I don’t even know what words I am saying.” Andrea spoke to herself. “My family uses these words.” She spoke that in a completely different language and only Badl, Wlvn and Elleya understood what she said.

“If I talk to you in your own words, would you promise to stop screaming? You are giving poor Moriah a headache.” Badl asked while he rubbed his own forehead.

Andrea frowned at the dwarf and shifted her gaze toward Moriah to take in her long, black hair and her pointed ears. “Are you a real elf?” she asked, first in her own language and then again in the common tongue.

“Half elf.” Moriah said, shyly. “My mother was human.” Andrea said nothing but the expression on her face said something like, “Ewww!”

“I’m a mermaid.” Elleya repeated herself. “So tell us about your home and family. I have seventeen sisters and twelve brothers. We were all eggs together.”

Andrea turned her “Ewww!” face on Elleya, but she laughed. It was not exactly a healthy laugh, but not entirely a crazy one. After that, they turned to supper and bed. Andrea slept as far from the fire and the others as she could and still get some warmth against the November cold, when she finally slept.

The morning breakfast felt exceptionally quiet, and peaceful, Wlvn thought, until he heard the mournful wail of the baby in the distance. It had to be miles away, but it had clearly come to their side of the Dnapr and that meant trouble.

“We should make the Pivdenny Brgh before sundown. It has a river that is not too wide or deep, but it is deep enough, and swift.” Badl assured everyone.

“What?” Andrea asked, and they had to explain to her about the night creatures, and then about the horses. Andrea wanted no part of Wlvn’s hands at first. She feared he might hypnotize her, or make her into a slave, or something, but she quieted when he explained that it came originally as a gift from Poseidon, and it would not hurt her.

“My Poseidon?” she asked, and Wlvn confirmed, and he took a deep breath and laid hands on her to give her the knowledge of horses. Then he gave her Strn’s sturdy beast because Moriah had agreed to ride behind Badl on number two.

“What’s Pivdenny Brgh?” Wlkn asked as they mounted up because it seemed the first chance he had to ask.

“Deep old woods on high hills.” Badl answered. “Those hills lead right up to the edge of the mountains, though we won’t be crossing that way because the pass I know is still further south.”

“Anyone live there?” Wlkn asked as they rode.

Badl shrugged. “Few giants. Troll or two.” Wlkn let out a little shriek and Moriah gave Badl a sharp slap in the arm because he was not being helpful. “Okay.” Badl calmed the girl. “Wood elves. Nice folk if you like the sort.”

That was better for Wlkn, but Andrea looked frightened at that thought.

“They won’t hurt you,” Wlvn said to assure the girl.

“The gods don’t make promises,” Badl said what he had heard, and Moriah slapped him again because he still wasn’t being helpful. Poor Andrea rode the rest of the day in silence, but that was all right, because Elleya more than made up for it. Wlvn often rode out on the point, as he called it, just to give his ears a rest.