Outside, they found the horses just where they left them. Wlvn did not know what to make of that, but the horses did not appear to have missed them and they also did not appear to be hungry. They appeared rested, so Wlvn figured the Goddess, good to her word, kept them well. Wlkn stopped Wlvn as he prepared to mount.

“So, you really are planning on trying to kill the Lord of All?” He wanted to get things straight. He had a comment when Wlvn assured him that was indeed the plan. “I think that will be a very dangerous and difficult thing to do.”

“I agree.” Badl added his thought.

“I agree,” Wlvn admitted, but it changed nothing. The more he got in touch with his other lifetimes and memories of other ways of living, the more he knew that the abject slavery in which he got raised was wrong and had to be ended. What did Mother Vrya call it? Oh yes, the land of the abomination. Dangerous and difficult or not, he had to try, especially since it appeared that Odin and the other gods were not doing anything about it.

Wlvn got up on Thred’s back and grabbed Number Two’s reigns, and he shouted. “Thank you, Ydunna, for your wonderful hospitality. Until we meet again!” Even as he spoke, the mansion and orchard and everything associated with them faded from sight until they vanished altogether. The companions got left on the same grassy plains they had been traveling all along.

“Like it was never there,” Wlkn said softly, while he felt himself everywhere he could reach to be sure he was still there and still young. He had been an old man only a day ago, and the memory of all the aches and pains and incapacities and infirmities still felt very fresh, and not something to which he wanted to return any time soon.

Badl, meanwhile, got right up on Strn’s gentle horse and fell in behind without a word. Wlvn concluded that somewhere in the night, Badl had decided to go along for the ride. Wlvn felt grateful, because surely the gnome knew things about the wilderness and had a natural affinity for the animals of the wild that he felt might prove very useful.

For more than a day they had ridden up and down undulating hills, though the river remained steady beside them. Now, upon leaving Ydunna behind, they began to descend from what Wlvn could only imagine had been some kind of upland plains. The lowlands, by contrast, did not look too secure. The river spread out into bogs at first where it did not look safe to hunt or gather.

They made a good lunch from all of the food Badl managed to stuff into his tremendous pockets, and they did not think twice about the lint. They started the afternoon feeling refreshed and Wlvn felt like perhaps this journey might not be so difficult after all. They rode in silence most of the way, having very little to say at that point and being absorbed, each in his own thoughts. Over lunch, Badl had told them that the village in which they found him had been settled by people who escaped from the land of terror, as he called it; but that was before the electric fence and before the night creatures.

“I have not heard them all day,” Wlkn commented, hopefully.

Badl burst his hope. “Oh, they are still out there, waiting for the dark. Once they have the scent, they never give up until they die or feast.” Wlvn wondered how many there were, how many they would have to kill, but he decided not to ask.

As the day wore on, the ground beneath their feet became more and more of an actual swamp. Wlvn wondered what might live in that environment, but Badl assured him that there were mostly just deer and things like beavers and birds, eagles and gray heron. “There are cats, but they prefer the rocky places of the uplands, and wolves and bear, but they don’t venture much into the swampy areas, unless they are starving.

Wlkn looked every which way at that. “So, if I see something like that, I have to assume the creatures are starving.”

“But I’m not a gnome,” Wlkn pointed out.

“Yeah, well, they might eat humans. You have a point there.” 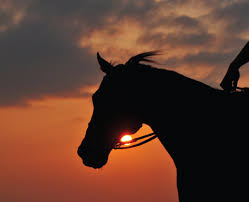 “Cut it out.” Wlvn scolded the dwarf for picking on the man as he dismounted. The others followed his example. “The ground here is too uncertain.” Wlvn looked to the sky to judge the time, before looking to the river which was hardly distinguishable from the land. “I had hoped there might be an island in the river we could swim to for the night,” he said. They had passed some islands, but they were all too near the shore or too small or in any case, too easy to get to. “Barring that, I say we move as far into this swamp as we can before dark. If the footing is impossible for us, it should be equally difficult for the night creatures. It might make them wary and slow them down enough.” He looked at Badl.

“It might slow them enough to make it to morning. It is impossible to tell with those creatures.”

Badl raised his bushy brows. “What, me?” Wlvn nodded. Badl grumbled something about the gods asking too much, but he went out front and spoke again after a while. “Actually, I do know an island of sorts in the swamp. There is only one safe way to get there, but the swamp things may have it covered.”

“Swamp things?” Wlkn had to ask.

“Bog creatures. Nasty spirits that like to drag things into the quick mud and gnaw on their bones. But maybe it will be all right.”

“He is kidding,” Wlkn said. “Tell me he is kidding.” Wlvn said nothing because he had a distinct feeling that this time, Badl was not kidding.

They reached the island just about the time the sun set, and Badl scouted it out on foot. “All clear,” he said on his return, and he escorted them across the bridge of solid ground that curved sharply around some quicksand. “The river is just over that ridge, and it is getting deep again in these parts. I figure in the worst of it, we might make a dash for the water.”

“Why not now?”  Wlkn asked. He glanced at the last of the light as he gathered some firewood.

“Can’t sleep in the river.” Badl gave the short answer.

“Because last we knew the creatures were stuck on the other side. If they found a way across, let’s make sure they are all on this side again before we cross over, otherwise the deep water won’t do us any good.”

“So they might still be stuck on the other side,” Wlkn said, hopefully.

For supper, they ate the remains of Badl’s pocket food with the ever-hungry dwarf, who snacked all day long, complaining that he was going to starve hanging out with a couple of human beanpoles. Wlkn built the fire bigger than it needed to be and ate in silence. Wlvn got quiet, too, but he did not stay silent in his mind. He had an internal conversation going on with the Princess, the Storyteller, Diogenes, Doctor Mishka and Flern and they kept explaining that the reason he could not reach Nameless or Amphitrite at the moment was because they were not going to help him out of his situation. He would have to decide what to do and maybe it was his fate to be eaten by the beasts.

“But the gods don’t have my fate line,” he kept saying.

“But that doesn’t mean you don’t have one,” they kept answering.

Badl snored that night. Wlvn got some sleep, despite the snoring. Wlkn almost felt sorry he had become young. An exhausted old man would have slept, regardless. On the other hand, a young man going without sleep would not exactly kill him. He woke Wlvn when he heard the puma scream in the distance. Badl also came instantly awake and shuffled up to stick his face between the others.

“Somebody was snoring. Kept me up all night,” he whispered, and then they heard the screaming cat sound again and tried to pinpoint its location. “This side of the river.” Badl said. Wlvn nodded.

“Get ready to ride.”

“Wait.” Wlkn stopped them for a moment. “Last time they screamed like that there were three much closer. They almost caught us.”

“Like scouts in a battle.” Wlvn repeated what Diogenes told him and nodded again. “We better hurry.” And they did, but they were not quick enough. Even as they drew their horses to the safe path off the island, they saw three sets of eyes on the other side. Wlvn dismounted. “Get ready to ride when I tell you,” he said. “Badl, take him straight to the river and cross over.”

“They may be on both sides of the river at this point,” Badl said; something Wlkn did not want to hear.

“Do your best.” Wlvn handed Badl Number Two’s reigns and by the look in his eye he dared the gnome to complain. Badl held his tongue.

“Lord!” Wlkn shouted and pointed. One of the creatures made a run for them. It went right into the quicksand, and the squeals of hopelessness and certain death made all three travelers throw their hands to their ears. Further conversation became impossible, so Wlvn simply stepped out on to the path and pulled his horse behind him.