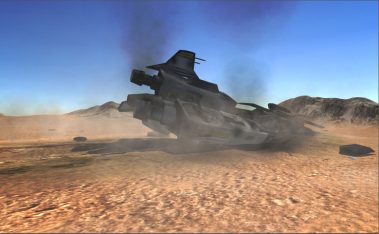 The travelers with the Berbers rode to the Flesh Eater ship and shook their heads, thinking there was no way any Flesh Eaters survived the crash when Elder Stow’s message came through their wristwatch communicators.  There were Flesh Eaters around, or at least one.

Lincoln, Alexis, and Decker all turned the sound down on their watches.  Nanette and Tony heard but did not know what to do about the message.  Katie and Lockhart both got ready to respond, and Lockhart spoke.

They got down along with about half of the Berbers.  The head man stayed a bit in the saddle to use the height to look around.  “I see it would be pointless to try and separate some of you when you can send messages to each other over a distance,” the head man said.

“We have several surprises,” Lockhart responded, not spelling things out.  The travelers got their various weapons, handguns, and wands while the Berbers uncovered and pulled some primitive rifles from their own saddles.

“I didn’t,” Lincoln said, and everyone stopped when they heard Boston’s voice over their watches.

“Alexis.  We need you.  Captain Argh, the Ape pirate captain has a hole in his leg that needs to be healed.”

“No.  He says it happened yesterday.”

“A bit busy right now,” Alexis responded.  “Be there when I can.” 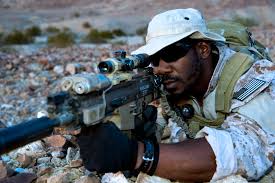 They wanted quiet, now knowing at least one Flesh Eater awaited, maybe inside.  The Flesh Eater surprised them.  A weapon fired, a sickly green light, and one of the Berber riders and his horse collapsed.  Decker returned fire. even as the Berbers shouted, screamed, and threw their hands to their ears or collapsed to the ground in agony.  The travelers still carried the discs which protected them from the Vr energy.  Elder Stow insisted they keep them until the days of the Flesh Eaters passed.  Clearly, the Berbers had no such protection.

The head Berber, still on his horse with three of his men, turned and rode off at all speed.  Lockhart added a shotgun blast to the one Decker shot at, but Katie hesitated until she saw a different Flesh Eater carrying the Vr projector.  She remembered that they had personal screens of some sort that protected them from swords, knives, spears, arrows, and even bullets up to a point.  It might take a dozen bullets from her high-powered advanced military rifle to penetrate.  But the projector had no such protection as far as she was aware.  She pulled the trigger and on the third shot, the projector exploded, knocking the Flesh Eater to the ground, and cutting off the projection of Vr energy.

The Flesh Eater with the hand weapon that tried to keep its head down after shooting one of the Berbers eventually succumbed to rifle fire.  Fortunately, around the wreckage of the ship, there were plenty of places for the travelers to hide behind.  Decker and Lockhart rushed forward when the Vr projector exploded.  Decker finished the one with the handgun.  Lockhart pumped three shotgun slugs into the one stunned by the explosion of the projector.  He saw when the second slug burned out the personal screen and penetrated.  The third slug finished the Flesh Eater.

Lincoln, Tony, Alexis, and Nanette pushed carefully around the outside of the action.  They found three more Flesh Eaters in various stages of dead and dying.  They lay propped up against pieces of the hull that blew off the Flesh Eater ship and got partially buried in the sand.  One Flesh Eater already looked dead.  One appeared to be unconscious.  The third was missing an arm, but he otherwise stared at the travelers through malevolent eyes, his tongue darting out now and then to taste the blood in the air.  He spoke.  The only time the travelers heard a Flesh Eater speak.

“My world is destroyed.  The enemy world is destroyed.  My ship may have been the last.  The enemy ship may have been the last.  Your world is off limits to outsiders?”  It paused and coughed, or maybe laughed.  “No world is off limits to the people.  Your world should be eaten.”  It coughed or laughed again as Tony fired six bullets into the alien.  Alexis and Nanette both made a sound of protest, but neither outright objected nor said anything.  Lincoln shot the other two, the one that appeared unconscious and the one that seemed to be already dead, just to be safe. 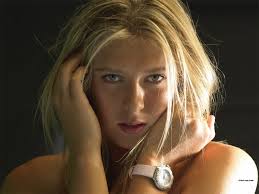 Katie came out from inside that section of the ship that remained intact.  She commented to Lockhart and Decker who disarmed the recovering Berbers and got them to sit on the sand while they waited for another Flesh Eater to show up, if there were any more.  “It doesn’t smell as bad as the old Balok ships.”  Katie pulled up her hand and spoke into her wristwatch.  “Elder Stow.  We could use your scanner to see if there are any more Flesh Eaters around that we have not accounted for.”

“I apologize, my mother.  I was just thinking it is too bad I could not be in two places at once.”

“Boss,” Boston interrupted to report to Lockhart.  “Captain Argh can see the Berbers on his scanner monitor.  They appear to be preparing to charge the ships, and they got guns.  Captain Argh did not know better, but I can analyze the material and did the math.  Sukki confirmed.”

Katie turned to the men beside her.  “My feeling is they don’t want to lose us as prisoners.  They want to capture us again now that we have eliminated the Flesh Eaters.

“Or kill us if capture is not possible,” Decker suggested.

“I agree,” Lincoln echoed as he stepped up with the others from the back.

Decker spoke into his watch and got straight to the point.  “Any people in this age with guns are to be considered enemy combatants.  They need to be eliminated.”  He looked at Katie and she nodded.

“We are still a few hundred years before black powder shows up in Europe.” she said.  “And cannon before handguns.”

In the Ape ship, Sukki began to panic.  “What can we do about the Berbers?  There are so many of them.”

“We can intercept them before they reach the other ship,” Elder Stow said, and he pulled his weapon and his scanner.  He got on the com.  “My Father.  I can see from here.  The scan shows five Flesh Eaters, but none appear to be moving.  I believe you got them all.  We will attempt to cut off the Berbers as they pass us by.  Hopefully, you will be presented with a manageable number.”

“Don’t risk yourself or the girls,” Katie responded.

Boston got out her wand before she went invisible.  Captain Argh swiveled his chair to face a different monitor that came up from the floor.  He ran a finger along a bar on the console, adjusted one knob, and pressed a button.  He held his finger on the button while the lights in the command center flickered and went out.

Sukki, Elder Stow, and Boston, who became visible again, all watched on the monitor.  A wide blue light came from the Ape ship.  The Berbers and horses fell to the ground just before they began their charge.  A few at the back of the pack survived but turned to run off.  The monitor shut down and some kind of yellow emergency lighting became the only light in the room. 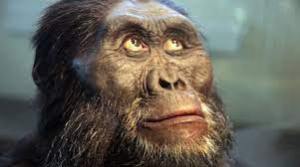 “You ended the Eaters.  My mission is complete, so I ended the threat to you.  It was the last bit of power from my fuel cells.”  He sighed, put one hand to his wounded leg, and appeared to pass out.

“As quick as I can,” Alexis said, and turned off her wristwatch communicator.  “I don’t know what she expects.  I have no idea what Ape anatomy might be like.”

Alexis nodded and mounted, and Lincoln, Tony, and Nanette rode with her to the Ape ship.  Lockhart, Katie, and Decker had seven Berber prisoners and seven Berber horses to deal with.